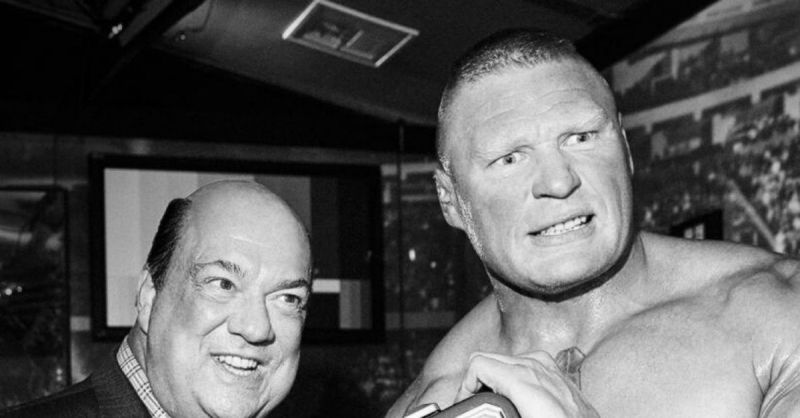 Top 5 / Top 10 Modified 14 Mar 2020, 06:53 IST Paul Heyman and Brock Lesnar.We're back with another edition of Sportskeeda's daily WWE Rumor Roundup.The Coronavirus pandemic has led to a necessary worldwide shutdown and most of the major sporting events have either been cancelled or been postponed to future dates.In the wake of…

We’re back with another edition of Sportskeeda’s daily WWE Rumor Roundup.

The Coronavirus pandemic has led to a necessary worldwide shutdown and most of the major sporting events have either been cancelled or been postponed to future dates.

In the wake of the alarming outbreak, there is still a lot of uncertainty regarding WrestleMania’s status and we have the latest updates on the same in today’s roundup.

Coronavirus and its drastic effects on the WWE product isn’t the only major story that has been covered today.

Will the Undertaker finally drop his iconic gimmick as part of his ongoing storyline with AJ Styles? What happened to the angle between Bobby Lashley and Rusev? What should we expect from Brock Lesnar after WrestleMania 36? Why was Vince McMahon ‘freaking out’ last week? As always, we have all the answers.

Let’s take a look at the biggest stories doing the rounds in the WWE:

#5. The Revival are expected to be done, update on their WWE exit

The headline above shouldn’t surprise anyone as Scott Dawson and Dash Wilder have wanted to leave the company for almost a year now.

Dave Meltzer revealed in the Wrestling Observer Newsletter that The Revival are done with the company. It was also added that the former RAW Tag Team Champions won’t be taking up a gimmick where they would mimic legendary tag teams from the past and in turn get buried in the process before they quit.

Their contracts were originally supposed to end in April, however, WWE claims that Wilder’s deal doesn’t expire until mid-June.

The Superstars were to be in a multi-tag team SmackDown Tag Team title match at WrestleMania but that plan was nixed due to the contract dispute. Meltzer also added that there is no update whether the tag team will be used in the Battle Royal at ‘Mania.

The Revival joined the company in 2014 and after six topsy-turvy years, they are expected to be released in June.