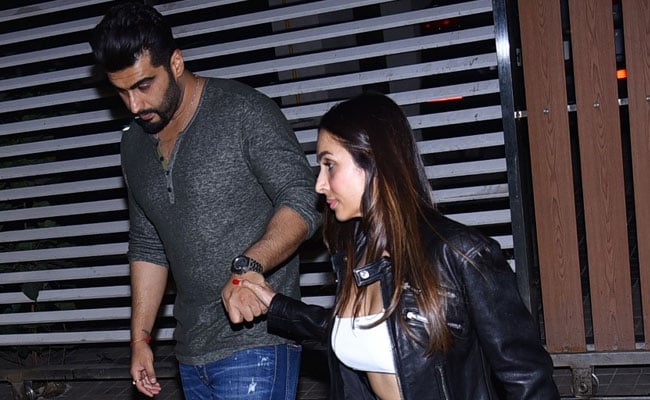 Malaika and Arjun spotted in MumbaiHighlightsMalaika and Arjun went to a friend's party together Malaika was stunning in monochrome Malaika's son Arhaan was also at the partyNew Delhi: Malaika Arora and Arjun Kapoor are couple goals! Don't you think? The star couple stole the show at their friend Bunty Sajdeh's birthday bash held at a…

Malaika and Arjun spotted in Mumbai

Malaika Arora and Arjun Kapoor are couple goals! Don’t you think? The star couple stole the show at their friend Bunty Sajdeh’s birthday bash held at a Mumbai eatery on Friday evening. After a night of partying, Malaika and Arjun were spotted exiting the venue together holding hands. As soon as they exited the doors of the eatery, Malaika and Arjun were greeted by the incessant popping of the flashbulbs, courtesy the eagerly waiting paparazzi. Malaika, who partied in high heels, can be seen being escorted by Arjun to the car. Malaika, a true blue fashionista, was stunning in a pair of black pants styled with a white crop top. Malaika styled her athleisure-party wardrobe with some statement jewellery and we can’t even…

Here are photos of Malaika and Arjun from last night’s party. Malaika’s smile says it all! 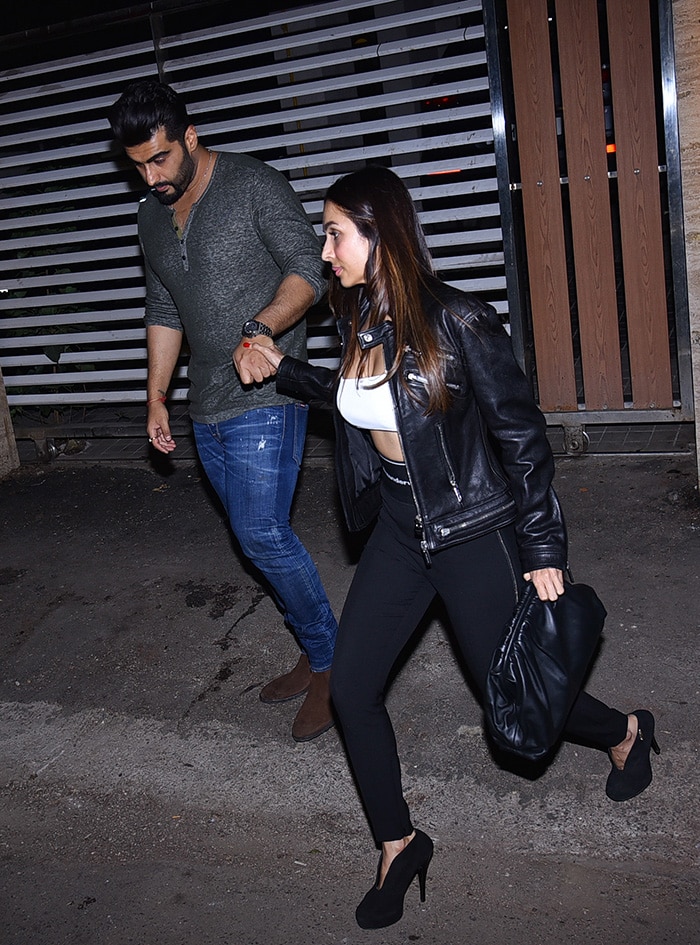 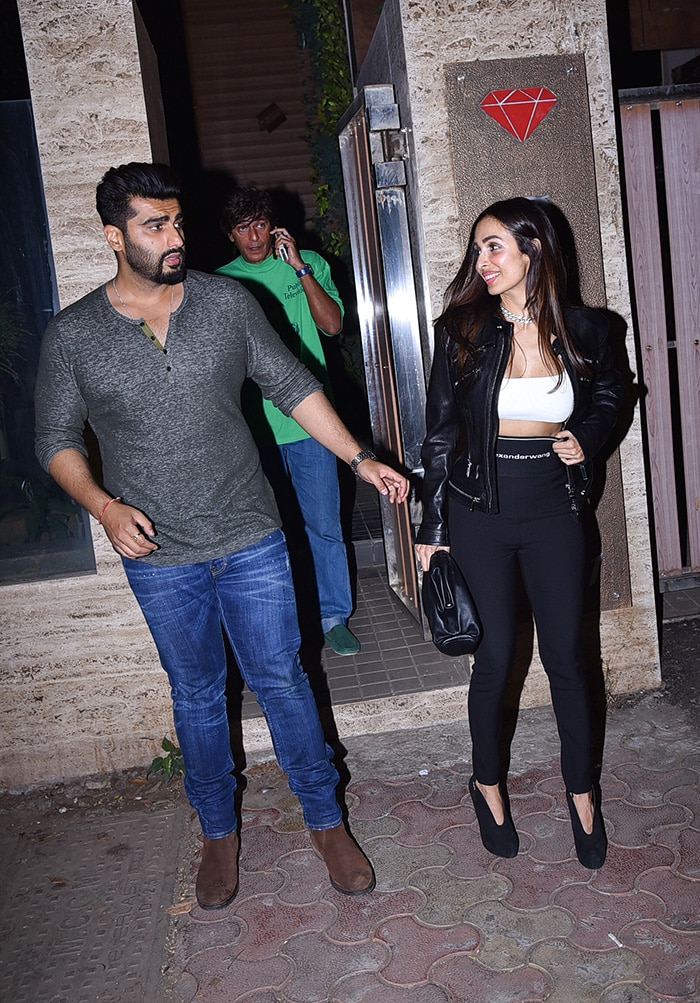 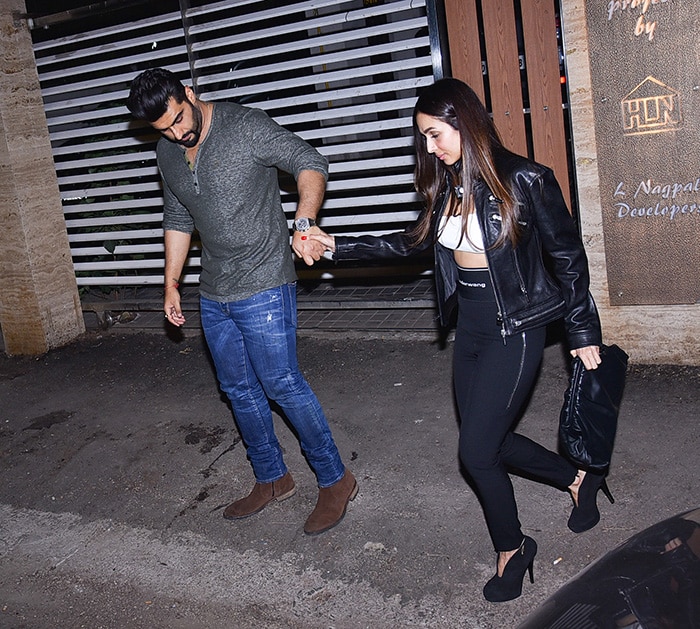 Malaika and Arjun were also joined by the actress’ son Arhaan Khan at the party. 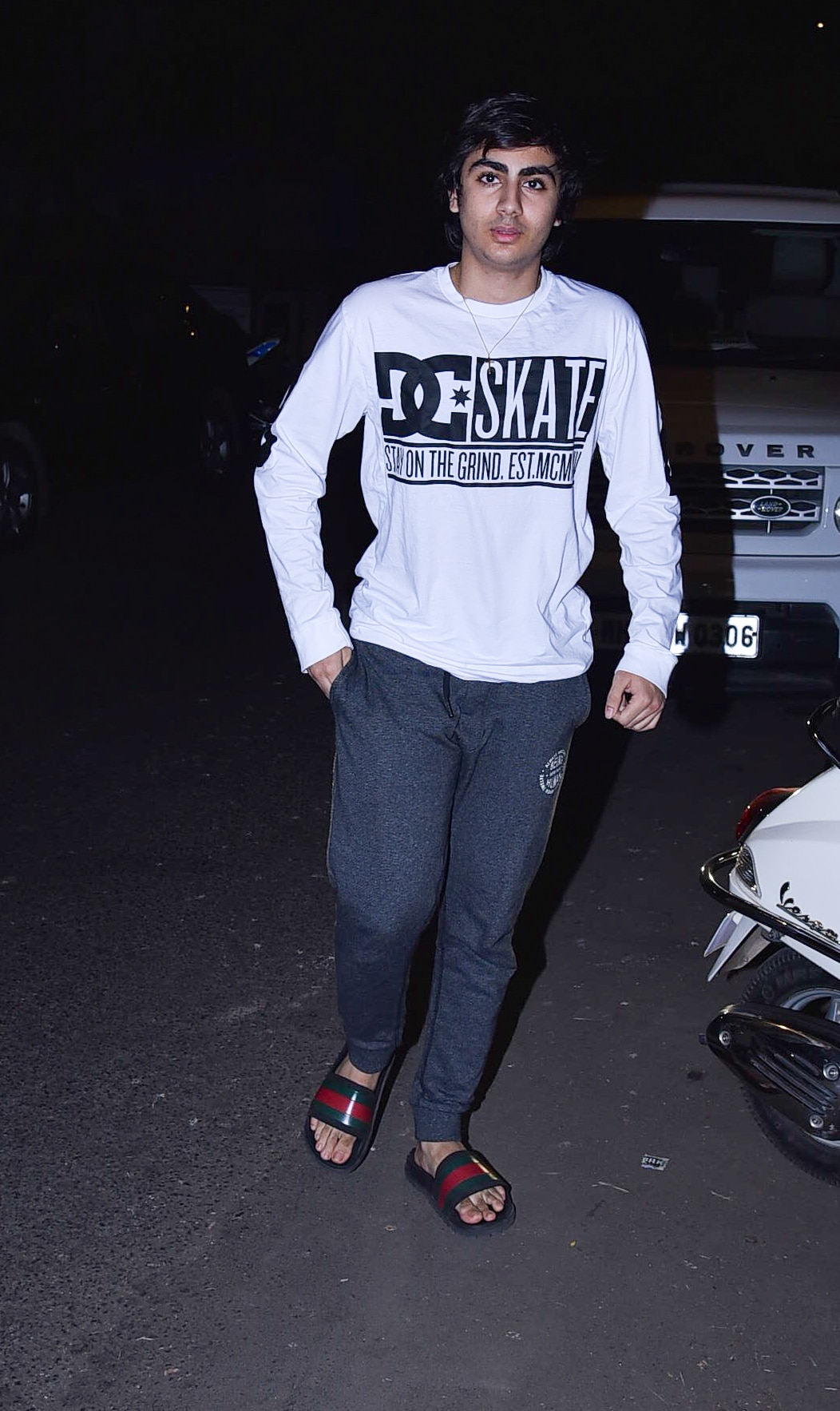 Earlier this month, Arjun Kapoor was Malaika’s plus-one at her mother Joyce Arora’s birthday party. Arhaan was spotted too. While Malaika arrived with Arjun, he walked in with Malaika’s sister Amrita Arora. 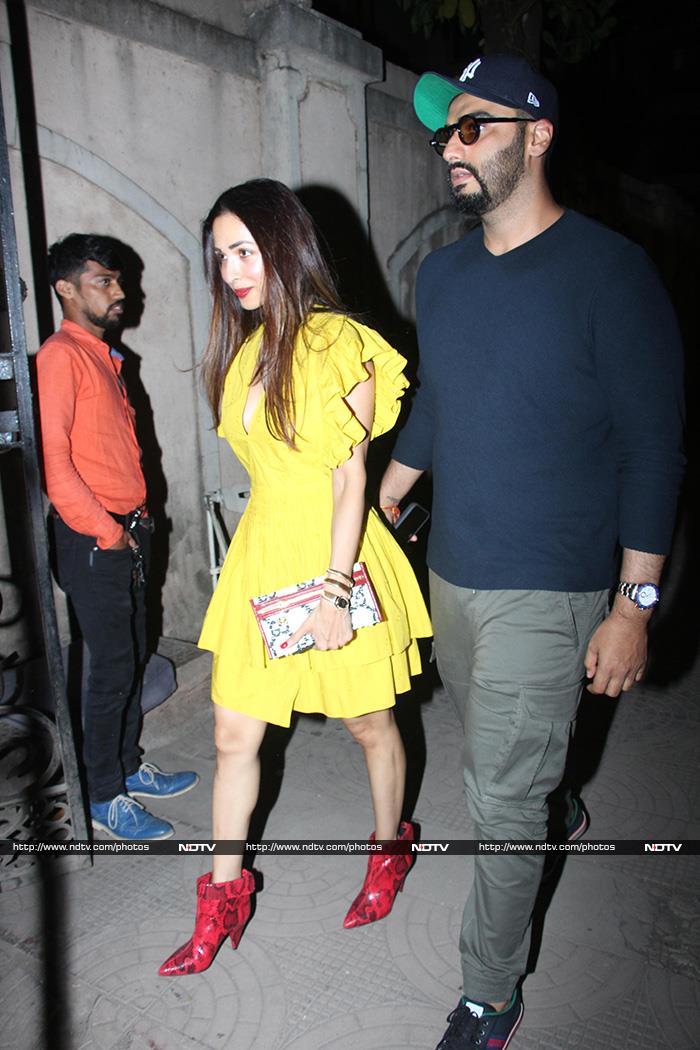 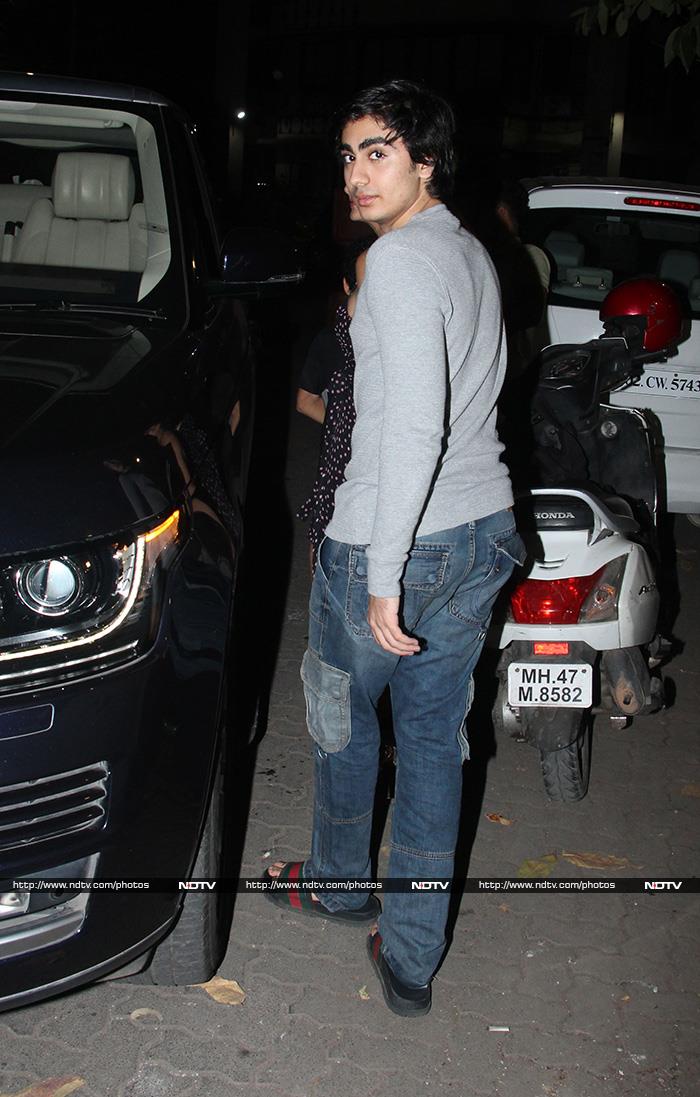 Bollywood’s new couple on the block, Arjun and Malaika always send the paparazzi into a tizzy with their appearances together. They attended the Christmas festivities at Joyce Arora’s residence. Malaika, 46, and Arjun, 34, often find their relationship status ridiculed by trolls for their age difference. But their social media posts are proof about their indifference towards negative speculation.