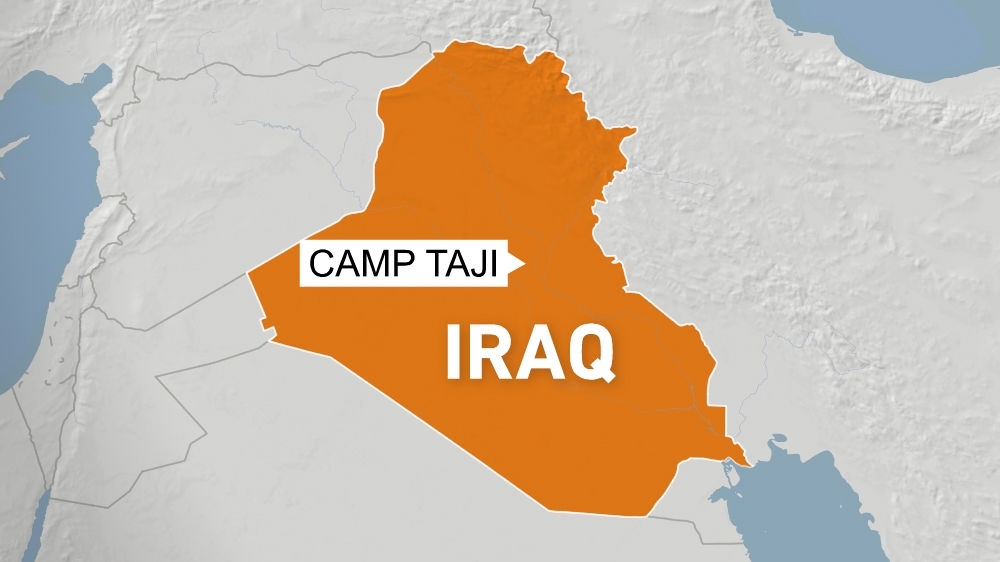 A fresh spate of rockets targeted an Iraqi base north of Baghdad on Saturday where foreign troops are deployed, Iraqi and US security sources told AFP, in a rare daytime attack. It was the 23rd such attack since late October on installations across Iraq where US troops and diplomats are based, with the latest rounds growing deadlier.…

A fresh spate of rockets targeted an Iraqi base north of Baghdad on Saturday where foreign troops are deployed, Iraqi and US security sources told AFP, in a rare daytime attack.

It was the 23rd such attack since late October on installations across Iraq where US troops and diplomats are based, with the latest rounds growing deadlier.

None of the attacks have ever been claimed but the US has blamed hardline elements of the Hashed al-Shaabi, a network of armed groups incorporated into the Iraqi state.

At least 33 rockets hit Iraqi air defence units at the Taji air base on Saturday, the country’s military said, in one of the largest such volleys yet.

The US-led coalition said three of its members were also wounded in the attack.

Iraq‘s military said it had found another 24 missiles at a nearby launching site and had detained the owner of the plot of land as well as security forces from an adjacent checkpoint for questioning.

The US-led coalition’s surveillance capabilities have been impaired by cloudy weather in recent days, which a US official said may have contributed to the attackers’ readiness to launch the rockets during the day instead of under the cover of night.

Taji is overcrowded with members of the US-led coalition helping Iraq fight jihadist remnants, after units were moved to the air base from other installations.

It came three days after a similar attack on the base killed two American military personnel and a British soldier – the deadliest such incident at an Iraqi base in years.

The US responded Friday with air strikes on arms depots it said were used by Kataeb Hezbollah, an Iran-aligned faction within the Hashed.

At least five members of Iraq‘s security forces and one civilian were killed, none of them members of the Hashed, according to Iraq‘s military.

“Since then we’ve heard widespread condemnation by many sides here in Iraq,” Al Jazeera’s Simona Foltyn, reporting from Baghdad, said. “We’ve also heard some of these Iranian-backed groups once again promising to retaliate against US positions herein Iraq.”

Iraq has long feared it would get caught in the spiralling tensions between Iran and the US, its two main allies.

They dramatically spiked in late 2019 when a US contractor was killed in a rocket attack on a separate base in northern Iraq, leading to retaliatory American strikes on Kataeb Hezbollah.

Iran launched ballistic missiles at US troops in Iraq while the Iraqi parliament voted to expel all foreign soldiers from its soil, a decision that has yet to be implemented.

Some 5,200 American troops are based in Iraq as part of the US-led coalition helping local troops root out the remnants of the Islamic State group.

Top US military and civilian officials had long expressed frustration that Iraq‘s government was not doing enough to prevent rocket attacks targeting US troops and diplomats.