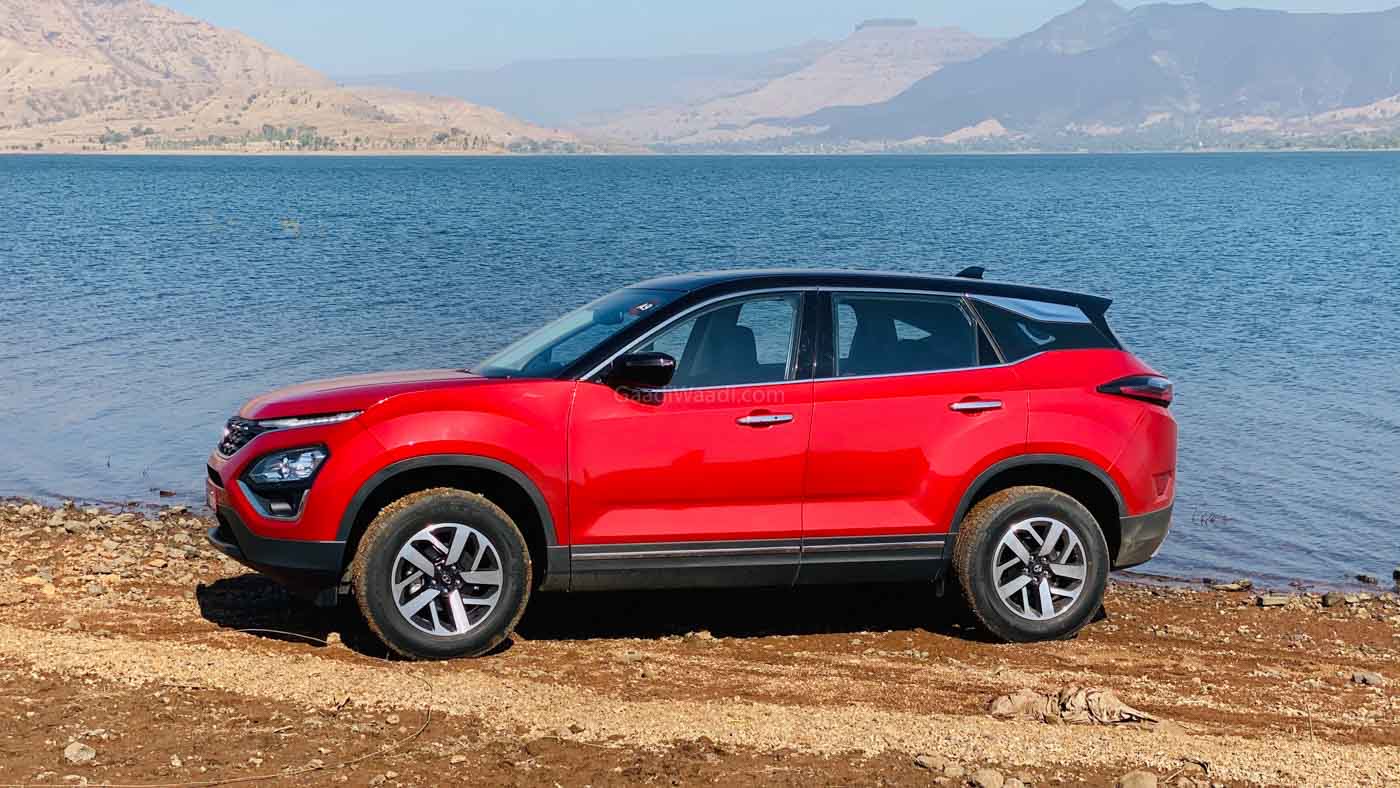 While the car retains its overall design, Tata has brought in a total of 10 changes for the 2020 Harrier SUV, as compared to the outgoing BS4 model Tata updated the Harrier for the 2020 model year which saw the car get some additional features along with BS6-compliance. The homegrown carmaker has priced the 2020…

While the car retains its overall design, Tata has brought in a total of 10 changes for the 2020 Harrier SUV, as compared to the outgoing BS4 model

Tata updated the Harrier for the 2020 model year which saw the car get some additional features along with BS6-compliance. The homegrown carmaker has priced the 2020 Harrier between Rs 13.69 lakh and Rs 20.25 lakh (ex-showroom), as compared to the Rs 13 – 17.16 lakh range the BS4 model was sold between.
The update has helped the Harrier become a more relevant option in the mid-size SUV segment which currently houses the MG Hector, Mahindra XUV500, Jeep Compass among other SUVs. But what all has changed? Take a read to know more about all the changes that come with the 2020 Tata Harrier in detail –
1) More Powerful Engine
The 2020 Harrier continues to be offered with the same Fiat-sourced 2.0-litre Kryotec four-cylinder diesel engine, but the powertrain now delivers 170 PS of maximum power, which is 30 PS more than the BS4 version, while the peak torque output stays the same at 350 Nm.

2) Panoramic Sunroof
One feature that has gained a lot of popularity in recent times is the sunroof, and all of Harrier’s chief rivals came equipped with one. Tata decided to outsource an electric sunroof from Webasto, and offer is an official accessory with the BS4 Harrier last year. However, the 2020 Harrier is being offered with a factory-fit panoramic sunroof, which makes the cabin feel airy and more premium.
3) Redesigned Alloy Wheels
2020 Tata Harrier gets diamond-cut dual-tone alloy wheels.

4) New ORVMs
The BS4 Tata Harrier had fairly large outside rear view mirrors which obstructed the view at times for the driver. Tata has definitely paid heed to the customer feedback, since the 2020 Harrier comes with slimmer ORVMs, which create less of a blind spot than before.
5) New Themes For Infotainment And Digital Speedometer
The BS4 Harrier’s touchscreen infotainment system and instrument cluster came with a blue theme as standard. However, 4 additional colour options have now been added, taking the total tally to 5 different coloured themes.

6) Electrically Adjustable Driver’s Seat
The higher variants of the 2020 Harrier come with a power adjustable driver’s seat, while the front passenger seat can still only be manually adjusted.
7) Additional USB Charger in Front Center Armrest
Tata has added an additional fast-charging port in the front center armrest of the new Harrier, while the 12V power outlet in the said storage area has been carried over.
8) Electronic Stability Program
Tata has equipped the new Harrier with Electronic Stability Program (ESP) as standard across the range. The ESP improves a vehicle’s stability by detecting and reducing loss of traction, and could prove to be life saving in many instances.

9) Optional Automatic Transmission
The Harrier was originally introduced with a sole 6-speed manual transmission option, while all its competitors came with an optional automatic gearbox. Hence, Tata realised that it was necessary to offer an optional AMT at this price point, and decided to introduce a Hyundai-sourced 6-speed automatic transmission with the 2020 Harrier, which is available on the XMA, XZA, XZA+ and XZA+ Dark Edition variants.
10) New Paint Scheme and Chrome Package
The 2020 Harrier comes with a new ‘Calypso Red’ paint scheme, which replaces the Orange paint scheme of the outgoing model. However, the Atlas Black, Orcus White, Sparkle Cocoa and Telesto Grey paint schemes have been carried over to the new model as well.

Also, a new chrome package has been introduced with the car as an official accessory, which includes chrome accents for the headlamp housing, the belt line of the car etc. What’s more is that the chrome package can be installed on any trim of the 2020 Harrier, while owners of the BS4 Harrier can also opt for this.