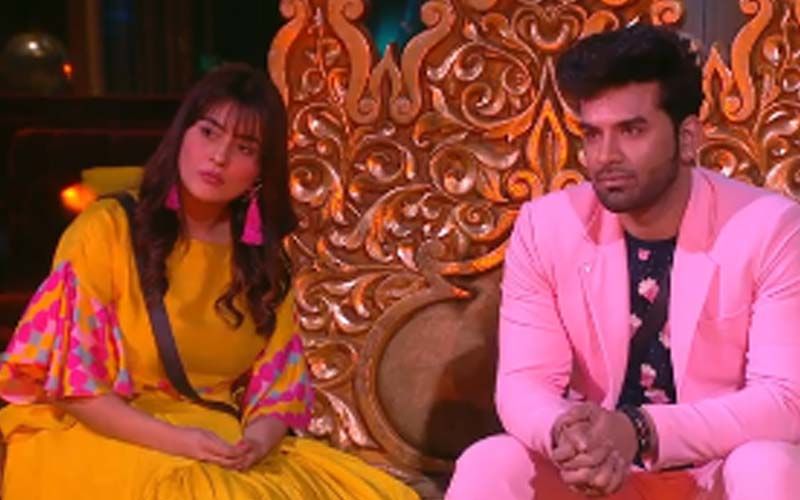 Paras Chhabra and Shehnaaz Gill signed Mujhse Shaadi Karoge soon after Bigg Boss 13. Taking the 10.30 slot, the Swayamvar themed show kick-started with much enthu. However, the show failed to live upto the audience's expectations. It turned out to be another version of Bigg Boss and fans didn't seem pretty happy with it. Now,…

Paras Chhabra and Shehnaaz Gill signed Mujhse Shaadi Karoge soon after Bigg Boss 13. Taking the 10.30 slot, the Swayamvar themed show kick-started with much enthu. However, the show failed to live upto the audience’s expectations. It turned out to be another version of Bigg Boss and fans didn’t seem pretty happy with it. Now, speculations are being made that the show will go off-air soon. Since Mujhse Shaadi Karoge has failed to rake in high TRPs, it is being said that the show will be replaced by another one.

As per a report in Telly Chakkar, Mujhse Shaadi Karoge will be replaced by the second instalment of the show Ishq Mein Marjawan. The last show of Shehnaaz and Paras’ Swamyamvar will air on March 20, says the report. The portal has a source saying, “Mujhse Shaadi Karoge will most likely air its last episode on 20 March and it will be replaced by Beyond Dreams’ Ishq Mein Marjawan which is returning with a second season.” No official announcement has been made as of yet.

Mujhse Shaadi Karoge which is supposed to go on for 3 months starting February 17, has suitors, male and female, trying to win hearts of Paras Chhabra and Shehnaaz Gill.

Earlier, in an interview with Pinkvilla, Paras was quizzed about the show going off-air, and he had negated all the rumours. He was quoted saying, “There is no such thing that I have heard and in fact, the TRPs have just started coming in right now. In fact, my mother also keeps telling me that everyone has begun to recognize her as my mother and they also remember her dialogue from Bigg Boss 13. The show has Shehnaaz and Shehbaz has been doing well, there are popular boys and girls who have done great work. And of course, the production is great and they keep coming up with new ideas and concepts. So I don’t think it is happening anytime soon.”  (Also Read: Mujhse Shaadi Karoge: Paras Chhabra – Shehnaaz Gill’s Bro Shehbaz Fight Bad And Hurl Abuses; ‘Behen Ki Kha Raha Hai Tu’)