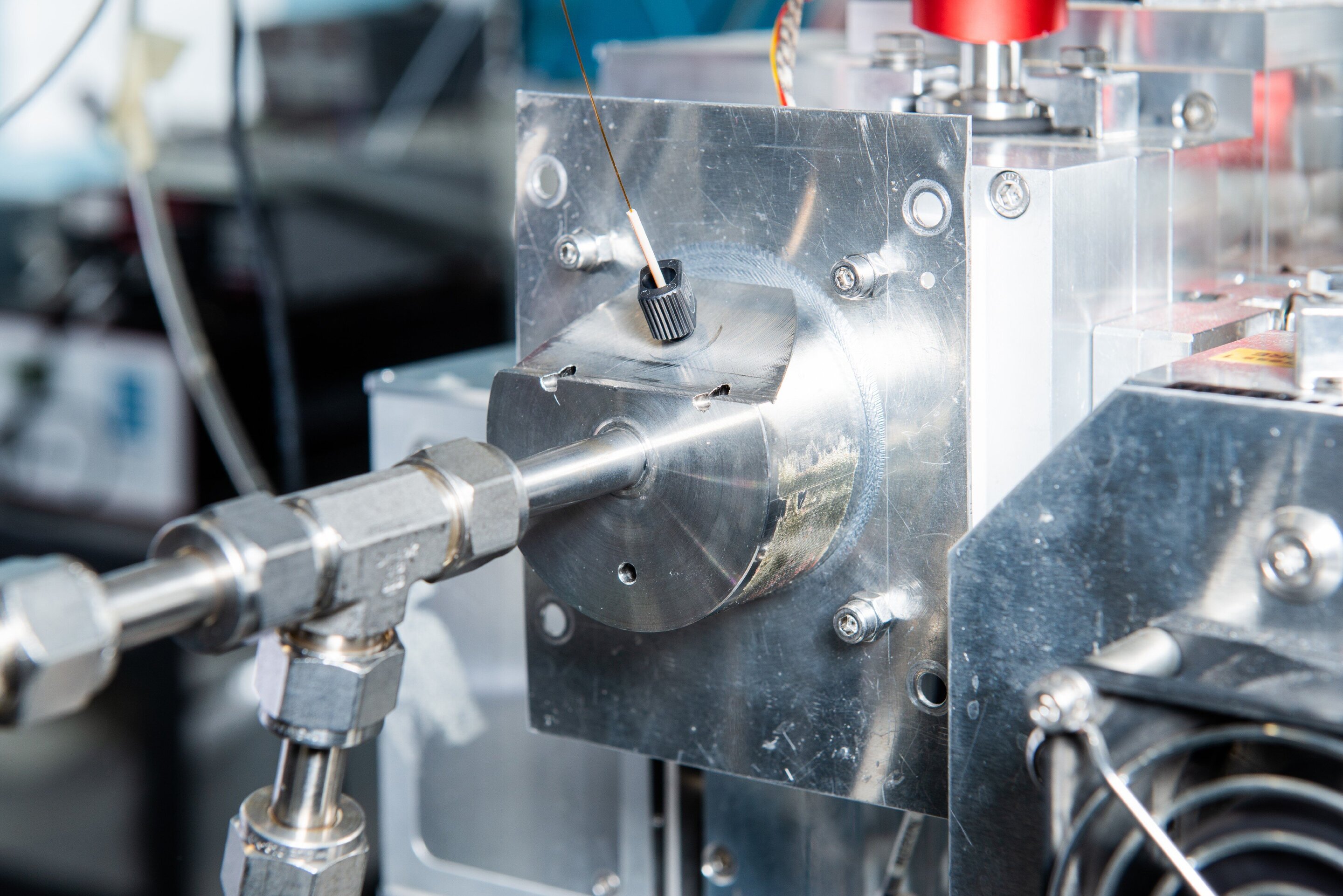 With this device, particulate matter can be analysed better than ever before. Credit: Paul Scherrer Institute/Mahir Dzambegovic Researchers at the Paul Scherrer Institute PSI have developed a new method to analyse particulate matter more precisely than ever before. Using it, they disproved an established doctrine: that molecules in aerosols undergo no further chemical transformations because…

Researchers at the Paul Scherrer Institute PSI have developed a new method to analyse particulate matter more precisely than ever before. Using it, they disproved an established doctrine: that molecules in aerosols undergo no further chemical transformations because they are enclosed in other suspended particulate matter. In the smog chamber at PSI, they analysed chemical compounds directly in aerosols and observed how molecules dissociated and thus released gaseous formic acid into the atmosphere. These findings will help to improve the understanding of global processes involved in cloud formation and air pollution, and to refine the corresponding models. The results of this investigation are published today in the journal Science Advances.

The familiar scent of a pine forest is caused by α-pinene. This is one of the volatile organic compounds in the oils of conifer trees, and it also occurs in eucalyptus and rosemary. The smell triggers pleasant feelings in most people. Less pleasant is that under the influence of radicals, the compound changes into other compounds in the atmosphere, so-called highly oxidised organic molecules. Some of these are reactive and to some extent harmful substances. They have only recently come under scrutiny by atmospheric researchers, and their role in cloud formation is not yet understood.

These highly oxidized organic molecules are less volatile than the starting substance α-pinene and therefore condense easily. Together with dust particles and other solid and liquid substances in the air, they form what we call particulate matter or aerosols.

“Up to now, it was thought that such molecules are protected from further transformations once they have landed in particulate matter,” says Andre Prévôt of the Laboratory of Atmospheric Chemistry at PSI. “It was believed that they then would not change any more, but would simply spread out over the atmosphere and eventually rain down.”

This widespread opinion does not correspond to reality, however, as Prévôt and his fellow researchers at PSI showed: “The reactions continue, even in the particulate matter.” The molecules remain reactive and either react with each other to form larger particles or disassociate, thereby releasing for example formic acid. This common compound is found not only in ants and stinging nettles, but also in the atmosphere, where it is an important indicator of air pollution.

The PSI researchers’ observations should help to improve simulation models, such as those for cloud formation and air pollution. The models simulate what happens in the atmosphere to predict, for example, how a reduction in certain emissions will affect air quality.

From the aerosol into the measuring device

For the first time, PSI researchers analysed chemical compounds directly in particulate matter under atmospheric conditions. For this, they used the PSI smog chamber, in which processes in the atmosphere can be simulated. The researchers injected a droplet of α-pinene into the chamber and caused the compound to react with ozone. Over a period of 15 hours, they observed which chemical compounds formed from α-pinene and which disappeared again afterwards.

This was made possible by a new analytic device for atmospheric measurements that the researchers developed in cooperation with the company Tofwerk in Thun, Switzerland: a so-called EESI-TOF (extractive electrospray ionisation time-of-flight mass spectrometer). “It also detects larger molecules directly in the aerosol,” explains atmospheric chemist Urs Baltensperger. “Previous measurement methods, on the other hand, chop up the molecules into smaller fragments at high temperatures.” The new device ionises without fragmentation. “We can record each molecule separately.”

Tofwerk has now brought the device to market with the help of PSI, so that other atmospheric researchers can also benefit from the new method.

The new analytic method can be used not only in the laboratory, but also directly on site. During the winter of 2018/19 and the summer of 2019, PSI researchers used it to investigate aerosols in the air in Zurich. As it turned out, a good third of Zurich’s particulate matter in summer consists solely of reaction products of α-pinene and similar molecules. In winter, however, emissions from wood-burning systems and their reaction products come to the fore.

The researchers have planned further measurement campaigns in China and India. There they want to analyse which molecules form in the air of a city with more than a million inhabitants.