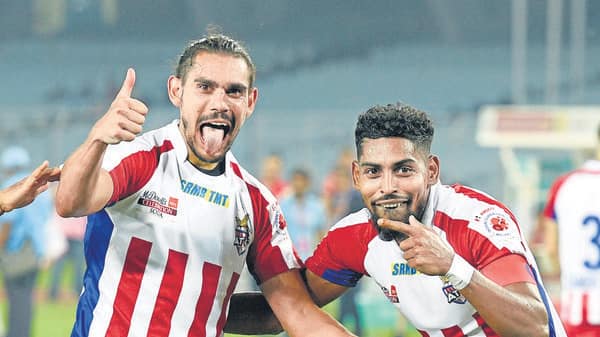 FC Goa dominated the league stages, but it won’t feature in Sunday’s final. A team that struck a better balance and an underdog will.

Following two fiercely-competed semi-finals, Chennaiyin FC and ATK will clash this Sunday to be crowned the most successful team in the 6-year history of the Indian Super League (ISL). Both teams, who are two-time former champions, knocked out Bengaluru FC and FC Goa, last year’s finalists, to set up a high-voltage final in Goa’s Fatorda Stadium. Have Chennaiyin FC and ATK teams been the best of the lot in ISL-6? And who is more fancied to win their third ISL title?

The ISL follows a league and play-off style. The 10 teams compete in a preliminary league set-up. The top four teams qualify for the semi-finals, played over two legs, home and away. This is followed by a winner-takes-all final to decide the ISL Champions. As a consequence, only once in the past five seasons has the league leader won the ISL. This anomaly is set to continue, with this season’s league leaders, FC Goa, not featuring in the ISL finals.

In offense, FC Goa were the most dominant team in this season’s league phase, scoring a record 46 goals.

Their first-place finish has, crucially, earned them a place in the group stages of the AFC Champions League, the first-ever for a club from India in Asia’s top-tier club competition. Following a directive from the Asian Footballing Confederation (AFC), the ISL has, for the first time this season, instituted a league winner’s shield. However, the prize money of ₹50 lakh, pales before the ₹8 crore the ISL champion is set to receive.

Under manager Sergio Lobera, FC Goa played an attractive and effective brand of football, centered around a high press and passing game. On both counts, they did better than all other teams, while finalists ATK and Chennaiyin were at the bottom

While Coro is has been a prolific goal poacher, the towering Moroccan Jahouh has led the stats in passes, tackles and touches for three seasons running. Fellow Moroccan Hugo Boumous also joined the party this season, notching 11 goals and 9 assists from just 14 games. While manager Lobera, who honed his coaching skills in FC Barcelona, was inexplicably sacked with three games remaining in the campaign, Boumous suffered an injury that all but ruled him out of the play-offs.

The likes of FC Goa and Bengaluru FC relied on continuity, retaining their core group of players this season. By comparison, ATK, after a dismal Season 5, opted for a squad overhaul, bringing in top players from both India and beyond. This included the heavyweight strike partners Roy Krishna and David Williams, who totaled 30 goals for Wellington Phoenix in the 2018-19 Australian A-league.

With their star-studded team, ATK are the most-valuable team in the competition this season, with its squad valued at 6.13 million euros. It turns out the money spent has reaped dividends, with Fiji-born Krishna leading the scoring charts. With ATK struggling against Bengaluru FC in the semi-finals, and needing three goals to qualify, the strike partners Williams and Krishna stepped up and scored spectacular goals to get their team over the line.

While FC Goa might have the best offense stats, defending champions Bengaluru FC had the most miserly defense, conceding only 13 goals in the league phase. While Bengaluru struggled in front of goal, ATK emerged as the most-rounded team, ranking high on both defensive and attacking parameters.

Chennaiyin FC have been the dark horses of the season. Last season, the team finished last, with just 9 points from 18 games. This year too, after 6 games, Chennaiyin FC was languishing at the bottom, with just 6 points. However, new manager Owen Coyle has turned the tables, turning the team into genuine title contenders.

Chennaiyin FC was unbeaten in their last nine league games, and made a late surge to make the playoffs.

The forward line, led by Lithuanian striker Nerijius Valksis, has been one of the most prolific. In the first leg of the semi-final, the rampaging Chennaiyin put 4 goals past shell-shocked league leaders FC Goa. Chennaiyin go into the finals against ATK with momentum on their side.

The winner of the finals has the added advantage of securing a playoff spot for the AFC Cup, the second-tier club competition in Asia. ATK have raised the stakes in this edition of the ISL, signing on some of the best players in Asia. While this makes them compelling favourites for Sunday’s finals, one can dismiss Chennai at their own peril.

www.howindialives.com is a database and search engine for public data