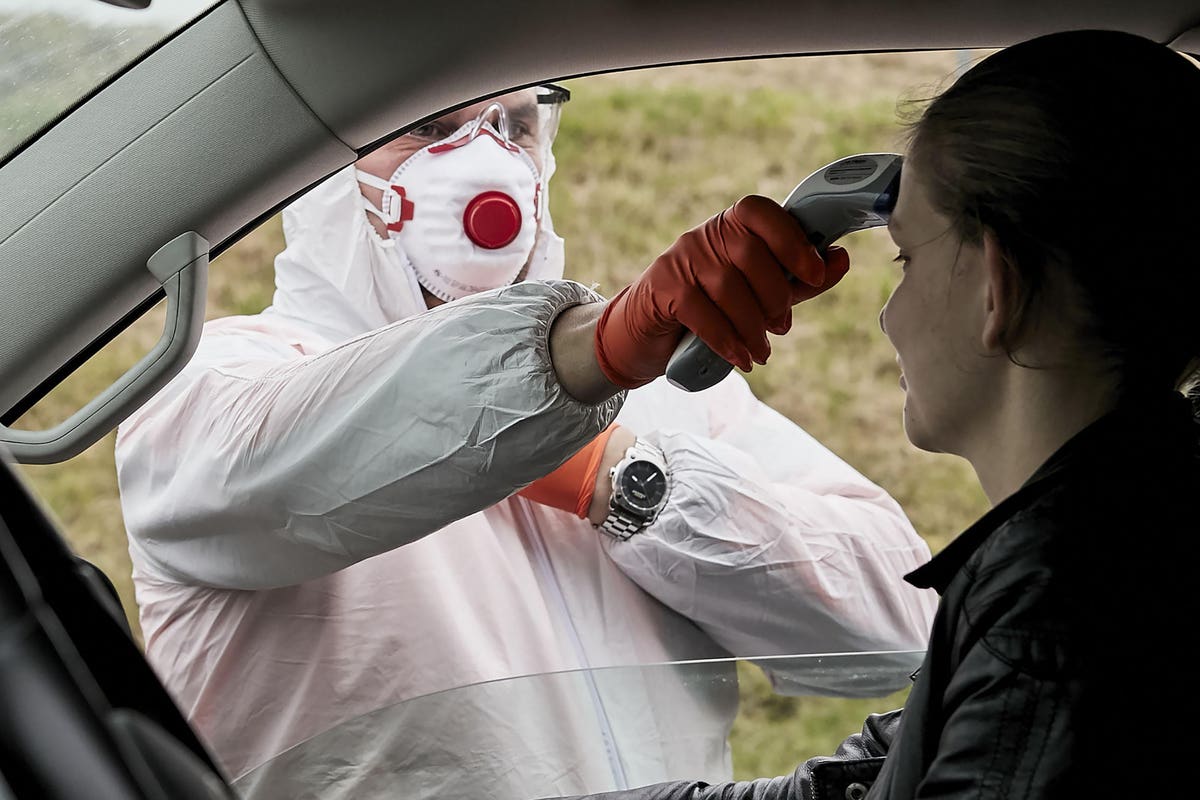 The last two months have been strange times: COVID-19 brought China’s economy to near halt and 100 million Chinese were subjected to movement restrictions and intrusive surveillance. Next, case counts exploded in South Korea, Iran, Italy, and Japan. Beginning in January, the U.S. government focused on preventing spread of the disease to the U.S., and…

The last two months have been strange times: COVID-19 brought China’s economy to near halt and 100 million Chinese were subjected to movement restrictions and intrusive surveillance. Next, case counts exploded in South Korea, Iran, Italy, and Japan. Beginning in January, the U.S. government focused on preventing spread of the disease to the U.S., and for a time that appeared successful. Now clusters have emerged in the Seattle and New York areas, the total U.S. case count has passed 1,000 and there is widespread concern that limited testing in the U.S. has allowed many infected people to remain undetected.

These strange times are quite possibly the opening chapter of the new normal. On February 26 (which seems like years ago in COVID time), The Atlantic published an article titled You’re Likely to Get the Corona Virus, including on an interview with Harvard epidemiology professor Marc Lipsitch. Professor Lipsitch draws stark conclusions:

·     The COVID-19 outbreak will not be containable. Professor Lipsitch made an educated guess in late February that there were already 100-200 infected people in the U.S. and concluded that would be enough to spread the infection broadly. Two weeks later the case count stands at 1,000, and widespread testing in the U.S. is just beginning.

·     Lipsitch predicts that 40%-70% of global population will become infected with COVID-19 within a year. Yesterday German Chancellor Merkel announced that German experts expect 60%-70% of Germans to be infected.

·     Lipsitch emphasizes that the virus is probably less lethal than early reports suggest. The 3.4% number reported by the World Health Organization is the ratio of known deaths to known infections. The percentage of infected people who will die is hard to estimate now because the total number of infected people is unknown and most of known infections have not resolved. Estimates of the true deaths/infections rate from different experts range from 0.5% and 2% (e.g.).

·     The Atlantic article cites growing belief among epidemiologists that COVID-19 will be similar to the seasonal flu: it will re-emerge annually in the winter and the virus will evolve sufficiently fast that people will not be able to develop long-lasting immunity.

·     And, it argues that development of a vaccine is likely to take 12 to 18 months, with further time required to scale up dose production and administer the vaccine. This assumes development will occur far faster than is typical. Corona viruses like influenza viruses are based on a single strand of RNA. This viral class has a propensity to mutate, requiring constant development of new vaccines, as with the flu.

Seasonal flu is highly infectious, but its mortality rate is low: about 30,000 deaths in the U.S. in a bad flu season. Other coronaviruses cause many cases of the common cold, but they are rarely fatal. These diseases are part of life, and they inspire limited fear. At the other end of the spectrum, viral diseases with high mortality rates, like SARS and MERS, are containable. Infected people become very sick relatively fast and there are very few mild/asymptomatic cases. Patients are quickly identified and isolated, which allows the disease to be contained. These diseases each killed fewer than 1,000 people worldwide.

COVID-19 is uniquely dangerous three attributes make it hard to contain and also very dangerous: 1) it is easily transmitted, 2) there are many undetected disease carriers because symptoms are mild in ~80% of cases and they do not appear for up to 12 days, and 3) the mortality rate is high enough to do major damage. If 60% of U.S. population is infected and 1% of infected people die, total deaths in the U.S. would be about 2 million: 800 times the death toll on September 11, 2001.

How do we go forward with the burden of COVID-19, a disease that could recur annually like the seasonal flu but kill perhaps 100 times more people? How do we deal with a disease that is dangerous to older people but much less so to younger people, who can be carriers of the disease? What is the tradeoff between efforts to contain the disease, which Professor Lipsitch and others argue are futile, and allowing continued economic activity, freedom of movement and association, and freedom from frequent, mandatory blood testing and quarantines? Shutting down national economies and suspending civil liberties is another form of widespread suffering. The movie Gattica portrays a dystopian future in which daily DNA tests are mandatory with those failing the test hustled away.

We are only beginning to understand this. Here are some initial thoughts:

·     Governments will learn to strike a balance between controlling the spread of COVID-19 and allowing individual freedoms and economic activity. As a result, there will be more friction in everyday life. And, unpredictable COVID-19 hot spots plus political pressure on leaders to show action will trigger intermittent strong reactions: lock downs, arbitrary travel bans, widespread quarantines, intrusive screening of people crossing boundaries.

·     Virtual work will become much more common. Zoom.us will fly even higher.

·     For many businesses, certification of disease control processes and standards will be a key part of the brand. Government, industry, or specialist certifications will emerge, similar to ISO 9001 or “USDA Certified”. Companies that host customers send employees to customer premises will need to reassure that their people are carefully tested and monitored.

·     Travel will “cost” more due to the risk of infection and lock-down while traveling as well as the added work airlines, hotels, and restaurants will need to do to minimize infection risk

·     Delivery businesses and take-out (from certified restaurants) will do well. “Contactless delivery” is already a thing.

·     Road-warrior work will gravitate to younger people who have less to fear from COVID.

·     Industries that supply products to help avoid, manage, mitigate or treat COVID-19 infection will do well. The number of hospital rooms will need to grow, and hospital and governments will need reserves of equipment, supplies and drugs.

·     We will each be responsible for self-monitoring and reporting COVID-19 status, and for challenging those who appear to be ill. This is particularly true with a disease for which part of the population is at serious risk and another part has much less risk. A German hospital has created drive-thru COVID-19 testing clinic.

·     In the near term, businesses are likely to face, and need to prepare for, a demand slump and liquidity crisis, as the world comes to terms with living in a state of medical siege.

This is a rather dark prediction. Perhaps containment will succeed, technology will ride to the rescue, or COVID-19 will mutate sufficiently slowly that immunity can persist, and a long-lasting vaccine can be created. Right now, there is no strong basis to rely on any of these happy outcomes. We can hope for the best, but we need to prepare for a new set of serious challenges.