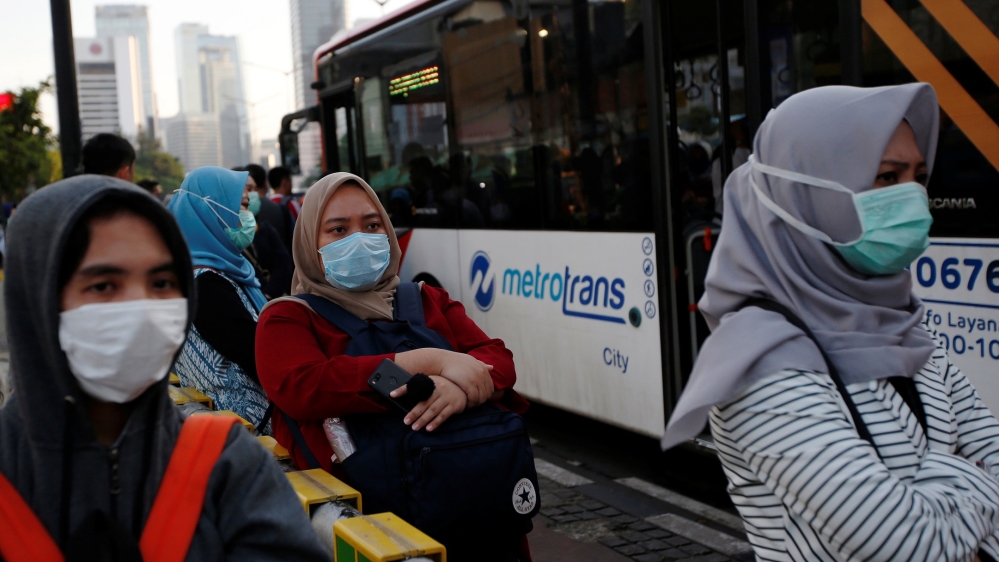 As the coronavirus outbreak continues to cause jitters with cases surging close to 120,000 and deaths nearing 4,300 worldwide as of Wednesday, reports have emerged quoting medical experts saying the warmer spring and summer weather may bring some relief by slowing down the spread of the infection. Dr Stefan Baral, an epidemiology expert at Johns…

As the coronavirus outbreak continues to cause jitters with cases surging close to 120,000 and deaths nearing 4,300 worldwide as of Wednesday, reports have emerged quoting medical experts saying the warmer spring and summer weather may bring some relief by slowing down the spread of the infection.

Dr Stefan Baral, an epidemiology expert at Johns Hopkins University, was quoted by the Boston Herald as saying he expects “a natural decrease” of the disease as the United States moves into warmer weather.

AccuWeather, the US-based forecaster, quoted Dr John Nicholls, a pathology professor at the University of Hong Kong, saying there are three things coronavirus does not like: sunlight, temperature and humidity.

“Sunlight will cut the virus’s ability to grow in half, so the half-life will be 2.5 minutes, and in the dark it’s about 13 to 20 [minutes]. Sunlight is really good at killing viruses,” Nicholls said.

Deutsche Welle also cited Thomas Pietschmann, a virologist from Germany’s Centre for Experimental and Clinical Infection Research, who said the coronavirus is “not very heat-resistant, which means that the virus quickly breaks down when temperatures rise”.

According to AccuWeather, spring will arrive in the US on March 19, while Climate-Data.org is predicting that temperatures in the Italian capital of Rome will climb to 16C-17C (60.8-62.6F), when the spring equinox arrives in Europe on March 20. Nowruz, the Persian new year that typically marks the start of springtime, is expected on March 20 in Iran.

Meanwhile, in countries in or close to the southern hemisphere, daytime temperatures between 30C (80F) in Jakarta, Indonesia, to 35C (95F) in Kuala Lumpur, Malaysia, are expected during the same period.

While health experts agree warmer weather is a factor in containing the outbreak, they stress the outcome of each country’s response may depend on how robust its healthcare infrastructure is, how quickly those tools are deployed, and how proactive citizens are.

They also said there are other crucial variables to consider in fighting the infection, warning that simply relying on weather patterns without observing safety precautions and other health protocols invites risk.

Even as the weather warms up in the northern hemisphere, the coronavirus may still survive for days at temperatures up to 25C (77 F), according to a study in Germany published by the Journal of Hospital Infection. The study showed a human coronavirus could persist for five days in 21C (69.8 F) temperature on a Teflon, ceramic or steel surface. In comparison, severe acute respiratory syndrome (SARS-CoV) could last on a plastic surface for more than five days between 22C and 25C (71.6-77F).

Dr Edsel Maurice Salvana, director at the Institute of Molecular Biology and Biotechnology at the University of the Philippines, told Al Jazeera that a direct correlation between warmer countries and the slower spread of the virus “is a myth”.

“It might deactivate the virus faster if it is in on surfaces, but it won’t affect people who get sick from inhaling droplets from someone’s cough or sneeze,” said Salvana, who is also an adjunct professor for Global Health at the University of Pittsburgh in the US.

Dr Michael Chi Wai Chan, an infectious disease expert at the University of Hong Kong, noted while the viral activity “is a little bit lower in relatively warmer temperatures” such as Indonesia, the Philippines, or even India, “it won’t really affect” the transmission of the virus per se, which is spreading in the air.

According to the latest reports on Wednesday, there were 26 cases confirmed in Indonesia with one death; 49 in the Philippines, also with one death; and 44 cases in India with no deaths and no local transmission so far.

No matter what the temperature is, Chan said, what is more important is that individuals observe personal hygiene and proper protection, “which is really affecting the outcome” of the infection. Despite its proximity to mainland China, Hong Kong has reported only 115 infections and one coronavirus death [File: Tyrone Siu/Reuters]

Chan, who has studied the SARS outbreak of 2004, also noted that compared with Italy, which has more than 9,000 cases and close to 500 deaths, the city of Hong Kong has managed to contain the spread of the virus relatively effectively despite its close proximity to mainland China.

As of March 10, there were 115 cases and one death in the special administrative Chinese region of Hong Kong.

Aside from warmer temperatures in Hong Kong, Chan said many of its citizens also wear protective masks this time of the year, when it is “peak season” for allergies.

“I know some European countries and America, they don’t really have very high allergies in the general population, so they don’t wear masks, which can really stop transmission of this stuff,” he told Al Jazeera.

Chan said the situation in Italy now is “quite bad”, adding he is also worried about the growing number of cases in the US.

Meanwhile, Dr Abdul Ghafur, an infectious disease specialist based in the Indian city of Chennai, said compared to its population of 1.3 billion, the dozens of confirmed cases in India “is not a big number”.

He said the heat and humidity in the country “could be one of the reasons” why coronavirus is not spreading faster in his country, as the weather limits the virus from travelling “longer or faster”.

“It is not just the temperature that is killing in the warm climate, it is the humidity as well. The humidity reduces the transferability of the virus,” he told Al Jazeera.

In the case of India, the government is carrying out screenings of international airline passengers, and is doing testing “as much as we can”, Ghafur said.

In cold-weather regions such as those in Europe and parts of the US, the general dryness of the air allows the virus to travel farther and when it settles, it also persists longer and spreads faster because of the lower temperature, he said.

In Iran, where the average temperature is about 0 to 10C (32-50F) during this time of year, the government has so far reported more than 9,000 coronavirus cases and 354 deaths as of Wednesday.

But even as the weather gets warmer in those countries, Ghafur said he does not expect the coronavirus “to go away completely”.

“It may become endemic at least in a few countries,” he warned, adding countries with better healthcare systems may be able to contain the outbreak faster.