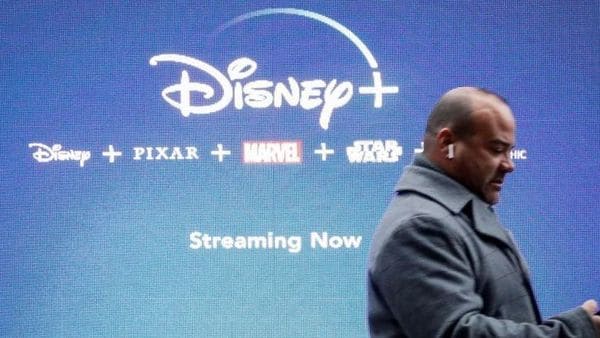 The streaming website started playing Disney+ content from Wednesday (Reuters) 1 min read . Updated: 11 Mar 2020, 08:51 PM IST Danny Cyril D Cruze The application now gets a blue theme to mark the arrival of Disney PlusThe formal announcement of the launch of Disney Plus Hotstar will happen on Friday Disney has entered…

Disney has entered India 18 months ahead of schedule. The company’s arrival in India was made via Hotstar. The streaming website started playing Disney Plus content from Wednesday, just days after Hotstar gradually accommodated the Disney Plus theme. The application now gets a blue theme to mark the arrival of Disney Plus. The website, however, still follows the same colour scheme.

The Hotstar application will now stream Disney originals like, “The Mandalorian”, “Diary of a Future President”, “The World According to Jeff Goldblum”, documentary “One Day at Disney” and “High School Musical: The Musical – The Series”.The list of shows also includes, “Pick of the Litter”, “Lady and the Tramp”, “Encore”, “Noelle”,”Pixar In Real Life”, “Lamp Life”, “Marvel’s Hero Project”, ” One Day at Disney”, “Shop Class” and “Timmy Failure: Mistakes Were Made”.

According to PTI, the formal announcement of the launch of Disney Plus Hotstar will happen on Friday by Uday Shankar, president of the Walt Disney Company Asia Pacific and chairman for Star and Disney India.

With the launch of Disney Plus Hotstar in India, Netflix has a direct competitor who has a wide array of international labels under its belt. Last month, Netflix stopped offering the first month for free to new users. However, the company later came up with a ₹5 subscription plan for a few new users. The new plan was launched as a trial and is not available to all first-time users.

So far, the pricing of Disney Plus HotStar is the same at ₹999 a year and ₹299 a month. Netflix on the other hand has multiple monthly plans starting at ₹199 (only mobile) and goes all the way up to ₹799.