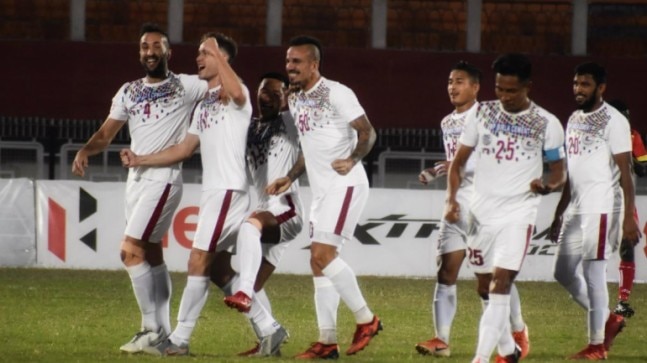 Kolkata giants Mohun Bagan were crowned champions of I-League 2019-20 on Tuesday even as they are left with 4 more matches in the season.

A goal from Papa Diawara in the 80th minute helped break the deadlock as both teams came close to scoring, but failed to do so for the most part of the contest.

Bagan have thus ended their time in the I-League with a title win as their merger with ATK means that they will be playing in the Indian Super League from the next season.

Bagan won the match after surviving a rather lackluster first half. While they dominated the first 15 minutes, they didn’t have any goals to show. Aizawl then started to push Bagan back with Rochharzela, Malsawmzuala and Lalhmangaihkim all working in tandem to stretch the Bagan defence.

It was more of the same in the early exchanges of the second half, but Bagan started imposing themselves after the 60-minute mark.

In the 80th minute, Papa smashed the ball into the bottom right corner of the goal from just outside the box to give Bagan what turned out to be the winning goal.

Bagan thus won the league title with four matches to spare, equalling the record set by Dempo in the 2009/10 season.