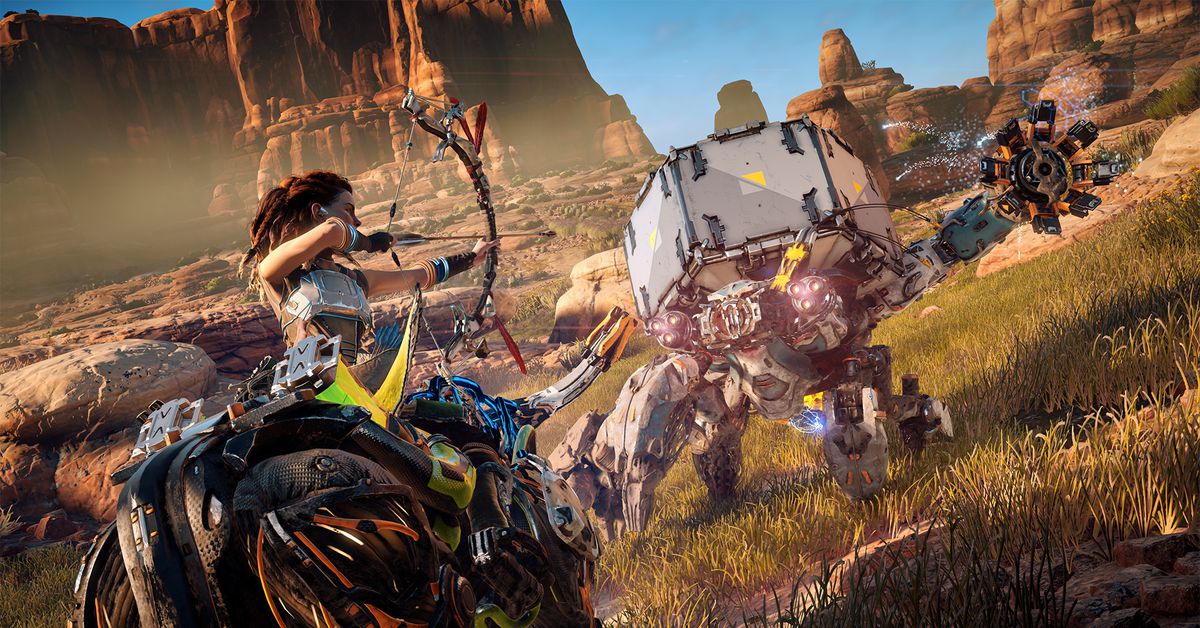 A Windows PC version of Horizon Zero Dawn, Guerilla Games’ acclaimed action role-playing game, is officially on the way. Hermen Hulst, head of Sony Interactive Entertainment Worldwide Studios, announced the PC port Tuesday in an interview with the PlayStation Blog. “I can confirm that Horizon Zero Dawn is coming to PC this summer,” said Hulst.…

“I can confirm that Horizon Zero Dawn is coming to PC this summer,” said Hulst. “There will be more information coming from Guerrilla, from the new studio directors [Michiel van der Leeuw, JB van Beek, and Angie Smets] pretty soon.”

The news confirms a report from January. There’s no word yet on whether Guerrilla will develop the PC version itself.

Horizon Zero Dawn was released in February 2017 on PlayStation 4, the first non-Killzone game from Sony-owned Guerrilla since 2004. Sony Interactive Entertainment published the game itself, as it has done for all internally developed titles. That makes the upcoming PC port an unprecedented product — the first time a Sony-developed game will be released outside of PlayStation platforms, aside from Sony Online Entertainment titles such as PlanetSide 2.

While Sony funded and published Death Stranding on PS4, the game was developed by the independent studio Kojima Productions; its upcoming PC port is being published by 505 Games. The same applies for Quantic Dream, which recently released PC versions of three games that had previously been PlayStation exclusives. It will be interesting to see what happens with the MLB The Show baseball franchise — which has long been developed at Sony’s San Diego studio — when it goes multiplatform in the next year or two.

The PC version of Horizon Zero Dawn should be a technical showpiece. Guerrilla is renowned for pulling off astounding feats on PlayStation hardware; its Decima engine powered both Horizon Zero Dawn and Death Stranding, two of the most impressive PS4 games ever made. Hulst described Guerrilla’s open-world game as “just a great fit” for PC, adding, “I think it’s important that we stay open to new ideas of how to introduce more people to PlayStation, and show people maybe what they’ve been missing out on.”

Hulst also sought to disabuse people of any notion that Sony might start bringing a number of its internally developed PlayStation exclusives to other platforms — a practice that has long been a part of Microsoft’s strategy with Xbox exclusives. In fact, Microsoft is continuing to blur the lines between Xbox and PC for first-party games, especially as it looks ahead to the next-generation Xbox Series X. It does not appear that Sony is thinking along the same lines for the PlayStation 5.

“And to maybe put a few minds at ease, releasing one first-party AAA title to PC doesn’t necessarily mean that every game now will come to PC,” said Hulst. He added, “We don’t have plans for day and date [PC releases], and we remain 100% committed to dedicated hardware.”