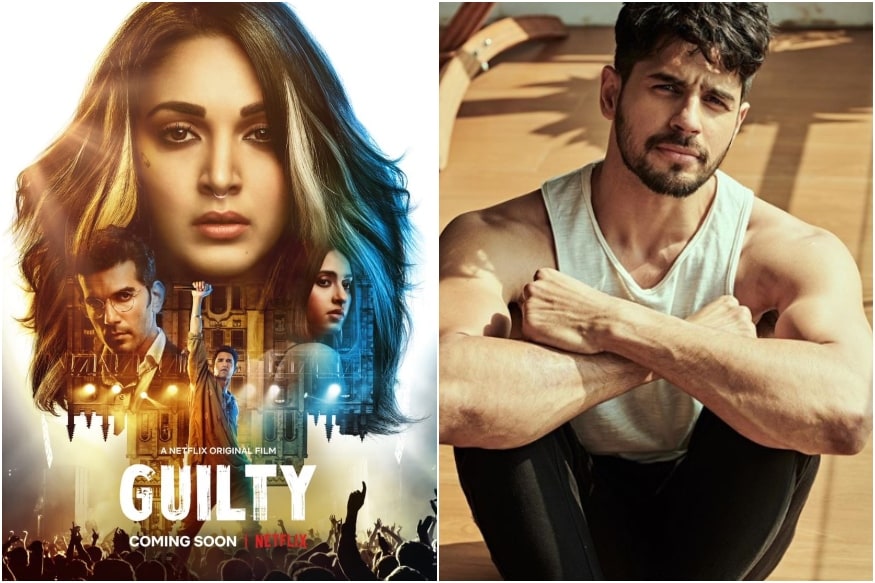 Kiara Advani and Sidharth Malhotra are all set to feature in ‘Shershaah,’ releasing July 3.

Kiara Advani and Akansha Ranjan Kapoor starrer Guilty is streaming on Netflix now and has been attracting praise from the watchers. Earlier, after attending a special screening of Guilty in Mumbai, Alia Bhatt had lauded the film and her friend Akansha’s debut performance in it. Now, Sidharth Malhotra has also said that he found Guilty “hard hitting.”

Sidharth took to social media and shared a snap of Kiara from Guilty and asked fans to watch it on Netflix. He also gave a shout out to film director Ruchi Narain. Sidharth’s post was also later reshared by Kiara, who expressed her gratitude upon reading Sidharth’s comments about her film. .

Shershaah is being backed by Karan Johar’s Dharma Productions and is slated to hit theatres on July 3. The film chronicles the story of Kargil war hero Param Vir Chakra Captain Vikram Batra, who sacrificed his life for the country in 1999.

Are you excited to watch Kiara and Sidharth in Shershaah?