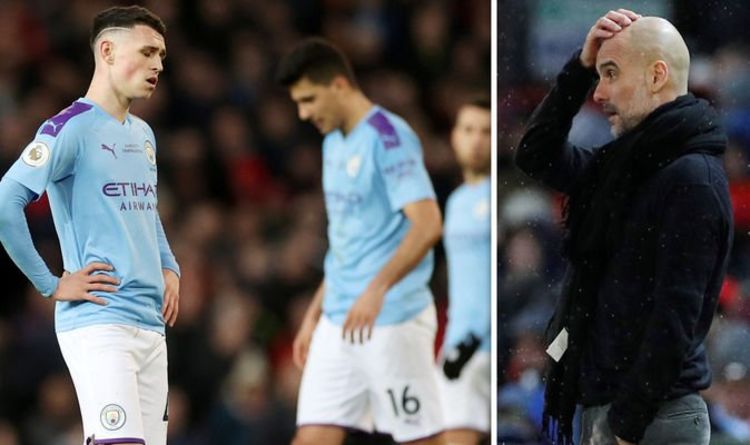 Manchester City were beaten by Manchester United after a controversial Anthony Martial goal and a late Scott McTominay strike, but how did their players perform? City struggled to get out of first gear against a United side who were desperate to seal the double over their rivals for the first time in 10 years.

City dropped more points as Liverpool close in on the Premier League title – with the possibility of the league being tied up before the leaders even play again.

City would have to lose to both Arsenal and Burnley over the next week to hand Liverpool the title before their game with Everton next Monday.

But the possibility of the title being won in the Merseyside derby is now very much real. If City lose to either Arsenal or Burnley, Liverpool can be champions next week.

For United, this was a big step in the battle for the top four after Chelsea battered Everton earlier in the day.

United moved back to fifth, three points behind Chelsea with nine games to go.

Physical battle trying to keep Williams quiet which he just about shaded. Kept running all afternoon

Some robust challenges early in a solid defensive display and a header from a corner just over.

Still struggling to locate heights of last season. Little impact in poor first half and hooked midway through second.

Saw plenty of the ball but found it crowded up front and struggled for killer pass.

Shot curled at goal saved after 10 minutes but poor. Shackled by Wan Bissaka and failed to convert sitter on 75 minutes.

Things just wouldn’t fall for him all afternoon, goal ruled out for marginal offside, replaced by Jesus on the hour