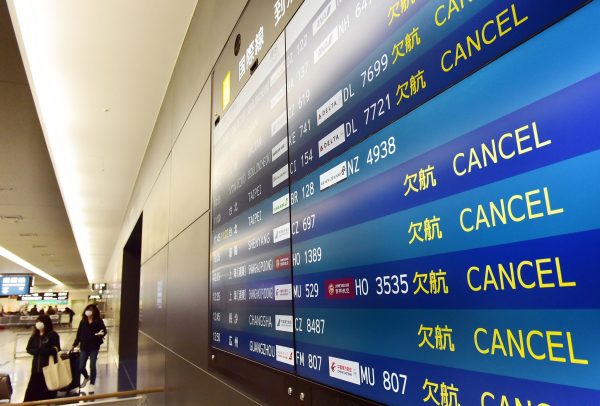 9 March 2020Author: Editorial Board, ANUIn every crisis, there’s opportunity. The legacies of political leaders are often defined by how they handle crises. The new coronavirus (COVID-19) epidemic is such a crisis and demands leadership to prevent the spread of new infections and to allay public panic that amplifies damage to health outcomes and the…

In every crisis, there’s opportunity. The legacies of political leaders are often defined by how they handle crises. The new coronavirus (COVID-19) epidemic is such a crisis and demands leadership to prevent the spread of new infections and to allay public panic that amplifies damage to health outcomes and the economy.

The initial response in China highlights the flaws of authoritarian systems that curtail free speech. When Dr Li Wenliang at the Wuhan Central Hospital attempted to sound the alarm he was censored and admonished for his efforts. Public grief and anger exploded on Chinese social media after his death five weeks later from the virus and calls for freedom of speech momentarily evaded censorship.

Even worse, argues Ryan Manuel, is that ‘Wuhan authorities failed to prepare a health system response and were preoccupied with a major political conference’ that lost crucial weeks in containing the virus at its epicentre. Local officials were slow to sound the alarm. In the months since China has significantly curbed the spread of COVID-19 within its borders by putting entire cities on lock-down on a scale never before seen, affecting the movement and everyday life of over half a billion people.

Leadership and health systems in other countries around the region and world are now being tested — and with much more warning than the Chinese leadership got — in dealing with COVID-19.

In the United States, the Trump administration is sending mixed signals as it seeks to mitigate panic and emphasise that things are business as usual. That has slowed preparation, especially for testing suspected cases, and an outbreak in Washington state has already seen at least eleven people perish. More concerning is that the high price of testing under the US healthcare system acts as a disincentive for the potentially infected to present themselves, an unaffordable proposition for the large segment of the population without adequate health insurance.

Australia was quick to act as Prime Minister Scott Morrison placed a ban on all travel from China except for the return of Australian nationals. That was at least decisive compared to his absence of leadership during Australia’s bushfire crisis. Yet Australia has been gripped by panic-buying in supermarkets and the bluntness of the travel ban has left countless Chinese students enrolled in Australian universities in limbo, costing the Australian economy over AU$1 billion every month.

Responses have differed in Southeast Asia. Singapore, despite its vulnerability as a global hub, demonstrated swift, disciplined and effective action. This included tight surveillance of suspected cases, sophisticated tracing for those who have come into contact with infected individuals, vigorous quarantine measures, and a steady and reliable flow of information to citizens via major digital platforms. In Indonesia, by contrast, Health Minister Terawan Agus Putranto claimed that the country’s avoidance of COVID-19, up until two cases were confirmed last week, was thanks to the power of prayer, not a lack of testing.

In Japan, the spread of the virus has put at risk the 2020 Tokyo Olympic Games due to start in July. While IOC President Thomas Bach says he expects the Games to proceed on schedule, Minister for the Tokyo Olympic and Paralympic Games Seiko Hashimoto now hints at the possibility of postponement, saying that Olympic contracts require Japan to host the Games sometime in 2020.

Japan’s handling of the Diamond Princess cruise ship boded poorly for management of the crisis there. Testing of passengers was delayed, there were few measures to prevent the spread of infection during the ship’s two weeks of isolation, and a lack of follow-up for nearly 1000 Japanese passengers who tested negative but were at risk of developing symptoms later. Nor were the 90 health officials who boarded the ship tested afterwards.

Japan’s response to COVID-19 has been characterised by confusion, says Hiromi Muarkami in our lead article this week, Prime Minister Shinzo ‘Abe has put no one in charge’ of the crisis. ‘Bureaucratic silos have resulted in parallel task forces and meetings’. ‘The National Center for Global Health and Medicine — one of the main research centre for infectious diseases — has not been invited’ to take part. There were delays in calling on the private sector to assist in producing testing devices. And there have been significant ‘delays in rolling out favipiravir, the antiviral drug being developed by Fujifilm’ that’s believed to be potentially effective against COVID-19, ‘because it was approved only as a treatment for influenza’.

Japan has failed to learn the crisis management lessons of the nuclear meltdown at the Fukushima Daiichi plant in March 2011, Murakami concludes. The recommendations from the ‘first ever independent investigation committee of the Diet’ regarding Fukushima ‘have not improved the system, nor changed the mindset of the policy elites’.This is despite the fact that the prime minister at the time, Naoto Kan, was severely attacked by the then opposition Liberal Democratic Party, including Abe, for his handling of the aftermath of the 3/11 earthquake-tsunami-nuclear triple disaster. Looking back now, Kan’s leadership appears much stronger.

A contributing factor for the poor response out of the prime minister’s office appears to be the recent fracture between Prime Minister Abe and his Chief Cabinet Secretary Yoshihide Suga, who has been a critical Abe ally underpinning the stability of the administration. This rift has now spilled out into public with the Kawai scandal.

As Abe comes under increasing political pressure, he has requested that schools close for the rest of the school year until April and that large sporting and cultural events be voluntarily cancelled or postponed. Even that decision was surrounded with confusion as Abe’s announcement was only a recommendation. Some private schools and public after-school programs, now extended to the full day, remain open. And Abe was forced to admit that he made the decision without consulting any experts of infectious disease.

As COVID-19 continues to spread, leaders around the region need to work together to mitigate new infections as much as possible.  Nick Coatsworth calls for ‘pragmatic approaches’ to ‘meet the high expectations of the state’s role in protecting the health of its own citizens’. So far, the ‘implementation of travel restrictions and evacuation of one’s own citizens from disease hot spots has projected an image of “every nation for itself”. Greater communication and coordination between all countries is needed until the scientific community develops a vaccine. At the same time, governments must work to allay public panic and not let ‘domestic pressure created by the fears’ shape responses that are in the end simply ineffective.

The EAF Editorial Board is located in the Crawford School of Public Policy, College of Asia and the Pacific, The Australian National University.