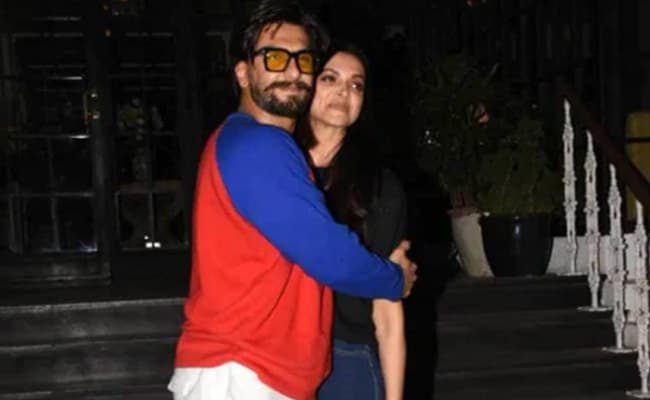 Ranveer Singh and Deepika Padukone photographed in Mumbai.HighlightsDeepika is the cover girl for the March issue of the Elle magazine She shared a set of pictures from her photoshoot on Instagram Ranveer reacted to one of her posts and dropped an epic commentNew Delhi: Deepika Padukone and Ranveer Singh, who frequently exchange adorable comments on…

Deepika Padukone and Ranveer Singh, who frequently exchange adorable comments on each other’s posts, once again found a spot on the list of trends on Monday, courtesy Ranveer’s epic comment on his actress wife’s post. Deepika, who recently featured on the cover of a magazine, shared a set of pictures from the photoshoot on her Instagram profile on Monday and Ranveer had to drop a cheesy comment (like always). Reacting to one of Deepika’s, the cover girl for the March issue of the Elle magazine, latest posts, in which she can be seen posing in a monokini on a beach, Ranveer commented: “Baby, reham karo yaar (Baby, please have mercy).” LOL. Ranveer’s latest comment proves that the couple’s PDA is getting cheesier by the day.

Here’s the photo we are talking about:

A screenshot of Patralekhaa and Sayani’s comments on Deepika’s post.

Last month, Deepika Padukone and Ranveer Singh trended big time on social media after the actress revealed the first look of herself as Romi Dev in ’83, a biopic based on the life of cricket legend Kapil Dev. Ranveer will play the cricketer in the biopic. In case you haven’t seen the aforementioned poster yet, take a look:

Coming back to Ranveer and Deepika’s epic comments on each other’s posts, do you remember what the actor wrote on Deepika’s new haircut photo? On the actress’ post-haircut selfie, which she posed in December last year, Ranveer commented: “Maar do mjhe.”

How can we forget about Deepika’s comment on Ranveer’s post from his ’83 promotion diaries? When Ranveer visited Chennai to promote the film and shared a picture of his team on Instagram, Deepika commented: “Don’t come back without 1 kg Mysore Pak from Shree Krishna and 2 1/2 kg packets of spicy potato chips from Hot Chips!”

On the work front, Ranveer Singh awaits the release of Kabir Khan’s ’83. He will also feature in Karan Johar’s Takht and Divyang Thakkar’s Jayeshbhai Jordaar.

Deepika, on the other hand, was last seen in Meghna Gulzar’s Chhapaak, a film based on the life of acid attack survivor Laxmi Agarwal. The actress will co-star with Rishi Kapoor in the Hindi adaptation of Nancy Meyers’ 2015 comedy-drama The Intern. The original film featured Robert De Niro and Anne Hathaway in the lead roles.