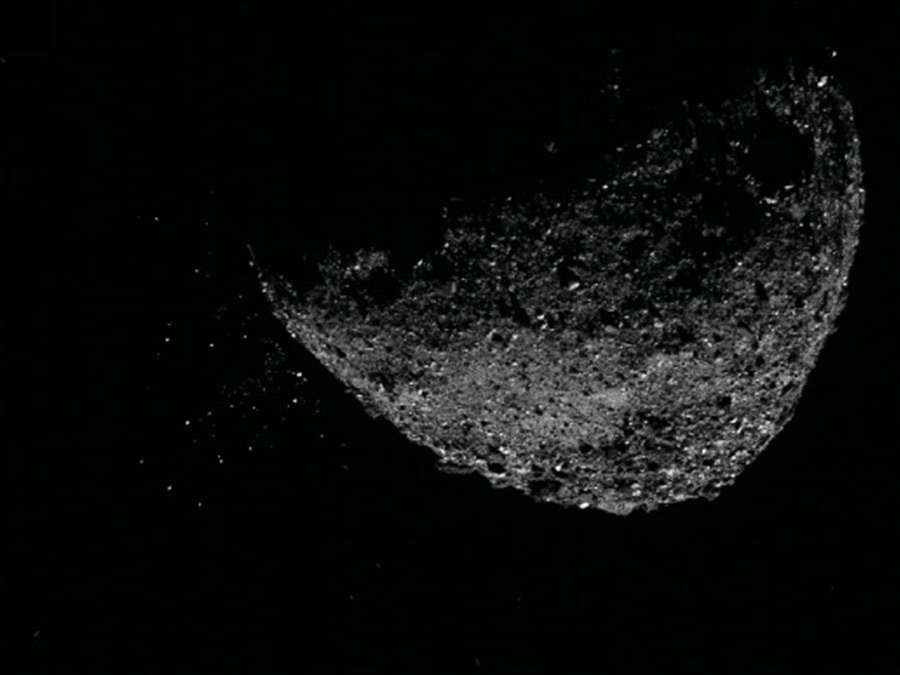 Asteroid 52768 (1998 OR) will make its close approach to Earth on April 29. It will be sixteen times farther from Earth than the Moon, as it makes its approach. Asteroid 52786 is over four kilometres wide, and by far, the biggest asteroid to fly past Earth this year. The biggest asteroid of the year…

The biggest asteroid of the year — half the size of Mount Everest — is set to zip past the planet in April. Over four kilometres wide,
Asteroid 527 (1998 OR2) has been classified as a ‘

’ by the Center for Near-Earth Object Studies (CNEOS).

Bigger than most average asteroids, normally a few feet in size, the asteroid does not pose a threat. According to planetary scientist James O’Donoghue, the asteroid will be over sixteen times farther from Earth than the Moon as it makes its approach.

In fact, the asteroid will be so far away from Earth that it won’t be visible to the naked eye. You’ll need binoculars and a clear sky to hope to catch a glimpse of the asteroid as it streaks through space.

What are the chances of an ?
Asteroid 52768 is over four kilometres wide — any asteroid that spans more than a kilometre in diameter
can’t be compared to any human-made weapon. If it were to hit Earth, it might not destroy all life on Earth but the resulting impact would be 10 times worse than the damage from Hiroshima.

If it were to hit land, the asteroid would throw up enough dust and debris to block out the Sun. And, crashing into the water would result in numerous tidal waves hundreds of feet high — capable of submerging entire coastlines.

Smaller asteroids — called comets or meteoroids — breach Earth’s defences fairly often. However, large objects that pose a threat to life are rare. A
historical study of asteroid strikes shows that a kilometre-wide asteroid hits the planet every 500,000 years on average. But asteroids bigger than five kilometres, only come around every twenty million years or so.

“There is a real but very small risk that we will be wiped out by the impact of an asteroid or comet,” says the study published in the Journal of Evolution and Technology.

There have been at least five confirmed mass extinctions and at least one is directly attributed to an asteroid hitting Earth. The K/T extinction, which wiped out the dinosaurs 65 million years ago, is believed to be the result of an asteroid at least 10 kilometres wide hitting the Yucatan peninsula.

In order to track the threat posed by an asteroid, the National Aeronautics and Space Administration (NASA) and the European Space Agency (ESA) are continually monitoring space for all approaching bodies. They’re also working on potential solutions to either destroy or reroute an asteroid if one is every heading directly for the planet.

“It’s a statistical certainty that one day the Earth will get hit by a large asteroid, whether that’s in 50 years or 100 million years,” said NASA’s Extreme Environment Mission Operations (
NEEMO) principal investigator Mike Gernhardt.

The world’s oldest asteroid struck Earth 2.2 billion years ago triggering one of the first global warming episodes in history