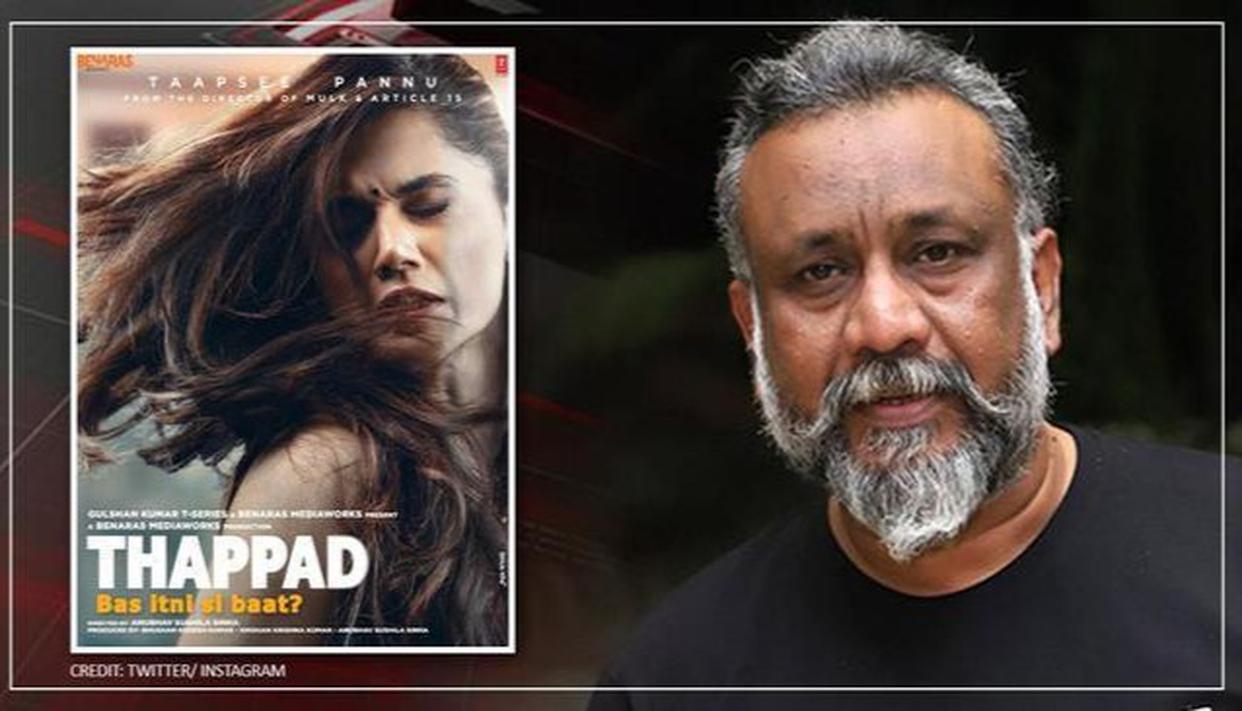 Bollywood News As 'Thappad' completed a week, Anubhav Sinha went on an expletive-ridden spree over its reported collections. He fumed at trade analysts & called them 'pests.' Written By Joel Kurian | Mumbai | Updated On: March 08, 2020 01:06 IST Anubhav Sinha was not happy when reports of his latest Thappad ‘not performing well’…

As ‘Thappad’ completed a week, Anubhav Sinha went on an expletive-ridden spree over its reported collections. He fumed at trade analysts & called them ‘pests.’

Anubhav Sinha was not happy when reports of his latest Thappad ‘not performing well’ at the box office started doing the rounds. The filmmaker went on an expletive-ridden spree on Twitter accusing ‘trade analysts’ of inflating box office numbers at the behest of stars. The ‘Mulk’ director asserted how he was beating the ‘clan’, announcing that the film was doing extremely well and he was earning ‘truck loads of love.’

It all started with a trade portal reporting that the audience had given a ‘tight slap to Thappad’ claiming the movie did poorly with collections of around Rs 21 crore in the first week. Sinha responded to the report, stating the movie was doing very well since he knew the economics of it being the producer. He claimed that a similar reportage was done for his last two films ‘Mulk’ and ‘Article 15.’

Replying to Mini Mathur who called out the box office portal’s report, Sinha, using expletives, wrote that they ‘extort money’ and stop writing about his films, but when he refuses to pay them, but they still write about him, he ‘wins’. He gave the example of Article 15. He told Ekta Kapoor, who also called out the report, that the entire film industry should come out against the portal.

The director wrote that the ‘pests’ get paid by stars and producers to inflate the numbers to the  tune of Rs 20-30 crore. Sinha stated that he did not need them since he was happy making ‘small films, earning small money’ and love from the audiences.

Hit or not I will tell you at the end of its run. But what you should know that these pests get paid by stars and producers to inflate their collections to the tune of 20-30 crores. I make small film and earn small money and truck loads of love so I don’t need them. https://t.co/6aayD2qVMS

He also mocked them about reporting about his film’s economics, claiming they were receiving ‘Rs 20 per tweet.’

Sinha then stated that he was not bothered when the analysts call a Rs 23 crore week ‘poor’. He just wanted to announce that the film was doing ‘ridiculously well’ despite ‘troll army’ and ‘slimy trade infrastructure’ doing its best to pull it down.

I will tell you why I’m even bothering. I didn’t ever since the release when they called a 23 Cr week a poor week. I am bothering to announce that the film is doing ridiculously well despite the entire troll army and their slimy trade infrastructure trying to pull it down 1/2 https://t.co/83qqu0YAmD

He even asked what right people had to talk about his profit and loss, since he had not made his shares public. He believed one should just watch his film, whether they ‘like it’ or ‘hate it.’

Sinha added that it took him 2-3 days to get the right collections of his own film and anything before that was ‘sheer speculation’ and ‘sweet desire.’

The Ra.One director stated that the trolls failed for the third time to pull his film down. He called them ‘rodents’ and how Thappad had ‘stamped over their sinister designs.’ He was even willing to write their names, having been in the industry for 30 years now.

He added that he made films with his own or friend’s money and he does so for the ‘hugs’ and his life was only a ‘byproduct of it.’ He urged them to keep quiet and slammed their political agendas.

Thappad revolves around the story of a woman, who shocked by her husband’s slap, decides to divorce him. The film won immense praises from celebrities and netizens. Apart from Taapsee Pannu, the movie also stars Pavail Gulati, Dia Mirza, Kumud Mishra, Tanvi Azmi, among others.

Get the latest entertainment news from India & around the world. Now follow your favourite television celebs and telly updates. Republic World is your one-stop destination for trending Bollywood news. Tune in today to stay updated with all the latest news and headlines from the world of entertainment.