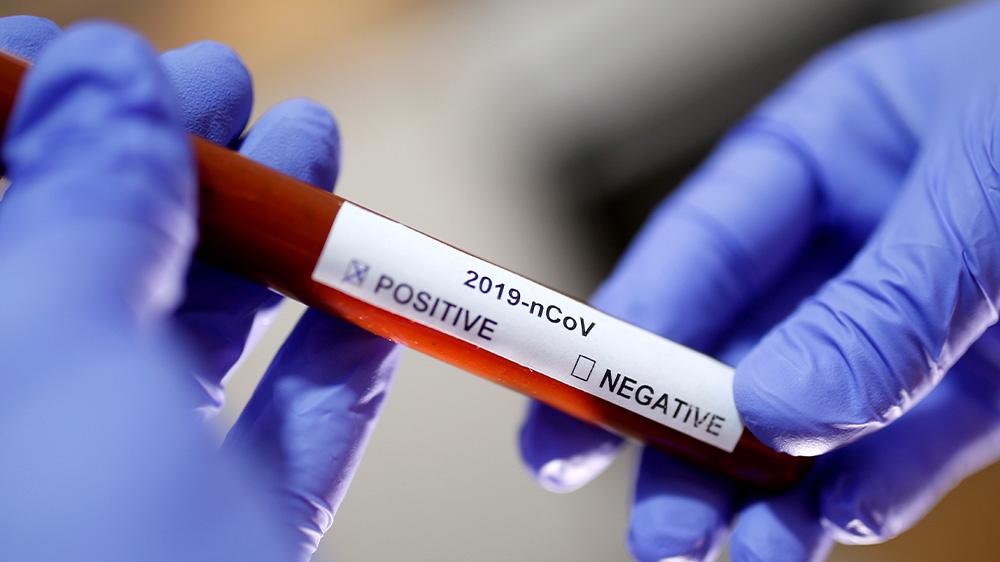 Saudi Arabia has imposed a temporary lockdown on its eastern Qatif area, home to a large Shia-Muslim population, to prevent the spread of coronavirus after recording four more cases that raised the total to 11. The move risks stirring resentment in Qatif, which has been a flashpoint between the Sunni-dominated Saudi government and minority Shia…

Saudi Arabia has imposed a temporary lockdown on its eastern Qatif area, home to a large Shia-Muslim population, to prevent the spread of coronavirus after recording four more cases that raised the total to 11.

The move risks stirring resentment in Qatif, which has been a flashpoint between the Sunni-dominated Saudi government and minority Shia in the country who complain of discrimination and marginalisation, accusations the government denies.

Saudi Arabia’s interior ministry said on Sunday all the individuals diagnosed with the disease are from Qatif. Saudi authorities have previously said those infected have either been to Iran or interacted with people who visited the Islamic Republic, home to important Shia holy sites.

The restrictions in Qatif could also raise tensions between Saudi Arabia and Iran after Riyadh on Thursday denounced Tehran for granting Saudi citizens entry amid the coronavirus outbreak. Saudi Arabia has banned travel to Iran and said legal action will be taken against any Saudi national travelling there.

Iran has emerged as an epicentre for the disease in the Middle East. It has reported 194 deaths from the virus on Sunday, putting it on a par with Italy as the country with the highest death toll outside China.

The Saudi interior ministry said it temporarily halted movement into and out of the oil-producing Qatif region while ensuring returning residents could reach their homes and that commercial supplies to the province continue.

“Work at all public and private institutions is halted as a precautionary measure to prevent the spread of the disease, with the exception of vital facilities that provide security services and necessary provisions,” a ministry statement said.

The lockdown is not expected to have any effect on the kingdom’s oil production, two industry sources told Reuters news agency.

Cement blocks were placed on the main road to Qatif, a resident said, declining to be named because of sensitivities.

The Saudi health ministry earlier said the newly diagnosed people, three of whom are women, interacted with another case reported previously who returned from Iran via the United Arab Emirates (UAE) but did not disclose his visit to the authorities.

On Saturday, the Saudi government restricted land crossings with the UAE, Kuwait, and Bahrain to commercial trucks only and said passenger arrivals will be limited to three Saudi airports.

Bahrain said its Formula One Grand Prix will go ahead this month without spectators, a blow to its tourism sector.

Bahrain’s Crown Prince Salman bin Hamad’s announcement was carried by the state-run Bahrain News Agency. He said the decision was “to preserve the safety of citizens, residents and racing fans”. The race is scheduled for March 22.

In Oman, all events at the Royal Opera House in the capital Muscat, scheduled for March and April, have been cancelled along with the tours of the site, state news agency ONA reported.

Middle East stock markets fell sharply on Sunday amid plummeting demand for crude oil and OPEC’s inability to agree on a production cut. The wider region now has more than 6,900 confirmed cases of the virus, the majority in hard-hit Iran.

A 60-year-old German tourist died in Egypt on Sunday, becoming its first fatality from the new coronavirus, the health ministry announced.

The man was taken to hospital with fever after arriving in Hurghada from Luxor on March 6, and was placed in intensive care but refused to be transferred to a designated isolation hospital, the ministry said.

Egyptian crew and foreign passengers on a Nile cruise ship with 45 suspected coronavirus cases disembarked on Sunday in the southern city of Luxor.

The health ministry said the 45 would be quarantined even though 11 tested negative in follow-up tests.

The A Sara docked in Luxor days after authorities were alerted that a foreign tourist who previously disembarked had contracted the virus and infected others on board. On Saturday, Health Minister Hala Zayed said 33 people on the ship had tested positive without showing any symptoms.

He did not specify the foreigners’ nationalities but said their respective embassies had been contacted.

It was not immediately clear where the other 126 passengers and crew went after disembarking.

On Sunday, Zayed and other officials travelled to Luxor to follow up on quarantine procedures at the city’s airport as part of Egypt’s response to the virus, a government statement said.

The city of Luxor, home to some of Egypt’s most spectacular monuments, is among the country’s top tourist draws.

Besides the cruise ship cases, Egypt has detected three cases of the virus, the first of which was announced on February 14. The health ministry said last week the first patient, a Chinese national, had been released after recovery.

The other two cases, a Canadian working in an oil company and an Egyptian who returned from Serbia through France, were still undergoing treatment, according to the ministry.