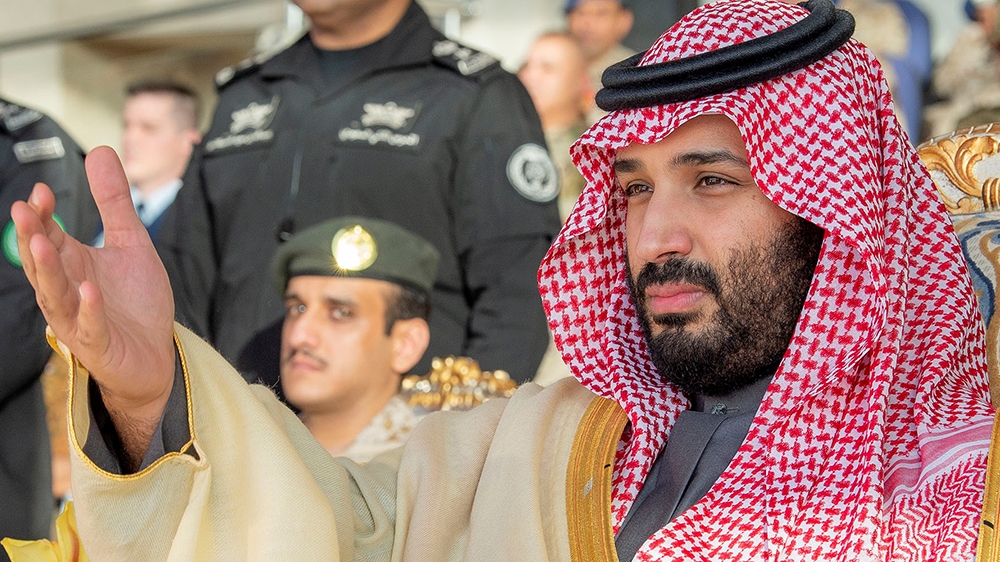 A roundup of royals and aides has widened in Saudi Arabia, according to several reports, in what is believed to be the latest crackdown by Crown Prince Mohammed bin Salman (MBS), the kingdom's de facto ruler, against potential challengers to his power. On Saturday, a day after it was reported two senior members of the royal family were detained…

A roundup of royals and aides has widened in Saudi Arabia, according to several reports, in what is believed to be the latest crackdown by Crown Prince Mohammed bin Salman (MBS), the kingdom’s de facto ruler, against potential challengers to his power.

On Saturday, a day after it was reported two senior members of the royal family were detained over an alleged coup plot, US media outlets said Prince Nayef bin Ahmed, a former army head of intelligence, was also among those being held.

Separately, the Wall Street Journal reported on Saturday the sweep broadened to include dozens of interior ministry officials, senior army officers and others suspected of supporting a coup attempt.

It came a day after the Journal cited sources familiar with the matter as saying masked guards with the royal court on Friday arrested Prince Ahmed bin Abdulaziz, a younger brother of King Salman, and Prince Mohammed bin Nayef, the king’s nephew and a former crown prince. The guardsalso detained a brother of Mohammed bin Nayef.

There has been no official comment from Saudi authorities on the arrests.

“There are some kinds of rumours and innuendos that there’s turmoil within the family in the form of criticism, but that doesn’t justify being arrested as criminals, with masked security forces coming to their rooms and yanking them out of their private residences,” Khalil Jahshan, executive director of the Arab Center in Washington, DC, told Al Jazeera.

The arrests of the king’s younger and beloved brother Prince Ahmed and the king’s nephew and former counterterrorism czar Prince Mohammed came after what one person in Saudi Arabia with knowledge of the situation described as an accumulation of behaviour that was provocative to the leadership.

The source added the arrests sent a message to anyone in the royal family feeling disenfranchised: Stop grumbling and toe the line, because if Prince Ahmed can be arrested, any prince can and will be.

The detentions also raised speculation about the health of 84-year-old King Salman and whether MBS’s succession to the throne was imminent, but on Sunday the official Saudi Press Agency released images of the king presiding over the swearing-in ceremony of newly appointed Saudi ambassadors to Ukraine and Uruguay.

A son of King Salman, MBS has moved to consolidate power since replacing his cousin, Mohammed bin Nayef, as heir to the throne in 2017.

Later that year, dozens of senior members of the royal family and billionaire businessmen were rounded up and detained at a luxury hotel in the capital, Riyadh, in what the Saudi government described as being part of an anti-corruption drive.

Separately, rights groups have denounced the detention of hundreds of activists, including women’s rights campaigners, amid growing criticism over the kingdom’s human rights record, including the 2018 killing of journalist Jamal Khashoggi by a team of Saudi agents and the devastating war in Yemen.

“He’s not worried about people trying to make a coup,” Rami Khouri, a journalism professor at the American University of Beirut, said of Crown Prince Mohammed.

“He doesn’t want any independent voices that don’t agree with him,” added Khouri, pointing to reports suggesting Prince Ahmed was one of only three people on the Allegiance Council, made up of the ruling Al Saud family’s senior members, who opposed MBS becoming crown prince in 2017.

In late 2018, a video emerged of Prince Ahmed facing protesters outside his London residence and in which he seemed to criticise King Salman and MBS for the war in Yemen, described by the United Nations as the worst humanitarian crisis in the world.

“Don’t blame the entire family… Those responsible are the king and his crown prince,” he said at the time. “In Yemen and elsewhere, our hope is that the war ends today before tomorrow.”

Though Prince Ahmed quickly retracted his comments, insisting his words were taken out of context, messages of support and pledges of allegiance began pouring in.

The 78-year-old also issued a statement to deny speculation that he was interested in the role of the monarch, and has largely kept a low profile since returning to Riyadh in October 2018 after two and a half months abroad.

‘Not in a vacuum’

Both Prince Ahmed and Mohammed bin Nayef were seen as possible rivals for the throne when King Salman dies, with reports suggesting they now face long-term imprisonment.

Simon Mabon, a senior lecturer in international studies at Lancaster University, said even though the reasons behind the arrests were not clear, they did not happen “in a vacuum”.

“There have been a range of other things going on inside the kingdom, predominantly the long-standing efforts of the Crown Prince Mohammed bin Salman to seize power and to ensure that he has no form of internal or external descent,” he told Al Jazeera.

“What we saw with the killing of Jamal Khashoggi and this latest round of purges against his rule and against the legacy that he is trying to create for himself for the next 50 years or so as he becomes king.”

Khouri said the idea of a coup being fomented was unlikely in light of the “immense, direct and brutal control” that MBS has over all of the kingdom’s security agencies.

“It is a sign of the nervousness of the crown prince and the people around him who rule Saudi Arabia because they probably expect that the king will either abdicate or pass away soon,” he added.

“They expect there might be some kind of challenge to the succession.”