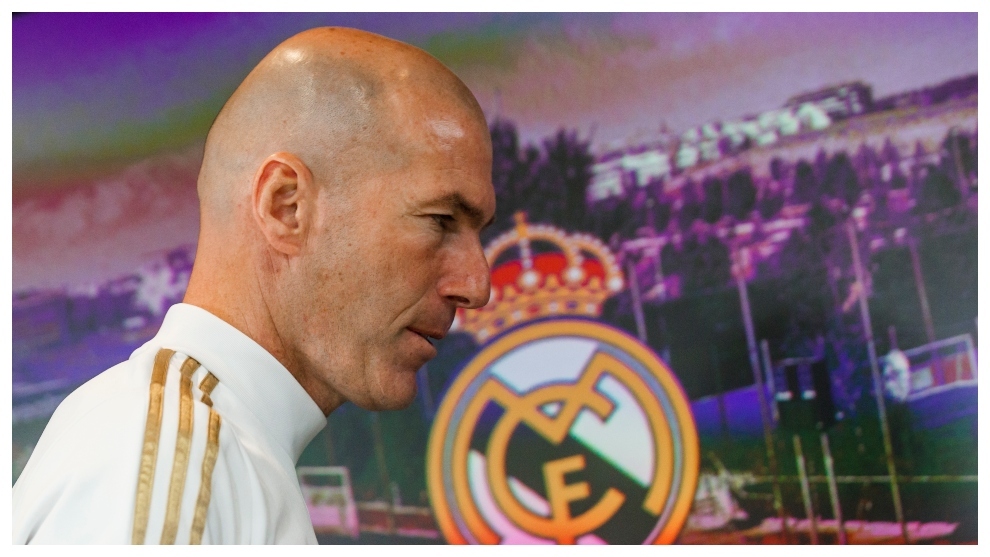 Real Madrid Spoke ahead of Real Betis tripZidane at Valdebebas. PABLO GARCIAFresh on the back of their Clasico victory, Real Madrid return to LaLiga Santander action on Sunday against Real Betis looking for another important three points. Zinedine Zidane spoke of the difficulty of the upcoming fixture, but also touched on his future as well as…

Fresh on the back of their Clasico victory, Real Madrid return to LaLiga Santander action on Sunday against Real Betis looking for another important three points.

Zinedine Zidane spoke of the difficulty of the upcoming fixture, but also touched on his future as well as the state of several first team players.

The Frenchman, when asked about the coronavirus which has caused matches to be played without fans or to be cancelled, mentioned that the situation was unpleasant but insisted on listening to the professionals.

“Playing behind closed doors isn’t something nice, nor is postponing games,” Zidane said during his pre-match press conference.

“It is not my domain to know about this and we have people around us who tell us what to do,” he said when asked about the coronavirus.

“We trust the people who know about this and we do what they tell us.”

Real Betis are up next for Real Madrid, and Zidane feels that Los Blancos will be tested fully.

“We know it is a difficult match and ground,” he stated.

“They have had difficulties in their results but they are a good team.

“[It will be a] physical match but also at a technical level we are going to have to be very good.”

Mariano‘s goal against Barcelona has put him back among the reckoning, but Zidane said that it is all about being ready for the right moment.

“Like the rest, he has to be prepared,” he stated.

“When you have a squad like this one, full of good players, it is difficult to leave someone out.

“The important thing is to do well when called upon.”

Marcelo was another who gave his coach something to think about with a fine display in the Clasico.

“Much is said about Marcelo as well,” Zidane stated.

“He is very important in our squad.

“I’m delighted with his performance against Barcelona.

“We all have to continue in this way.”

Arguably impressing more than anyone in recent weeks is Vinicius particularly after his goal against Barcelona last week, and it appears as though the Brazilian is ahead of Gareth Bale in the pecking order, but Zidane played down such talk.

“There is no one here who is above the other,” he stated.

“I tell them, and I believe, that they are all important, because they all contribute in the end.

“Then I make decisions and it is not easy. I know how the players think, they want to always play.”

Eden Hazard underwent surgery in the week in Dallas, and the French coach revealed that he had chatted with his player following the successful operation.

“Yes, I have spoken with him after the injury and after the operation,” Zidane mentioned.

“He was very affected after the injury and, now that the operation went well, he is in a better mood.

“I hope he returns quickly,” he added.

Zidane has been linked with moves to Juventus and the French national team but he reaffirmed that his thoughts were with Los Blancos.

“I am only here and I have already said that it is a joy to be here,” he stated.

“I have not been contacted or know anything.

“Many things are said from the outside.”

He nevertheless feels that nobody is safe in his line of work.

“The guarantee of staying does not exist [in coaching],” he mentioned.

“The important thing [to focus on] is every day.

“I feel supported by the club, it is clear.

“Those of us who work here are on the same path.

“I am the coach of Madrid at the moment, but tomorrow it could change.”

Zidane was also asked if he felt that his legendary status adds to the pressure of his job.

“Responsibility, sure, but I am lucky to be able to live this here.

“My passion has always been football and I live what I like most in life, in addition to my family.

“Being able to live it in this great club is a source of pride and I take advantage of every moment.”

There was controversy in the Barcelona camp following images of assistant coach Eder Sarabia heatedly reacting to his players during El Clasico, which has raised questions over whether the technical staff should be filmed during matches.

“I will not tell you whether I think it is or isn’t a good idea,” Zidane began.

“I’ve got enough work on my hands.”

“Everyone tries to work as best as they can. And each person thinks in their own way.

“During matches, the tension of each person cannot be controlled.

“I am not going to comment on whether it is right or wrong, each person lives it in their own way”.