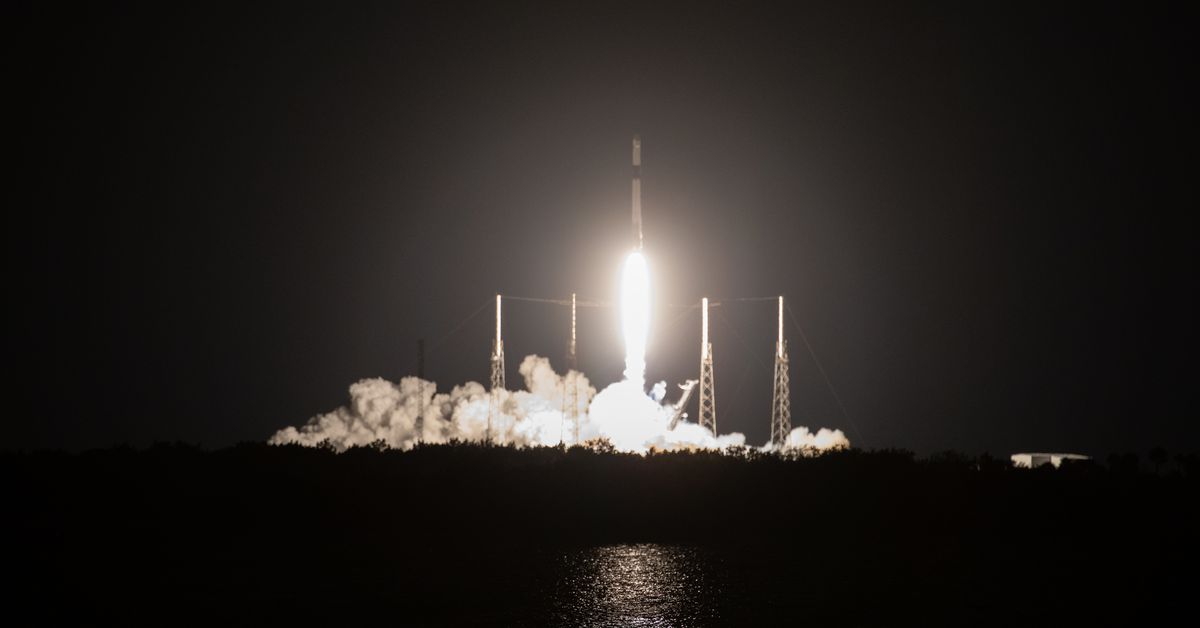 Late last night, SpaceX successfully launched its Falcon 9 rocket on the company’s 20th cargo mission to the International Space Station, sending more than 4,500 pounds of supplies and science experiments to the three crew members living in orbit. Following takeoff, SpaceX then landed its Falcon 9 on a landing pad in Florida — the…

Late last night, SpaceX successfully launched its Falcon 9 rocket on the company’s 20th cargo mission to the International Space Station, sending more than 4,500 pounds of supplies and science experiments to the three crew members living in orbit. Following takeoff, SpaceX then landed its Falcon 9 on a landing pad in Florida — the 50th overall rocket landing for the company.

While it was a fairly routine launch for the company, it was also a significant one: the final resupply mission for NASA under SpaceX’s original contract with the space agency. That doesn’t mean SpaceX will be done launching supplies to the ISS, though. In 2016, NASA awarded SpaceX a second contract to continuing launching cargo missions to the station through 2024. And once this new round of launches begins, SpaceX’s hardware will get an upgrade too. The company has long used its Dragon 1 cargo capsule to carry all the supplies to the ISS, but now, SpaceX will begin using its new Dragon 2 capsule.

This new Dragon capsule is very similar to the one that SpaceX will use to send people to the space station later this year. It’s slightly bigger than its predecessor, able to carry about 20 percent more volume than before, and it can be re-used up to five times in space. Each Dragon 1 spacecraft could only be used up to three times. Plus it sports quite a few upgrades, including an entirely new parachute system. “We learned a lot on the Dragon 1 spacecraft,” Hans Koenigsmann, vice president of build and flight reliability at SpaceX, said during a press conference ahead of the launch. “We put all the lessons learned basically in Dragon 2 as much as we could.”

Perhaps the biggest new feature of Dragon 2 is that it will be able to dock all on its own with the International Space Station. All of the previous Dragon cargo capsules had to have some help to get to the ISS. Each vehicle approached the station and an astronaut on board had to capture the capsule with a robotic arm. The arm would then bring the Dragon closer to the ISS and attach it onto a docking port. But from now on, both crew and cargo versions of Dragon will be able to approach the station and dock by themselves, freeing up time for the astronauts on board the ISS.

SpaceX is expected to fly this new cargo Dragon capsule sometime in the fall. In the meantime, the final Dragon 1 launched last night is orbiting Earth and will meet up with the International Space Station early Monday morning. When it is attached to the ISS, it’ll bring various supplies and experiments, including a system to study organs on microchips. Dragon is also bringing a new European platform that will be attached on the outside of the ISS, allowing research institutions and companies to attach their own payloads on the exterior of the station.

This Dragon will stay attached to the ISS for about a month, before returning to Earth. When it leaves, it’ll be loaded up with 4,000 pounds of cargo to be returned to the ground. After the vehicle splashes down in the ocean, the era of Dragon 1 will be over. “Dragon 1 had a great career and we’re really proud at how it contributed to the important science aboard the ISS,” Koenigsmann said. In fact, SpaceX’s Dragon made history in 2012, by becoming the first private vehicle to attach the ISS ever.

“We’re grateful for NASA for the ongoing support, and we’re looking forward to the continued success of Dragon,” said Koenigsmann.

Correction March 7th, 11:30AM ET: A previous version of this story misstated the location of the Falcon 9 landing last night. It landed on a landing pad.