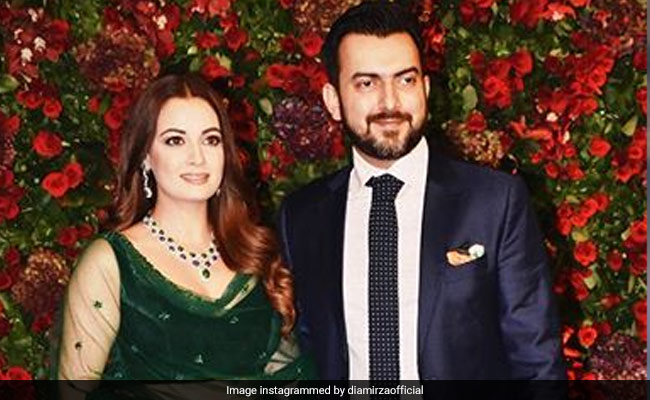 Dia Mirza with ex-husband Sahil Sangha. (Image courtesy: diamirzaofficial )HighlightsDia Mirza and Sahil announced their separation in August last year "People ask me how I am so strong," said Dia "I just want to tell them I find my way," she addedNew Delhi: Dia Mirza, who was married to Sahil Sangha for 11 years, spoke…

Dia Mirza, who was married to Sahil Sangha for 11 years, spoke about how people reacted to the news of their separation in a recent interview to Pinkvilla. The actress and Sahil announced their separation in an Instagram post in August last year. Talking about how people’s behavior around her has changed since then, Dia said the gaze is now “empathetic” and sometimes even “pitiful.” She told the publication: “It still amuses me. You are moving in circles where people are educated but they still feel a sense of sadness. There’s definitely a sense of empathy as well. So the gaze is not necessarily critical, it’s empathetic and sometimes even pitiful.

“It’s also sometimes awe and admiration. Sometimes, people ask me how I am so strong and how do I get up and go to work like this? I just want to tell them I find my way and I hope you’ll find yours,” she added.

Talking about the societal pressure that comes along with the tag of being a divorcee, the Thappad actress said: “Some people feel divorce is an excuse to not compromise. Yes, in life, you have to adapt and compromise. But the questions is – when does it stop? How much is too much, how less is too little? That’s a personal choice.”

Dia Mirza and Sahil Sangha married in October 2014 after dating for years. They had a close-knit wedding at Sahil’s Chhattarpur farmhouse in Delhi.