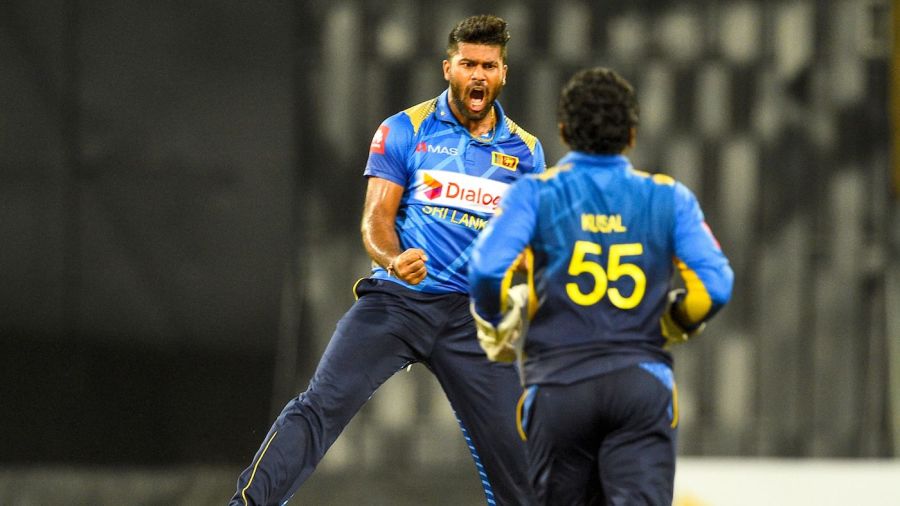 Lahiru Kumara is pumped after taking a wicket AFP6:58 PM ISTThe Report by Andrew Fidel FernandoToss West Indies opt to bowl v Sri LankaWest Indies won the toss and opted to bowl in the second - and final - T20I in Pallekele, despite having won comfortably batting first on Wednesday. The decision may have been influenced…

West Indies won the toss and opted to bowl in the second – and final – T20I in Pallekele, despite having won comfortably batting first on Wednesday. The decision may have been influenced by the threat of rain later in the evening – teams generally preferring to be batting if Duckworth-Lewis-Stern calculations come into play.The visitors made no changes to their winning combination, however, which meant that legspinner Hayden Walsh Jr continued to sit out, while left-arm fingerspinner Fabian Allen remained the only frontline spin option in the side. Sheldon Cottrell and Oshane Thomas, who took five wickets on Wednesday, were the main fast bowlers.

Sri Lanka switched out the out-of-form Isuru Udana for the younger, faster Lahiru Kumara, perhaps having seen the pace and bounce which Thomas had gained from the Pallekele surface two nights ago. There were no other changes – the top order remaining in tact despite its failure in the first T20I. Niroshan Dickwella has now sat out the whole tour, despite having been in both 15-member squads.