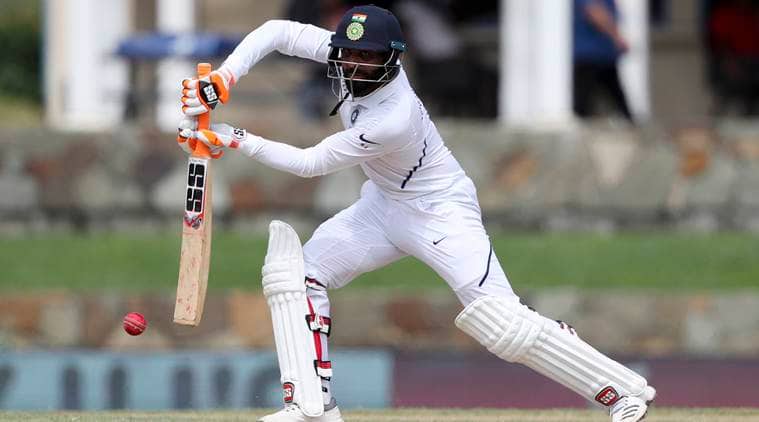 Ravindra Jadeja won’t play in the final of Ranji Trophy as the Indian cricket board has cited ‘country first’ policy while turning down the request from Saurashtra Cricket Association (SCA). Cheteshwar Pujara will play the final for Saurashtra and Wriddhiman Saha will turn out for Bengal but since Jadeja is part of the Indian ODI team that plays its first game against South Africa on March 12 — Ranji Trophy final starts on March 9 — he won’t be released to play the final.

Sourav Ganguly, the BCCI president, was requested by Jaydev Shah, the SCA president, to allow Jadeja to play. “I spoke to him [Ganguly] and was told that the board can’t allow Jadeja to play Ranji as country comes first,” Shah revealed. He suggested that international games should not be scheduled during the final of Ranji Trophy, the premier domestic competition. He made a reference to the board policy with IPL to state his case.

“If BCCI wants people to watch their premier domestic cricket then no international game should be held during Ranji final, henceforth. It’s my suggestion. Will BCCI keep an international match during IPL? No, because it gives money. Ranji Trophy can only be popularised if star players play at least in the finals. Don’t keep any international cricket during finals, have a proper window,” the former Saurashtra captain Shah said.

Saurashtra defeated Gujarat by 91 runs in the semi-final at home and the final will also be held at the same venue in Rajkot.

“I would have loved to see him (Jadeja) play the Ranji Trophy final for us, why only Jadeja, I would have loved to see Mohammad Shami (for Bengal) also.” Shah said. It will be fourth Ranji Trophy final for Saurashtra team in the last eight years and Jadeja’s inclusion, Shah feels, could have been a big boost to the side. Saurashtra will have Pujara while Bengal will have the services of Saha to hunt down a triumph in the premier first-class competition after a gap of 13 years.

Saurashtra defeated Gujarat by 91 runs in the semi-final at home and the final will also be held at the same venue in Rajkot. It will be their first final at home; last year they lost to Vidarbha in Nagpur. Saurashtra captain Jaydev Unadkat is happy that Pujara will at least be playing in the final.

“I was in constant touch with Chintu (Pujara) when he was in New Zealand. He cares for the team as much as I do. He was on the flight back from New Zealand when we won. The top-order hasn’t been scoring, so having him back will be really good. whenever Cheteshwar is around, our batting unit plays differently. They have that confidence and reliance when he is there,” the captain said.