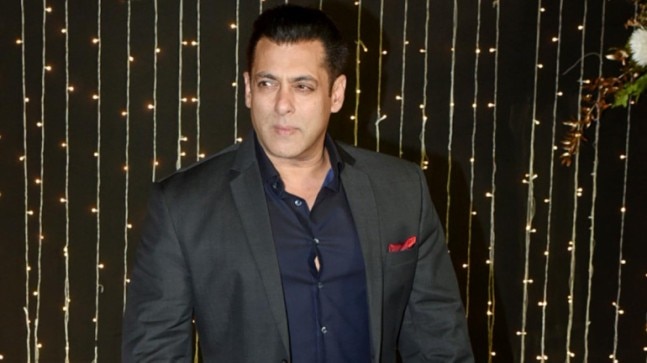 After taking over the box office on Day 1 with his 2019 release Bharat, Salman Khan has now become the highest-earning brand endorser for a smartphone brand. The actor, reportedly, has been paid Rs 7 crore a day for a brand shoot.

Salman was paid Rs 7 crore per day to shoot for a smartphone commercial, say reports. The shoot usually goes on for three to five days.

According to a report in Mid-Day, the actor shot for the commercial at Mehboob Studio in Mumbai in February. A source informed the portal about his apparent fee adding that it’s perhaps the highest fee paid to a Bollywood star for any endorsement.

The source said, “The superstar charged a whopping Rs 7 crore per day for the shoot. It is being touted as the highest fee paid to a Bollywood star for a brand endorsement.”

The report further claims that the actor has freed another four to five days for the brand’s next promotional event.

On the film front, Salman Khan’s last film Dabangg 3 was a box office success. Despite receiving negative reviews from film critics, the film managed to perform well at the box office. However, it couldn’t meet the expectations set for a Salman Khan film.

Watch the trailer of Dabangg 3 here:

The Dabangg actor is currently busy with the shoot of his upcoming film Radhe: The Most Wanted Bhai. He will be seen romancing Disha Patani in the film, which is scheduled to release on May 22, this year.

While the Eid of 2020 is set for Radhe: The Most Wanted Bhai, Salman Khan will be coming with his another film Kabhi Eid Kabhi Diwali on Eid, next year. The actor recently took to social media to announce the film.

ALSO READ | Salman Khan in old viral video: I will not go up and pick up a Filmfare or any stupid award