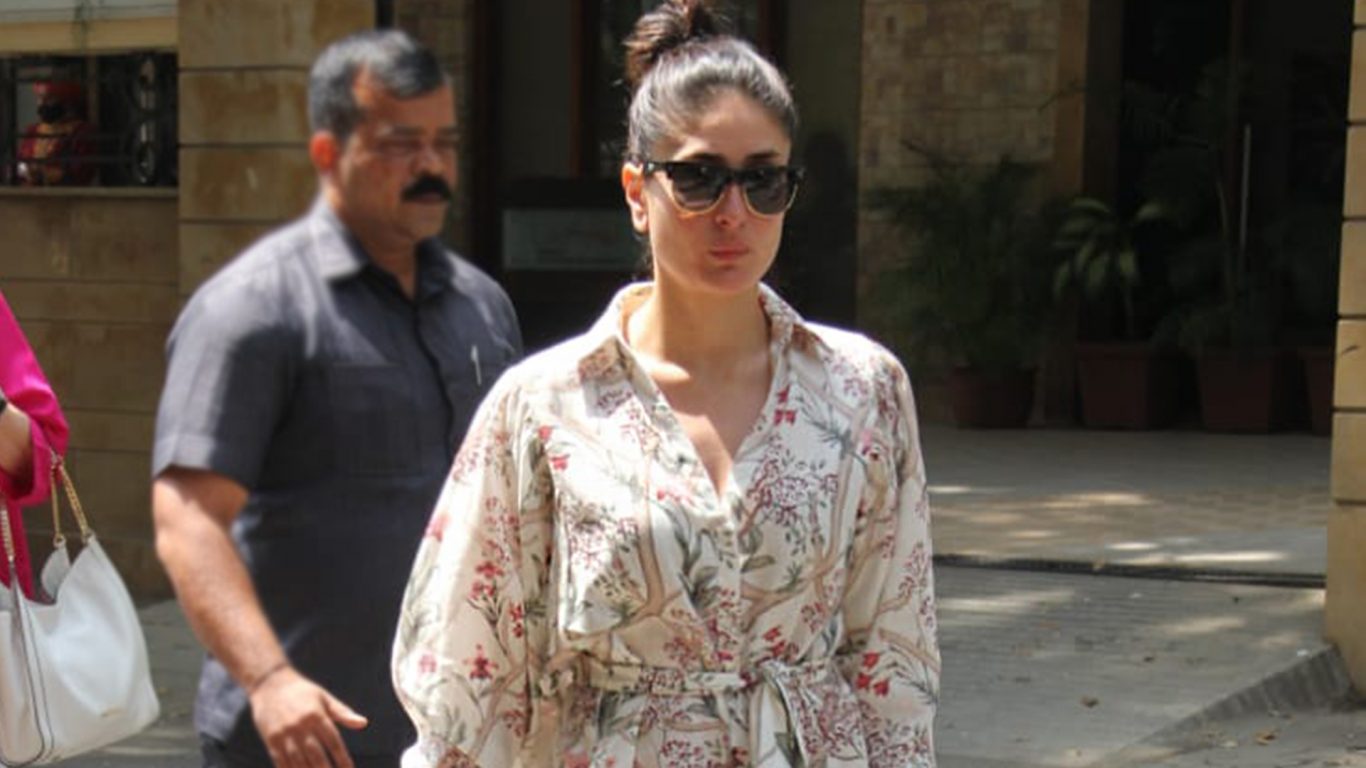 by Nupur Sarvaiya Mar 05, 2020 | 06:30:09 ISTFor a casual outing in the city, Kareena Kapoor Khan picked a breezy shirt dress that came with interesting sleeves. Here are all the details on her look “My style has always been very confident. It’s in the very casual, chic zone, not very couture,” Kareena Kapoor…

“My style has always been very confident. It’s in the very casual, chic zone, not very couture,” Kareena Kapoor Khan once said, and if you’re an avid follower of the star, you’re bound to agree. No matter what the occasion, Kapoor Khan always makes sure to step out in an outfit that’s interesting, yet comfortable. Case in point: the fuss-free dress she picked for a casual outing last afternoon in Mumbai with her son Taimur Ali Khan and mother Babita Kapoor. For the day, the actor picked a breezy white shirtdress that came patterned with a tapestry of flowers and foliage motifs in pastel hues. The summer-friendly ensemble came with a tie-up belt in the same fabric which instantly gave it more structure, and also spotlighted this season’s sworn favourite trend—dramatic sleeves. Scroll ahead to find out where you can find a similar outfit for your next day outing.

Kareena Kapoor Khan is not one to let trend charts dictate what she wears, and her no-rules rapport with fashion is most evident in her off-duty choices. Instead of picking a predictable pair of shoes with this printed number, the star chose a pair of Kolhapuri-style metallic sandals instead. The actor has sported traditional flats similar to these with several jeans + T-shirt looks in the past too. With this look, Kapoor Khan gave jewellery and makeup a rain check, and simply tied her tresses back into an easy bun. A pair of sunglasses served as the finishing touch.

Whether you have a brunch pencilled in your calendar or are simply looking for a relaxed dress, a floral number like Kareena Kapoor Khan’s will be right up your alley. We know where you can find a similar one online. 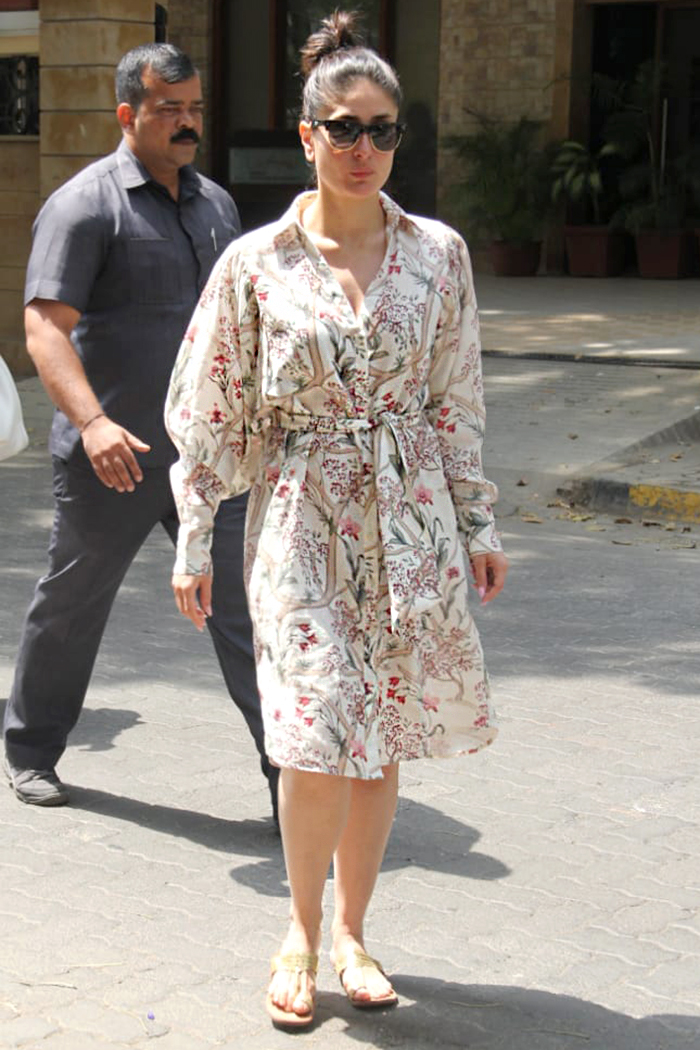