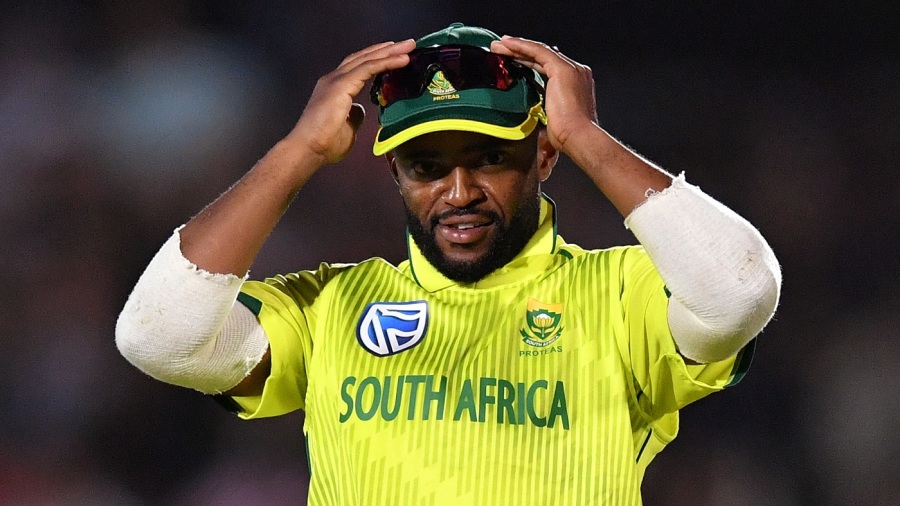 8:24 PM ISTThe Report by Firdose MoondaAustralia 271 (Finch 69, Short 69, Ngidi 6-58) v South Africa South Africa will be required to pull off the highest successful chase in a day-night game in Bloemfontein, 272, to seal the three-match series against Australia. Despite the magnitude of their task, the hosts will be than happy…

South Africa will be required to pull off the highest successful chase in a day-night game in Bloemfontein, 272, to seal the three-match series against Australia. Despite the magnitude of their task, the hosts will be than happy with their afternoon’s work, especially Lungi Ngidi’s. In Kagiso Rabada’s injury-enforced absence, the new leader of the attack, Ngidi, took a career-best 6 for 58, which included his first five-for, as he became the fastest South African to 50 wickets.

But he did not operate alone. South Africa’s pack were all impressive, with no-one going for more than six runs an over. They will be particularly pleased with their performance at the death where they gave away only 49 runs in the last 10 overs, and took six wickets. Ngidi headlined the effort as he dominated the top and tail of the innings, with three wickets in his first spell and three in his last, to keep Australia under 275.

Australia may disappointed that they did not add more, especially after half-centuries from Aaron Finch at the top of the order and D’Arcy Short in the middle. Ultimately, their assessment at the toss that the slow nature of the surface would make run-scoring tough as the innings wore on proven correct and, with two frontline spinners in their line-up, they have something to defend.

Keshav Maharaj was tasked with opening the bowling again, after he did the job in Paarl on Saturday and in identical fashion, his two overs did not bring a breakthrough. Instead, Australia’s top two started strongly, with David Warner going after Anrich Nortje, who struggled with his length initially. Runs came easily for Australia and they were 50 without loss before their momentum was halted when Warner tried to hit an Ngidi ball over the inner ring and gifted Janneman Malan a catch at cover.

Four overs later, Steve Smith showed greater generosity when he sent Ngidi straight to Jon-Jon Smuts at midwicket and the most magnanimous chance came a ball later. Marnus Labuschagne flashed at the first ball he faced and Malan, at point, accepted it gleefully. That wicket made Ngidi the fastest South African to 50 ODI wickets, a feat in achieved in just 26 matches, and also put him on a hat-trick. He missed out but Australia were still in trouble at 83 for 3.

They should have been 88 for 4 when Finch, on 35, edged Shamsi to leg slip but Smuts put him down. They also should have been 100 for 5 when Short, on 11, was too early on a straight drive and sent the ball straight back to Andile Phehlulwayo, who could not hold on in his followthrough. Both mistakes proved costly as Finch and Short went on to post the highest partnership of the innings, 77, but it was not without difficulty.

Short edged Shamsi past first slip and was dropped again, on 19 by David Miller at midwicket. Finch found more fluency and took on Shamsi, who hit for two sixes and a four, and against whom he brought up fifty, off 70 balls. The pair were willing to be patient, especially against the spinners but and it took the return of a quick to separate them. Nortje returned from an expensive first spell (0 for 31 in four overs) to begin his second with a 147kph back-of-a-length ball that Short swayed away from and followed-up with a fuller length delivery that Finch edged to Quinton de Kock.

It fell to Short to anchor Australia’s lower-middle order and he had an able partner in Mitchell Marsh. The pair put on 66 for the fifth wicket, with Short’s fifty coming off 65 balls and showing a good awareness of which balls to send to the boundary. The margin for error was tiny and whenever a South African bowler just missed their length, the ball was dispatched.

By the time the last 10 overs began, Australia were in a good position to launch a final assault but South Africa’s attack had other plans. Phehlukwayo and Shamsi gave little away and were rewarded when Short made room to cut Shamsi but hit the ball to Malan at point and when Phehlukwayo nailed a leg-stump yorker to bowl Marsh.

But it was Ngidi who took the honours at the death. He should have been among the wickets with the third ball of his penultimate over when Ashton Agar offered Miller a chance at mid-wicket but he spilled it, shied at the stumps, missed and the ball went for four overthrows. Miller’s second error did not cost too much after Agar holed out three balls later. Ngidi’s afternoon got better in his final over, when Alex Carey tried to flick him over his shoulder and was caught by de Kock. The on-field umpire was unmoved but before South Africa could review, Carey walked. Three balls later, Ngidi bowled a slower ball to Pat Cummins, who sent it down the ground to Smuts before Nortje ended the Australian innings on the final ball.