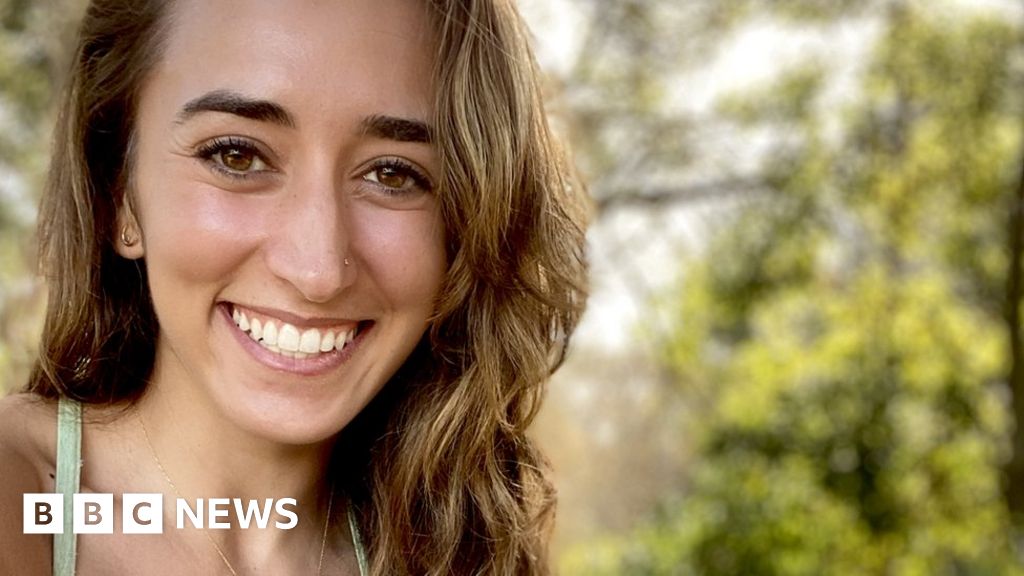 Image copyright Sarafina Nance When Sarafina Nance found out she had a very strong chance of getting breast cancer, she decided to have a preventative double mastectomy followed by reconstruction. The surgery would dramatically reduce the risk, but she would likely lose feeling in her chest. The 26-year-old was "fully prepared" to be numb, until…

When Sarafina Nance found out she had a very strong chance of getting breast cancer, she decided to have a preventative double mastectomy followed by reconstruction. The surgery would dramatically reduce the risk, but she would likely lose feeling in her chest. The 26-year-old was “fully prepared” to be numb, until pioneering surgery changed her life.

The first time Sarafina was screened for breast cancer, doctors found something worrying.

She already knew she had inherited the BRCA2 gene from her father, after he was diagnosed with advanced prostate cancer and she had genetic testing.

The gene increases the risk of developing a number of cancers – including breast cancer; Sarafina, who lives in California, was told she’d need twice-yearly screening.

But after her first MRI scan, doctors ordered a biopsy.

“Waiting for the results, I was completely debilitated,” Sarafina says.

“I remember calling my dad, asking him what happens if we both have cancer. What if I die?”

The mass was benign, but Sarafina realised she didn’t want to go through repeated scans.

Still in her mid-20s, she decided to have a preventative double mastectomy with reconstruction. She would have all her breast tissue removed and implants would create new breasts.

Typically, mastectomy with reconstruction is offered to two groups: those with a cancer diagnosis, and those who have a high genetic tendency to developing breast cancer who choose to undergo preventative operations.

Dr Emma Pennery, clinical director at UK charity Breast Cancer Now, says that there is a distinction between the procedures that may be offered to women like Sarafina, and those who have already developed breast cancer. It’s of the utmost importance that the cancer is properly treated.

“Breast cancer cells can exist in the area behind the nipple or behind the areola, so you have to be safe to get all the cancer out,” Dr Pennery says, adding that ongoing cancer treatment plans may affect the method of reconstruction.

Sarafina is an astronomy PhD student at the University of California, Berkley, and when she started researching her surgical options, her science background kicked in.

“It was very difficult to know what I should be doing,” she says.

“Women who have mastectomies and reconstruction can lose feeling in their breasts and that can mean you don’t feel hugs, or you don’t feel waves crashing into you if you’re in the ocean.”

Dr Pennery says the surgeons she’s worked with will try to minimise any side effects for women having preventative mastectomies.

“The ease of removing breasts and reconstructing the breasts does vary an awful lot on things like the size of the breast, the size of the nipple and areola and also how central it is, which can be affected, putting it bluntly, by how droopy one is,” she says.

With implant reconstruction, it’s “quite likely” a woman will lose sensation afterwards, she says.

“In order to do the mastectomy and reconstruction, the surgeon cuts through some of the nerves that supply the area and that’s what leads to the numbness.”

A study from the Royal Marsden in London, published in 2016, found that “breast sensibility is significantly impaired following mastectomy and reconstruction” but noted the majority of women go on to recover some light touch sensation.

“Sensory changes post-reconstruction have largely been overlooked in the past, but can be crucially important in a woman’s quality of life and affect how she accepts her reconstruction,” says Ayesha Khan, a consultant oncoplastic breast surgeon and one of the study’s authors.

“Novel techniques to better preserve sensation post-reconstruction are in evolution and likely to be something women could benefit from in the future.”

After weeks of research, Sarafina found Dr Anne Peled, who is based in California and trained in both breast cancer and reconstructive/plastic surgery.

“When I had my own diagnosis,” Dr Peled says, “I had a really, really difficult time making a choice, because I felt like it was so daunting to consider at age 37, having no sensation in my chest for the rest of my life.”

She opted for an alternative surgery and is now working with her husband, a nerve specialist, on finding new approaches to preserve sensation.

Dr Peled performed a mastectomy and then a reconstruction with implants on Sarafina at the end of 2019.

Sarafina’s first emotion when she woke up from the anaesthetic was relief, and her recovery has been going well.

“I now have sensation in my whole right side and three-quarters of my left side and it’s coming back more and more every day,” she says.

Sarafina is now using social media to raise awareness of preventative mastectomies and reconstruction, studying for her PhD and applying to train as an astronaut.

It’s been a challenging time for her family, especially her father, who is still having treatment for his own cancer.

“He was very sad that I have the [genetic] mutation, I have to undergo this and face things that I think he wishes I’d never have to face,” Sarafina says.

“But I think he’s really proud and very relieved that everything went so well and that I feel 100% like myself.”

BBC 100 Women names 100 influential and inspirational women around the world every year. We create documentaries, features and interviews about their lives, giving more space for stories that put women at the centre.