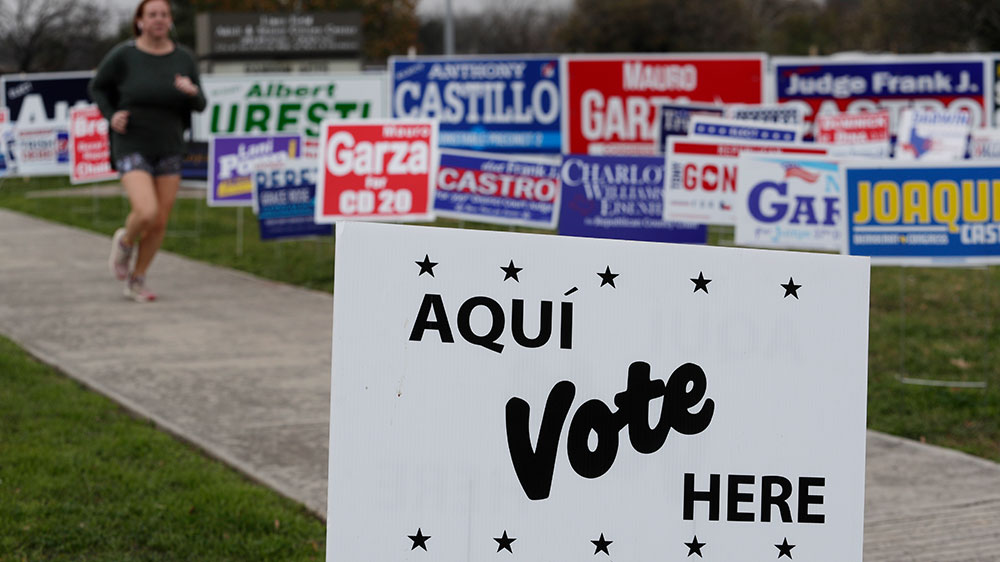 With one lopsided result in one Southern US state and a pair of prominent withdrawals, a lot has changed in the race for the Democratic presidential nomination. Saturday's results in the South Carolina primary, in which Joe Biden trounced frontrunner Bernie Sanders by more than 28 percentage points, had already thrown a ratchet into the…

With one lopsided result in one Southern US state and a pair of prominent withdrawals, a lot has changed in the race for the Democratic presidential nomination.

Saturday’s results in the South Carolina primary, in which Joe Biden trounced frontrunner Bernie Sanders by more than 28 percentage points, had already thrown a ratchet into the convoluted race, puncturing the aura of inevitability that surrounded Sanders.

Then, the unexpected withdrawals of Pete Buttigieg on Sunday night and Amy Klobuchar on Monday afternoon turned what had been a multi-person race into one with four viable candidates, all of them in their 70s and from states in the northeast corner of the country – Sanders, Biden, Elizabeth Warren and Michael Bloomberg.

Tuesday’s primary votes in 14 states are the closest thing the US has to a national primary. More than two-thirds of the delegates needed to secure the Democratic nomination – 1,357 out of the 1,991 needed – at the party’s convention in Milwaukee, Wisconsin in July are up for grabs.

California and Texas are the day’s biggest prizes, with 415 and 228 delegates, respectively. California, the most populous US state, held its primary in June during the 2016 presidential race but opted to return as a Super Tuesday state this cycle to try to increase its influence.

After Biden’s big victory in South Carolina, Buttigieg and Klobuchar both united behind him.

While, the result in South Carolina was one of the best nights of Biden’s political career, his first primary victory in three presidential runs, Biden still trails Sanders in the delegate count and most national polls.

He has followed the win with back-to-back days of five-million-dollar fundraising hauls, by far the best 48-hour stretch of his campaign, and a newfound momentum, or “Joementum”, as his supporters have taken to calling it, that came with a number of high-profile endorsements.

“Democrats need a candidate who can assemble the largest, most diverse coalition possible to defeat Trump and lead our country following the trauma of Trump’s presidency,” said former Senate Majority Leader Harry Reid, one of Monday’s endorsements. “That candidate is Joe Biden.”

Buttigieg and Klobuchar’s departures have left Biden alone in the middle of the ideological stage with one exception: Michael Bloomberg.

Bloomberg, the former New York City Mayor, has spent more than $500m on his campaign so far, and Tuesday will be the first time he actually appears on a ballot. Despite poor debate performances, the Bloomberg advertising juggernaut has boosted him into third place in national polls behind Sanders and Biden.

Establishment Democrats, fearful that Bloomberg’s continued presence in the race will siphon off moderate voters and favour Sanders, have quietly urged him to follow the other moderates’ lead and drop out of the race. He has so far resisted.

“I’ve won three elections so far. I don’t plan to start losing now!” Bloomberg said at an event in Virginia on Monday. For Sanders, who leads Biden by only six delegates after South Carolina, the weekend’s results were a wake-up call. He struggled among black voters in 2016, and Saturday’s vote shows he still has issues with a key Democratic voting bloc. His supporters had hoped to mobilise enough young voters to offset his tepid support among older ones, but the efforts did not pan out. Black voters under 45 were about equally split between Sanders and Biden.

The hope in the Sanders camp is that South Carolina was an aberration and Super Tuesday will demonstrate his popularity among all voters of colour. Southern states such as Alabama, North Carolina, and Virginia voting on Tuesday have substantial numbers of black voters, and Latinos hold huge sway in California and Texas, where they make up 40 percent of the population.

Sanders has invested heavily in California as a demonstration of his electability, and the efforts have paid off. He is widely expected to win the state handily, as well do reasonably well in New England states that are considered his back yard. Biden is expected to fare better in the Southern states.

On Monday, Sanders earned his own high-profile endorsement from Democracy for America, a national grassroots organisation originally led by former Vermont Governor Howard Dean, another champion of the Democratic Party’s progressive wing.

“The overwhelming support for Bernie we saw in our member vote should be a wake-up call to the broken, visionless, corporate Democratic establishment,” said the organisation’s chair Charles Chamberlain. “American’s want fundamental change in Washington, not a return to the status quo.”

If Sanders supporters were hoping that his fellow progressive still in the race, Elizabeth Warren, would follow the moderates’ lead and withdraw to clear his path to the nomination, those hopes were dashed by Warren campaign manager Roger Lau, who promised to take the fight all the way to the floor of the convention if no candidate emerged from the primary season with a clear majority.

“The convention in Milwaukee is the final play,” Lau wrote in a Sunday memo to campaign staffers. Regardless of what happens on Tuesday, the race for the Democratic nomination is far from over after Tuesday. On March 10, there are more than 350 delegates in play, including 125 in Michigan, and on March 17, three large states (Florida, Illinois and Ohio) will be selecting 577 delegates.

If the race is still undecided by late April, six states with more than 650 delegates have important primaries on April 28th: Connecticut, Delaware, Maryland, New York, Pennsylvania and Rhode Island. And there are a further 500 delegates at stake in May and June.

Democratic National Committee Chairman Tom Perez, speaking at a fundraiser in North Carolina over the weekend, cautioned Democrats that it is still early in the process.

“I used to run marathons,” Perez said. “We’re at, like, mile three or four of the marathon.”