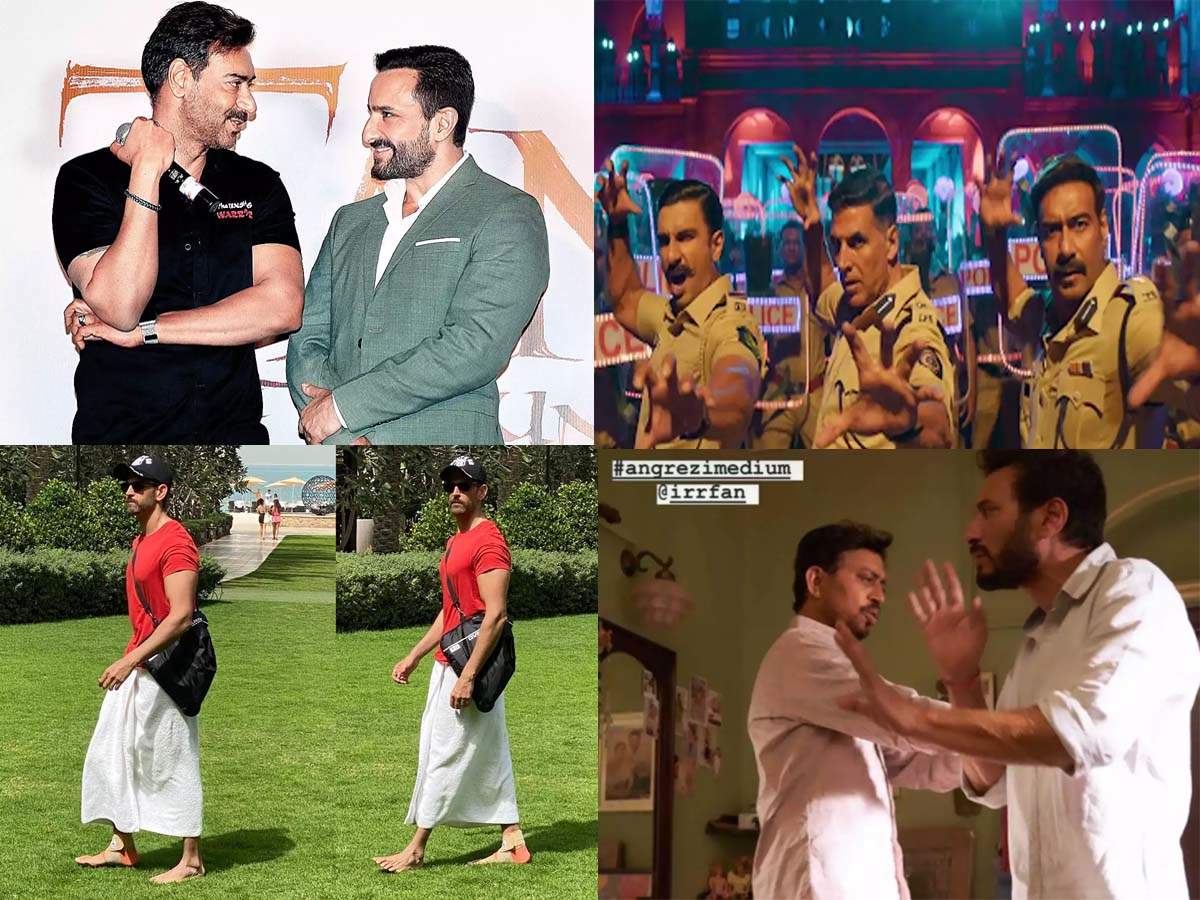 Ajay Devgn and Saif Ali Khan were last seen together in Om Raut's period drama 'Tanhaji: The Unsung Warrior'. There were reports which suggested that Ajay is upset with Saif for his statements made during a media interaction. Recently, at the trailer launch of 'Sooryavanshi', Ajay was asked about the same and he hilariously rubbished…

Ajay Devgn and Saif Ali Khan were last seen together in Om Raut’s period drama ‘Tanhaji: The Unsung Warrior’. There were reports which suggested that Ajay is upset with Saif for his statements made during a media interaction. Recently, at the trailer launch of ‘Sooryavanshi’, Ajay was asked about the same and he hilariously rubbished the rumours.

Irrfan Khan will be returning to the screen after his treatment with Homi Adajania’s ‘Angrezi Medium’. The trailer of the film received a lot of love and appreciation from the audience. In the meantime, remembering a hilarious moment from the sets of the film director Homi Adajania shared an unseen photo and captioned it as, “When you are not sure how to direct, do Tai chi…” In the photo, Irrfan and Homi are seen performing Tai Chi which is a form of Chinese martial arts. 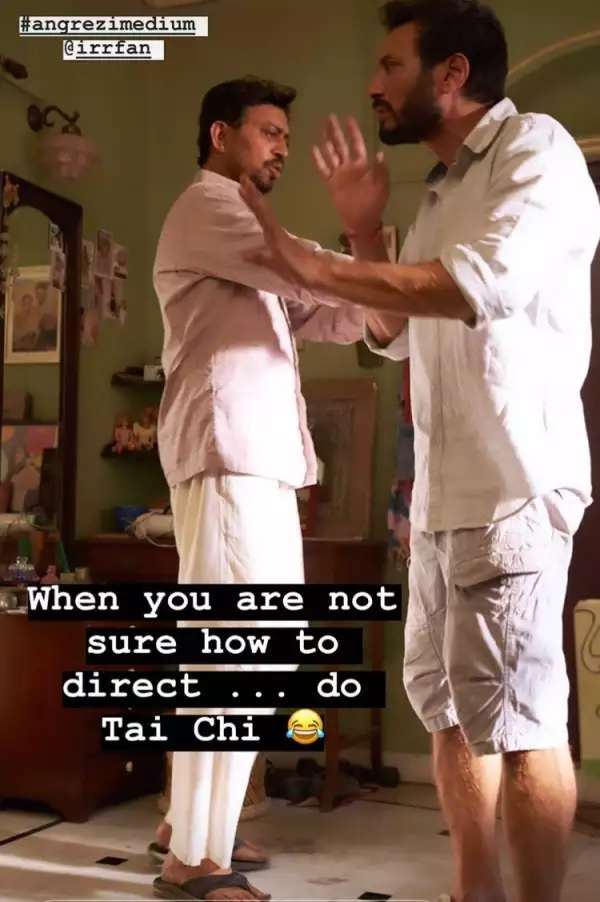 Hrithik Roshan is currently enjoying his vacation in Dubai. The actor has been posting pictures from his vacay on his social media accounts to keep his fans updated. And today, he posted pictures of him in a red t-shirt and a white towel. Well, the actor seemed to be on his way to take a dip. But he said that Ranveer Singh inspired him to try out this. The caption of the post read, “Fashion inspiration courtesy: I guess @ranveersingh.”

The trailer of Akshay Kumar and Katrina Kaif starrer ‘Sooryanshi’ was released today. While fans went crazy as soon as the trailer was dropped on the internet, some used it as content for the memes. Picking some entertaining dialogues from the ‘Sooryavanshi’ trailer, netizens started putting them to use in real-life situations and it is all things hilarious.

Check it out here:

Me to Issacc Newton after watching the trailer #Sooryavanshi https://t.co/30feilSZ0O

My Parents when I ask them about relatives. #Sooryavanshi https://t.co/ezh8slDn3N

Fresher: My salary expectations are this Recruiter: #SooryavanshiTrailer #Sooryavanshi https://t.co/iifqKihLoS

Richa Chadha and Ali Fazal’s marriage has been the talk of the town. Reportedly, the duo will be getting married in April this year. According to an online report, Richa and Ali have sent out early invites to their colleagues and friends from the UK and US so that they can plan their travel accordingly.

The early invitees include Ali Fazal’s ‘Victoria & Abdul’ co-star Judi Dench as well as Kenneth Branagh, director of Ali’s upcoming film ‘Death on the Nile’. Richa Chadha dropped a hint about inviting her ‘Love Sonia’ co-star Freida Pinto for the wedding by dropping a comment to the actress, “Freida! Come in April”.

Power couple Priyanka Chopra and Nick Jonas channelled their inner cowgirl and cowboy as they spent their Sunday, horseriding by the beach. Dressed in full riding gear with a hat, boots, jeans and a jacket, the two seemed to have had a gala time galloping down the sandy shores with their horses in Carpinteria, California.

While Nick shared some dreamy photos of themselves, Priyanka posted one of them holding hands.

Irrfan Khan’s ‘Angrezi Medium’ is all set to release on March 20. And several celebs took to their respective social media accounts to share videos promoting the film. Actresses from Alia Bhatt to Janhvi Kapoor, Ananya Panday, Anushka Sharma, Kriti Sanon, Kiara Advani and others have joined in a social media campaign titled “Sharing love for #AngreziMedium.”