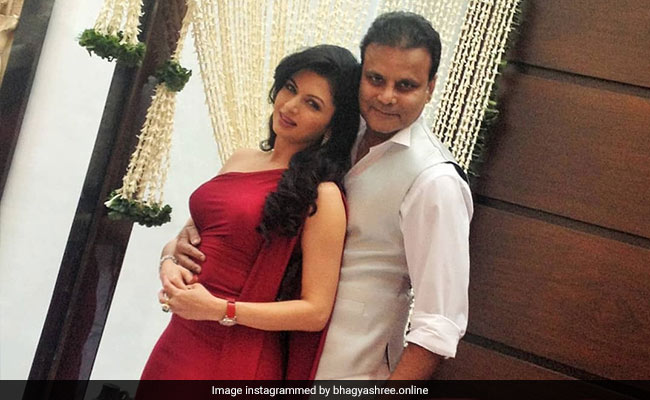 Bhagyashree, who became an overnight star after starring in Sooraj Barjatya’s 1989 film Maine Pyar Kiya, opposite Salman Khan, has been trending incessantly ever since she talked about her marriage and a brief period of separation from her husband Himalaya Dassani during a recent event in Mumbai. A video, which was shared by photographer Viral Bhayani on social media, features the actress talking about the period when she was separated from her husband for over one-and-a-half year. She stated that recalling that period still “scares her.” In the video, the 51-year-old actress says, “Himalaya ji was my first love and, yes, I got married to him. Lekin ek arsa tha beech mein jab hum juda ho gaye the (There was a period of time in between when we were separated).”

Later, in the video, Bhagyahree said that the very thought of that period “scares” her. Bhagyashree added, “I had that feeling that what if I hadn’t got him in my life and I had married someone else? It got me to that stage because there was a period of a year and a half that we weren’t together. Woh ehsaas abhi bhi yaad aata hai toh darr lagta hai (recalling that feeling still scares me).”

Bhagyashree married Himalaya Dassani in a private ceremony, in the presence of her Maine Pyar Kiya co-star Salman Khan and the film’s director Sooraj Barjatya. The couple are parents to a son named Abhimanyu Dasani and a daughter named Avantika Dasani. The former made his Bollywood debut with the 2019 film Mard Ko Dard Nahi Hota.

Bhagyashree became a household name after she featured in Maine Pyar Kiya opposite Salman Khan, but her popularity faded after starring in a few more films, none of which were as big as the Sooraj Barjatya-directed film. She has also featured in TV shows such as Kachchi Dhoop, Kaagaz Ki Kashti and Laut Aao Trisha, which was also her last small screen appearance.