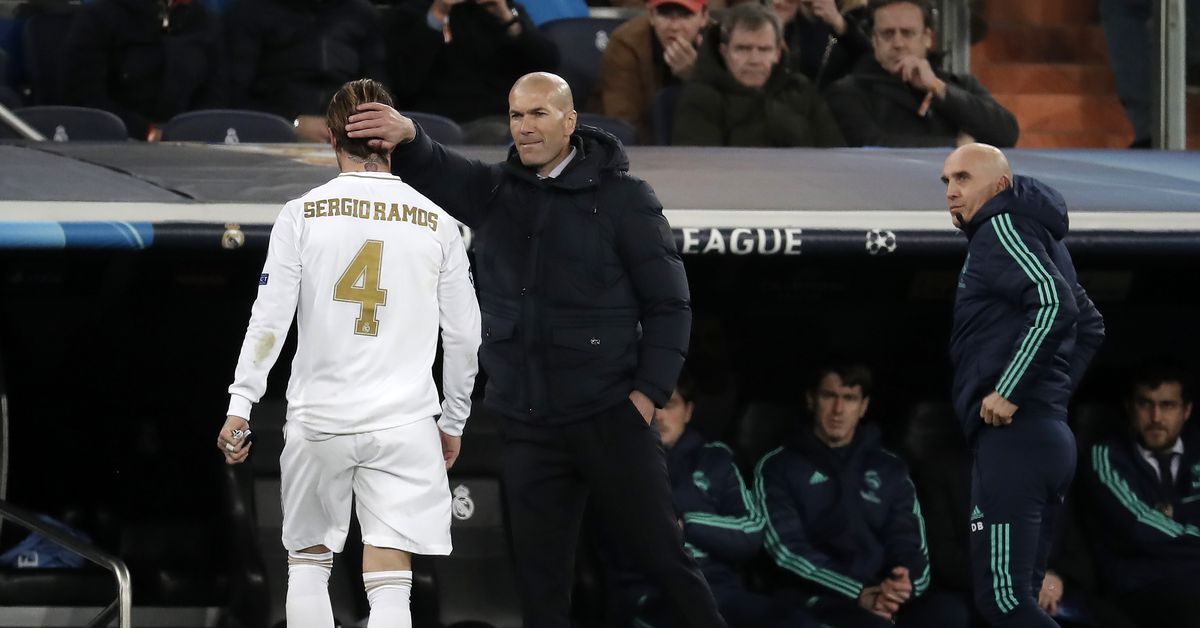 Ahead of El Clasico, Sergio Ramos did an interview with La Liga, where he talked about Zidane’s unique managerial ability, his favourite Clasico goal, the title race, and significance of winning El Clasico — with special emphasis on how much momentum it would bring the team for the rest of the season if they were…

Ahead of El Clasico, Sergio Ramos did an interview with La Liga, where he talked about Zidane’s unique managerial ability, his favourite Clasico goal, the title race, and significance of winning El Clasico — with special emphasis on how much momentum it would bring the team for the rest of the season if they were to win it.

“It’s not just any other game. Despite there just being three points at stake, as there is in every game, El Clásico is a game unlike any other. Beating Barcelona would bring us great joy. What’s more, it usually has a really positive impact on the group in terms of morale”.

”Both teams know that and it’s something that we have to deal with as best we can to turn it into an incentive that drives you on to victory. Right from the start of the week, the whole experience is different. It brings a lot of media attention, but that’s also what makes this game so great, the La Liga, the players… The feeling you get is one that comes from inside, it’s really hard to explain”.

“It’ll be very evenly contested, on account of the stage of the season we’re at and because there’s hardly any difference in terms of the points we have. It could be pivotal or not, depending on the result, but I think that there’s still a really long way to go in the La Liga season. There’s a lot of points to play for and anything can happen. It’ll be really important for us to win at home, in front of our fans, which is also an added motivation for us and will give us greater satisfaction if we win. We’re stronger with them behind us and that has to show. Let’s hope that we can make a statement and win at home”.

“To be the player with the most El Clásico appearances is a massive source of joy. I hope that I can go on and play in many more. That’d be a good sign, because it’d mean that I was here for many more years. And if I can come out on the winning side, all the better. It’s also a reward for the hard work and sacrifice over so many years. You’re not in football for the individual prizes, but it’s very gratifying to receive individual awards and to beat records that appeared out of reach. That’s a great motivator”.

“I have the very same excitement as when I contested my first Clásico. I don’t play the game as if it were my last, I play it as if it were my first, with the utmost ambition and desire to secure victory. The secret lies in hard work, dedication, not losing your ambition; that’s vital. Staying at the top is difficult, but I try to start afresh to continue to battle for more silverware, retain my excitement and the ambition to achieve new things. That’s one of the keys”.

“To captain this side is a great source of pride. After so many years, you gain in experience, with so many games, seasons and good and bad experiences. It’s a privilege and source of pride to wear the Real Madrid captain’s armband. To know that you’re a role model for thousands of children and your own teammates is a responsibility. I try and conduct myself in the best possible way so that, both my team and everyone connected to Real Madrid, are proud of their captain”.

“We were 1-0 down at the Camp Nou and I scored a header from a [Luka] Modric free-kick. We drew 1-1 and that point proved vital to us winning the title. We were crowned champions a few games later, away at Málaga. It was a really important goal, because whenever they end up securing trophies they’ve always got a special significance”.

“It’s true that La Liga is very competitive, but we’re going to be fighting for the title. We’re really excited by the prospect of winning it, and we’re therefore focused on performing to our best. LaLiga gets more difficult by the year and it’s ever more evenly matched. Today you can’t go out saying that you’re going to win at every ground, because that’s not true. Any of the teams can cause you problems. That’s also what makes the Spanish top flight special and it makes it so much more exciting. It’ll give us even great satisfaction if we win the title”.

“He’s an excellent coach, not only on account of his record and all of the trophies we’ve won under him. He spent many years here as a player and has a really good command of life in the dressing room. Not everyone is able to manage a dressing room, or at least not in such a natural way as he does. Regardless of whether they get more or less game time, he’s got all of the players motivated and that’s one of this big strengths. He knows exactly what he can get out of each of us and I see him as being the perfect coach for a team like Real Madrid. Here’s hoping that we can enjoy another era of great triumphs with him”.