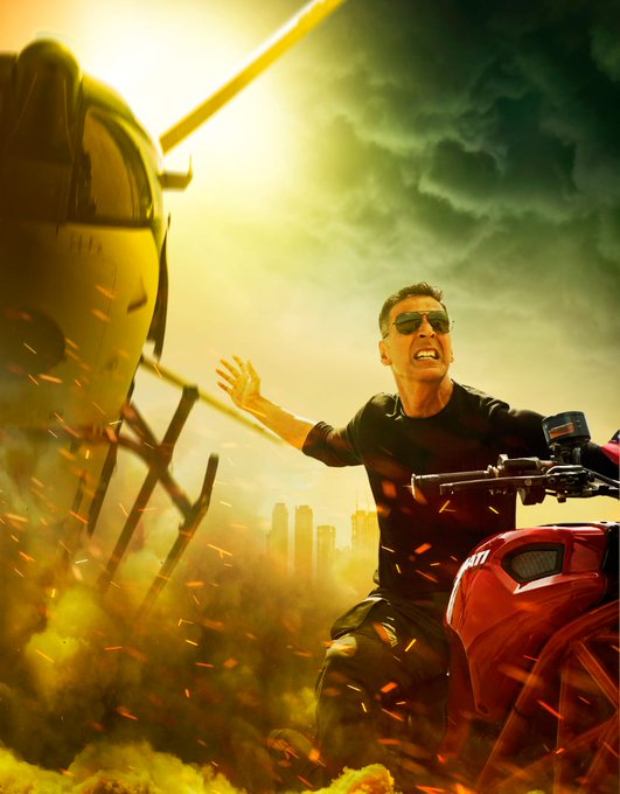 The film tackles the menace of terrorism and why it needs to be tackled with an iron fist. The promo also sends an important message that Indian Muslims are loyal to the core which sends a positive message in the vitriolic times of hate that we live in. Akshay Kumar is in stellar form. He looks super fit and is willing to go an extra notch to perform daredevil stunts. Rohit ensures that Akshay performs action like never before. Kumar shines in emotional scenes as well. Katrina Kaif can be seen in a song and a dramatic dialogue in the promo. The coming together of Akshay, Ajay, and Ranveer is super entertaining and funny too. Kumud Mishra and Jaaved Jafri can also be seen in important roles in the promo.

Sooryavanshi trailer is longer than the usual promos but it simply zips in a hurry. Rohit told me during the promotions of Bol Bachchan, that people make up their mind if they wish to watch the film or not by seeing the promo of a film.

And the news after Sooryavanshi promo is that a blockbuster hurricane is on the way.