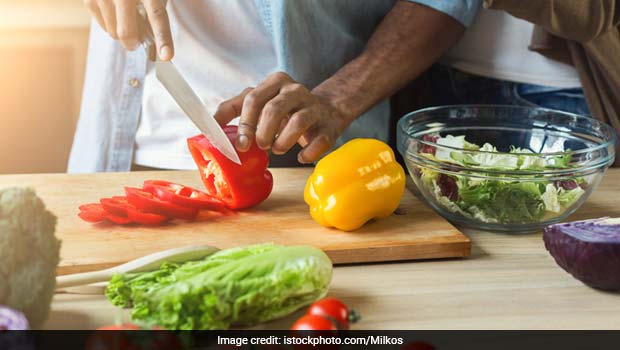 The study provided a detailed report to date of the cellular effects of a calorie-restricted diet in rats. Edited by Somdatta Saha (with inputs from ANI)  |  Updated: February 28, 2020 11:54 ISTEvery health expert has always said, eat small frequent meals. It is not only good for losing weight, but also overall health. A…

The study provided a detailed report to date of the cellular effects of a calorie-restricted diet in rats.

Every health expert has always said, eat small frequent meals. It is not only good for losing weight, but also overall health. A new study, on the same note has suggested that eating less is linked to healthier and longer life. The study, conducted by researchers from China and the United States, was published in the journal Cell. The study provided a detailed report to date of the cellular effects of a calorie-restricted diet in rats. There have been multiple studies on the benefits of restriction on calorie intake; this new research, as per a report in ANI, shows how this restriction can protect against ageing in cellular pathways.

“We already knew that calorie restriction increases life span, but now we’ve shown all the changes that occur at a single-cell level to cause that,” said a researcher, Juan Carlos Izpisua Belmonte, adding, “This gives us targets that we may eventually be able to act on with drugs to treat ageing in humans.”

Ageing brings several health-related issues alongside, which include cancer, dementia, diabetes and metabolic syndrome; and Caloric restriction in animal models has shown some effective interventions against these age-related diseases.

In this study, Belmonte and his collaborators compared rats that ate 30 per cent fewer calories with rats on normal diets. Many of the changes that occurred as rats on the normal diet grew older didn’t occur in rats on a restricted diet.

“This approach not only told us the effect of calorie restriction on these cell types but also provided the most complete and detailed study of what happens at a single-cell level during ageing,” said one of the researchers Guang-Hui Liu.

Researcher Concepcion Rodriguez Esteban further said, “People say that ‘you are what you eat,’ and we’re finding that to be true in lots of ways.”

“The state of your cells as you age clearly depends on your interactions with your environment, which includes what and how much you eat,” Esteban added.

Since it was an animal study, it is difficult to infer concrete results. More number of studies are required to study the link in detail.