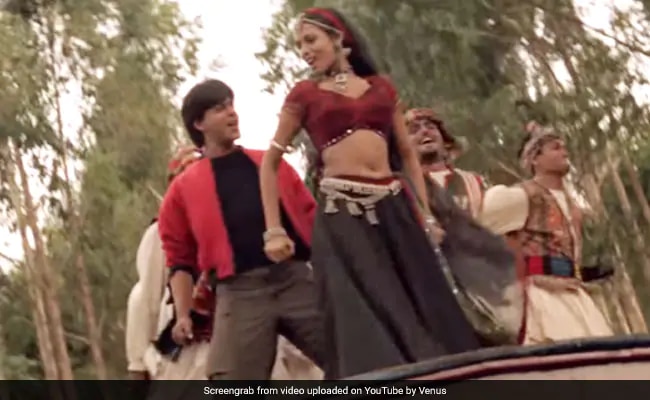 A still from Dil Se song Chaiyyan Chaiyyan. (Image courtesy: YouTube)Highlights"There are certain things you should not tamper with," said Malaika "There are a few songs that I think you should never touch," she said "I think some of the remixes are fantastic," said MalaikaNew Delhi: Malaika Arora, who featured in the popular track Chaiyya…

Malaika Arora, who featured in the popular track Chaiyya Chaiyya from the 1998 film Dil Se, starring Shah Rukh Khan, Manisha Koirala and Preity Zinta, feels that the track should “never” be recreated, reports news agency IANS. Malaika, who features as one of the judges on the dance reality show India’s Best Dancer, in an interview with IANS, said, “In today’s day and age there is a constant trend of remixes. There are a few songs that I think you should never touch. They are iconic. There must be five or 10 songs over the years that you can pull out. Chaiyya Chaiyya is one of them. Don’t tamper with it, just let the original be and that’s how it should be.”

Speaking of the song, Malaika said, “When you play that song, you can’t help but get up and dance. It is an iconic song. When I shot the song, Geeta Kapur was assisting Farah Khan at that time. I used to study under Terence Lewis, Geeta assisted me on that dance. It was nice. We felt that let’s just go for it. The 46-year-old added, “I think some of the remixes are fantastic and go with today’s age and kids but yeah, there are certain things you should not tamper with like The Godfather or Mother India are iconic films. You should just let them be.”

Other than Chaiyya Chaiyya, Malaika has featured in many popular dance numbers like Munni Badnaam Hui, Hello Hello, Anarkali Disco Chali among many other. She is currently seen as one of the judges on the TV reality show MTV Supermodel Of The Year.

(With inputs from IANS)