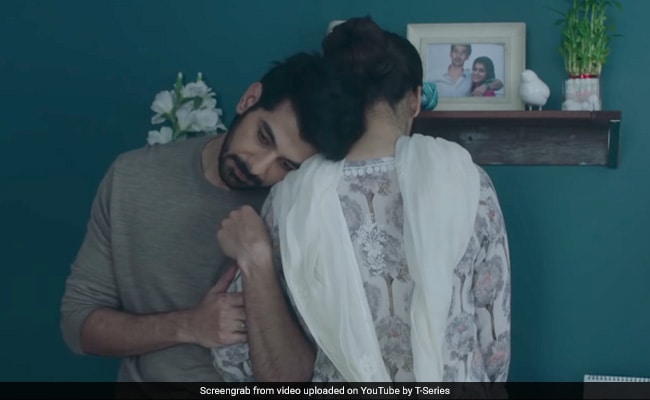 Pavail Gulati in a still from Thappad. (courtesy: YouTube)HighlightsPavail Gulati opened up about the slap scene in Thappad He said, "I was very nervous before the scene" "Taapsee came up to me and said, 'Ghumake laga de!'" Pavail addedNew Delhi: Pavail Gulati, who stars opposite Taapsee Pannu in the upcoming film Thappad, opened up about…

Pavail Gulati in a still from Thappad. (courtesy: YouTube)

Pavail Gulati, who stars opposite Taapsee Pannu in the upcoming film Thappad, opened up about the scene in which he slaps the actress. In an interview with ETimes, Pavail disclosed that while shooting the scene “everyone tried to calm” him down. He said, “Everyone was trying to calm me down but I was still nervous about it.” Pavail Gulati was also quoted as saying, “I was very nervous before the scene as slapping someone isn’t the nicest thing in the world. There were too many people on the set as it was supposed to be a party scene.”

The story of Thappad is about domestic violence. Pavail Gulati features as Taapsee Pannu’s husband in the film. The actress experiences a humiliating incident involving her husband. Pavail slaps Taapsee at a house party after an argument with office colleagues in a fit of rage. Their relationship is strained when Taapsee files a case in the court.

In the same interview, Pavail Gulati also said that it took him “six takes” to get “the correct angle and have the correct impact.” He got the “seventh one right” after Taapsee Pannu came up to him and said something. Pavail Gulati added, “While you are already under the pressure of pulling off that scene, then are some technical aspects involved where the slap has to be from the correct angle and have the correct impact. All this took me six takes. And then Taapsee came up to me and said, ‘Just don’t think about anything. Ghumake laga de‘! Finally, we got the seventh one right.”