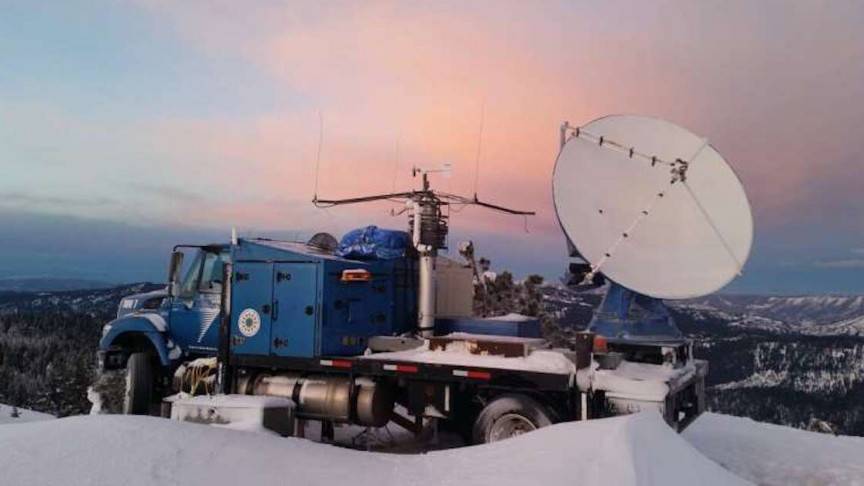 Trying to create precipitation through cloud seeding has been on-going for years. February 25, 2020 In a first, researchers have created snowfall using radars and tools in order to measure the volume of snow produced through cloud seeding.  The gentle snowfall was created by a team from the University of Colorado Boulder thanks to a…

Trying to create precipitation through cloud seeding has been on-going for years.

In a first, researchers have created snowfall using radars and tools in order to measure the volume of snow produced through cloud seeding.

The gentle snowfall was created by a team from the University of Colorado Boulder thanks to a technique that mixes tiny particles into the atmosphere, which generates more precipitation than usual.

Their study was published in PNAS.

What is cloud seeding?

In states such as Idaho and Colorado, where this research was carried out by atmospheric scientist Katja Friedrich and her team since 2017, there is a growing demand for water. Being able to generate more precipitation, and accurately measure it, has become somewhat of a focus for scientists looking to minimize this issue.

This is where Friedrich and her team enter the scene. In January this year, the team monitored three attempts at cloud seeding. “We tracked the seeding plume from the time we put it into the cloud until it generated snow that actually fell onto the ground,” stated Friedrich.

What they discovered was that thanks to their cloud seeding, a total of 282 Olympic-sized swimming pools‘ worth of water was generated.

What’s been really tricky to monitor until now is exactly how much additional snowfall is created thanks to cloud seeding. Previous estimates ranged from zero to 50% more snowfall, according to Friedrich.

How did the team measure the snowfall?

In order to accurately calculate its induced precipitation, the team used a radar dish to look inside the clouds as the water thickened, and eventually started to fall as gravity took over.

As per what they saw, the researchers calculated that the snow was falling for 67 minutes, peppering around 900 square miles of land with one-tenth of a millimeter of snow.

It’s not much, but it’s water that would have stayed up in the air had it not been for cloud seeding. “If we hadn’t seeded these clouds, they would not have produced any precipitation,” said Friedrich.

However, Friedrich cautions that it’s hard to tell how useful this method will be in producing more water for the states moving forward, as winter storms are hard to predict and interact with aerosols differently.