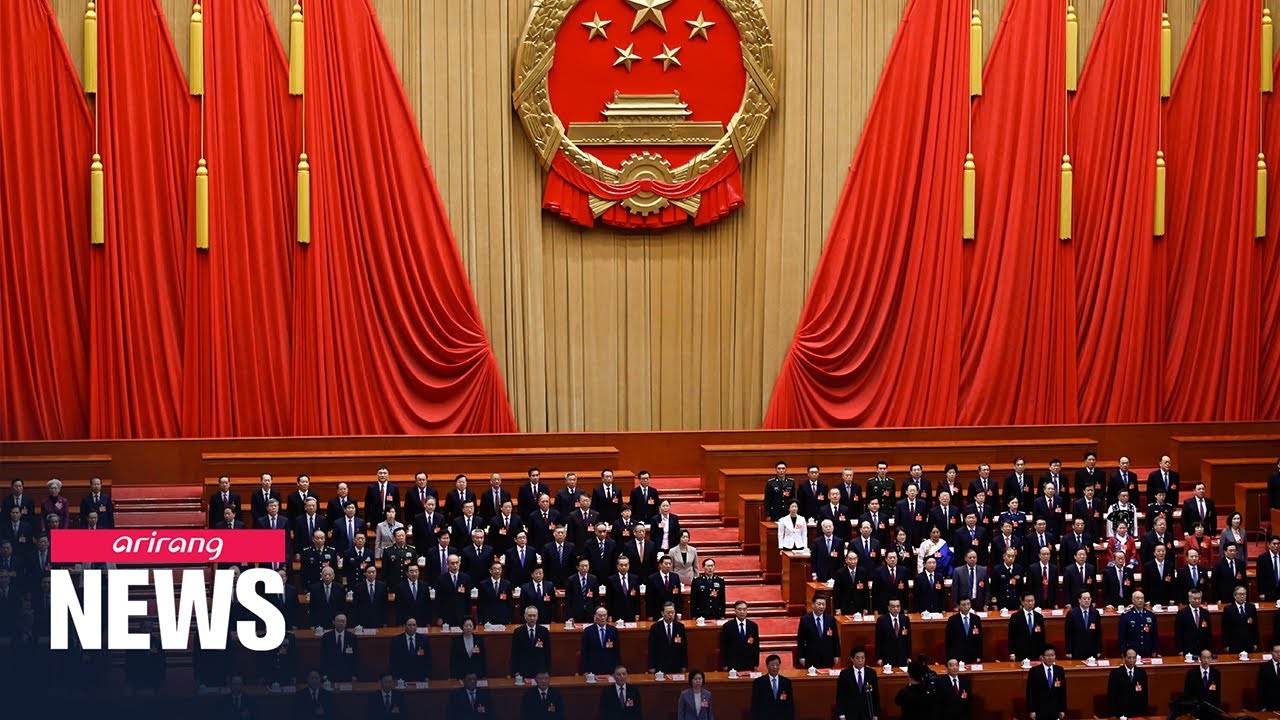 Published on Feb 24, 2020중국, 최대 정치행사 '양회' 연기…개혁개방 후 첫 연기One of China's most important annual political gatherings,... dubbed the 'Two Sessions' has been postponed for the first time in decades,... as the country struggles to contain the COVID-19 outbreak.Lee Seung-jae reports.China's top legislature approved a draft decision on Monday to delay its one…

One of China’s most important annual political gatherings,… dubbed the ‘Two Sessions’ has been postponed for the first time in decades,… as the country struggles to contain the COVID-19 outbreak.
Lee Seung-jae reports.
China’s top legislature approved a draft decision on Monday to delay its one of its most important political gatherings slated for March,… as the country tries to stem the COVID-19 outbreak.
The third annual session of the 13th National People’s Congress was originally planned to kick off on March 5th in Beijing,… but will now be postponed for the first time since China’s Cultural Revolution decades ago.
The announcement comes as Chinese officials also postponed the Chinese People’s Political Consultative Conference.
That was slated for March 3rd.
Combined, the two events are known as the ‘Two Sessions’,… and are considered one the grandest events on China’s political calendar.
China’s legislature uses the gatherings to review the government’s work over the past year,… and to share its economic and social targets for the coming year.
Local analysts say the postponement is a first in the history of the Chinese Communist Party as it hasn’t happened since the country’s reform.
Others say the decision to delay the sessions indicates that Beijing’s top priority right now is tackling the COVID-19 outbreak.
It’s not yet known when the ‘Two Sessions’ will be rescheduled,… as watchers say it’ll depend on how epidemic prevention and related control work evolves.
Lee Seung-jae, Arirang News.