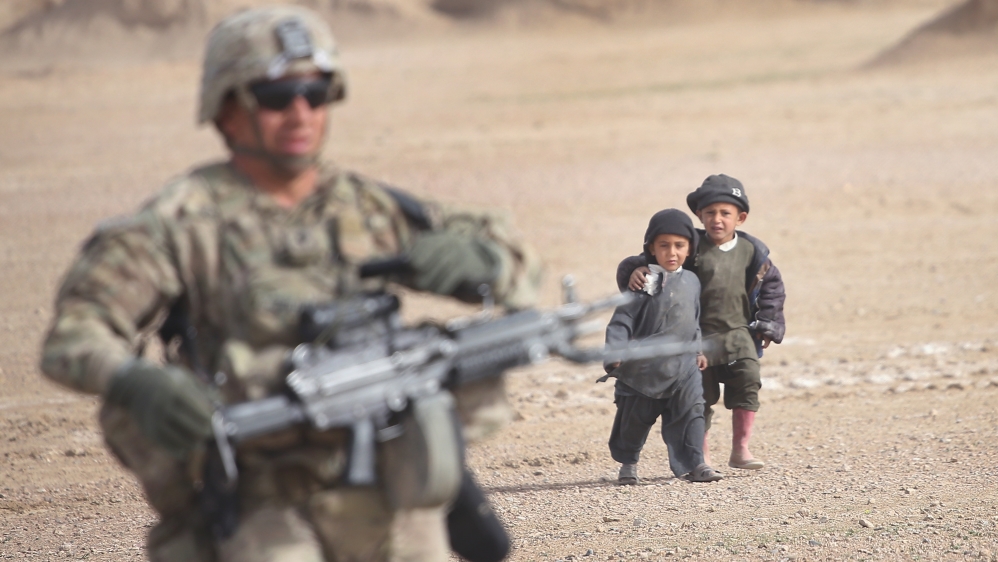 In the space of just a few months in 2017, Jannat Bibi lost her son and two grandsons - all serving in Afghanistan's police force - in gun battles with fighters in the country's south. Since then, she has been struggling to support her 17 great-grandchildren, as well as the three wives of her son…

In the space of just a few months in 2017, Jannat Bibi lost her son and two grandsons – all serving in Afghanistan’s police force – in gun battles with fighters in the country’s south.

Since then, she has been struggling to support her 17 great-grandchildren, as well as the three wives of her son and grandsons. Now aged 80, Bibi relies on donations – but they barely cover the cost of living.

Reflecting upon the effect of Afghanistan’s long-running conflict and the death of her family members, Bibi said a weeklong “reduction in violence” (RIV) period, which was agreed by the Taliban, Afghan and US forces and came into effect on Saturday, is a step forward in securing lasting peace.

“My neighbours told me about the truce and I felt really happy because I don’t want [anyone to suffer the losses] I did,” said Bibi, who lives in Shemal village, in the Darai Nur district of Nangarhar province.

“It is something I dreamt of all my life. If this truce lasts, I will know that my [great] grandchildren will get to live in a peaceful country free of war and conflict.”

If maintained, the RIV agreement could culminate in a peace deal between the Taliban and the United States, which is expected to outline the withdrawal of US troops and a guarantee that Afghan soil will not be used as a launchpad to conduct attacks outside the country.

The agreement was struck during negotiations between US and Taliban representatives, which started in 2018 as part of a push by US President Donald Trump’s administration to sign a deal with the armed group that has been fighting the US-led NATO forces in Afghanistan since it was toppled in 2001.

The US and the Taliban were on the verge of signing a peace agreement in September when Trump abruptly cancelled the talks after an attack by the group.

Some celebrate, others remain cautious

Now, the reduction in violence offers hope to civilians who have constantly borne the brunt of the almost 19-year-old war – according to the United Nations Assistance Mission in Afghanistan, more than 10,000 people were killed or wounded in 2019 alone.

In Jalalabad, the capital of Nangarhar province where both the ISIL (ISIS) group and the Taliban are active, the commencement of the RIV period was met with celebration.

“There were huge celebrations in Jalalabad city – people came out on roads dancing, waving Afghan flags and cars were decorated with flowers as they drove around the city blasting music,” Siraj Pathan, a resident of Surkh Rod district, told Al Jazeera.

“In the past several years, most Afghans have lost their loved ones in this war. If you look around in our village, most of the children are orphans. This is how badly the war has affected us.

In the capital, Kabul, which has long been hit by deadly attacks, many welcomed the announcement of the RIV period with cautiousness.

“It all seems too good to be true,” Hamayun, a resident of Kabul, told Al Jazeera. “I am still doubtful and don’t fully trust all three parties that they would maintain the RIV agreement,” he said.

“However, if peace persists, it will result in huge positive changes and developments: the conflict will end; social ties between people will grow; urban and rural connection will be established.”

“Good things will happen [for] Afghans if peace persists; we will no longer have to fear for our lives,” Bashari told Al Jazeera.

“We are not sure of what will come next, but what option do we have other than just to take a leap of faith and trust?”

Meanwhile, hashtags such as “Imagine peace” and “if peace comes” trended on Saturday as many Afghans took to social media to express their hopes for peace and describe the possibilities that would come with it.

“#IfPeaceComes to Afghanistan, my dream is to see love & affection more frequently across the country,” one Twitter user said.

Another wrote: “Imagine, today is the beginnings of true peace and I can take a road trip around Afghanistan. Imagine, I can drive to my village in Paktia, I can hike in the mountains of Badakhshan, I can camp on the bank of Helmand River, I can see the majestic beauty of Nuristan. #ImaginePeace“.