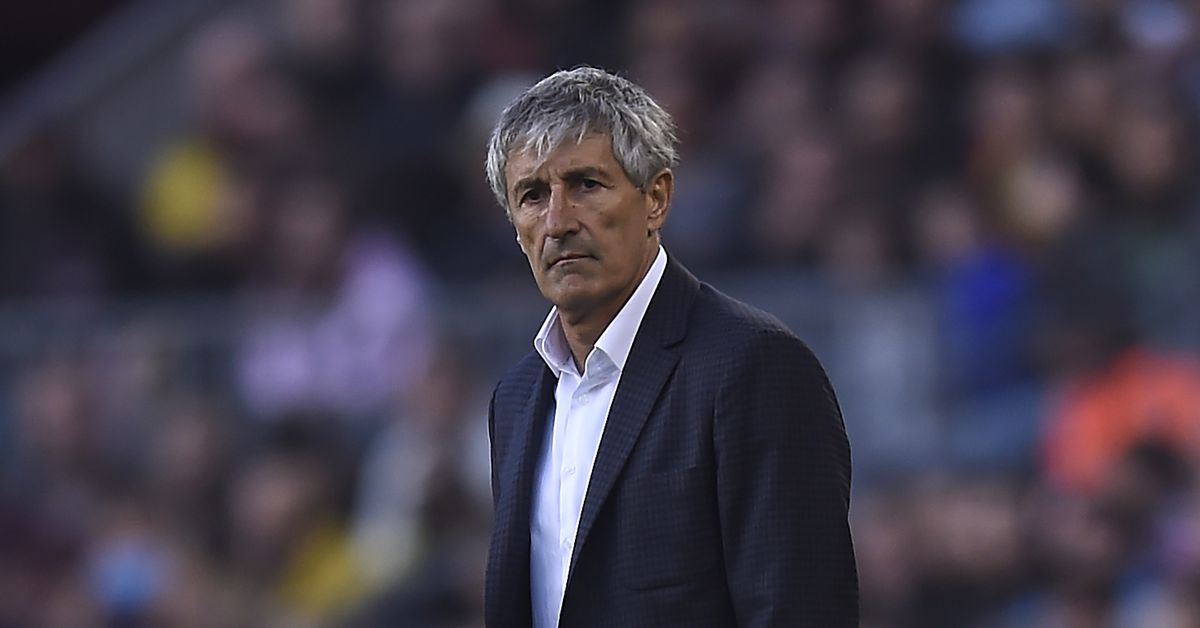 Quique Setien faced the press on Friday ahead of Barcelona’s La Liga clash against Eibar at the Camp Nou. The Barcelona boss was asked about new signing Martin Braithwaite, the recent social media allegations as well as several of his players. Here are the best bits: Setien on Bartomeu Of course, the players take everything…

Quique Setien faced the press on Friday ahead of Barcelona’s La Liga clash against Eibar at the Camp Nou.

The Barcelona boss was asked about new signing Martin Braithwaite, the recent social media allegations as well as several of his players.

Here are the best bits:

Of course, the players take everything the president has said in good faith. The captains haven’t discussed it anymore; this is a closed issue for us. It doesn’t help us, but this is football; the right answers have already been given.

I’m sure we’ll see him as a starter in some games, but for now it’s probably a bit premature. He comes to us in ideal form, but there are a lot of concepts to our play that we have to explain to him and that he has to understand. We’re sure that he will help us a lot, he arrives with excitement and desire and we hope he can help us a lot.

Setien on Lenglet and Umtiti

Any of the two centre-backs can come in but unfortunately we have no other options. What we can’t have is both players out injured or suspended. I have a lot of confidence in both Lenglet and Umtiti. I think both can do things very well, but at any point they can get a yellow card and will have to sit out a game.

I don’t like to refer to specific players because there are many guys who are competing to be with us. It’s not easy because they are very high level players. Riqui is doing very well. There are other B team players with great potential and they may be in the squad at any given time.

I have seen every year in the last 20 years that we have won many Champions Leagues and we have the same options as other teams. It is true that there is no margin of error and we must improve things and do them well. We are not happy with everything but I think we are growing little by little and reaching levels that will allow us to compete with everyone.