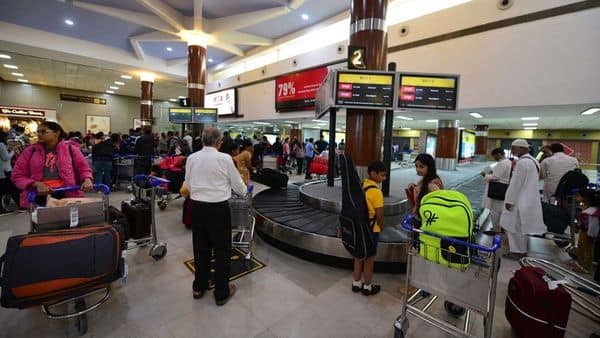 Global players are beginning to recognize India as a potential aviation hub, analysts and industry executives said on Friday, after Groupe ADP of France announced plans to buy a 49% stake in GMR Airports Ltd (GAL). Groupe ADP became the second leading international airport operator to enter India in a span of less than three…

Global players are beginning to recognize India as a potential aviation hub, analysts and industry executives said on Friday, after Groupe ADP of France announced plans to buy a 49% stake in GMR Airports Ltd (GAL).

Groupe ADP became the second leading international airport operator to enter India in a span of less than three months. Zurich Airport International AG had won the bid to build an international airport at Jewar on the outskirts of Delhi.
On Thursday, Groupe ADP said it plans to pick up 49% in GAL for an equity consideration of ₹10,780 crore, which currently operates the country’s busiest international airport in New Delhi, as well as the one in Hyderabad.
“Groupe ADP’s investment in GMR airports is extremely strategic because of the sheer volume of passengers at airports in Delhi and Hyderabad,” said Jagannarayan Padmanabhan, practice leader and director, transport and logistic, CRISIL Ltd.
“They would have otherwise taken a lot of time to build this kind of asset organically. And these assets will only grow in the medium to long term,” Padmanabhan said, adding that the deal will give more elbow room to GMR Airports to develop its infrastructure.
GMR Group’s chairman G.M. Rao said the partnership will help the company emerge as a global player. Groupe ADP developed and manages several airports, including three in Paris—Charles de Gaulle, Orly and Le Bourget.
According to the International Air Transport Association (IATA), India is set to become the third largest aviation market by 2025, after the US and China.
Last November, Switzerland’s Zurich Airport International AG, emerged as the highest bidder for the proposed international airport at Jewar in Uttar Pradesh. It beat off competition from a GMR Group-led consortium, comprising Delhi International Airport Ltd, besides Adani Enterprises Ltd and Anchorage Infrastructure Investments Holdings Ltd, according to a NIAL official.
Fairfax India Holdings Corp., part of Canadian billionaire Prem Watsa’s Fairfax Group, became the majority owner and controller of the Bengaluru International Airport Ltd in 2017 after GVK Power and Infrastructure exited the project.
Ratings agency ICRA expects India’s domestic air passengers traffic to grow at 4.5% in the current fiscal year, amid an economic slowdown and slow fleet capacity addition following the grounding of Boeing 737 Max aircraft and issues surrounding Pratt and Whitney engine replacement for Airbus A320neo aircraft.
However, the previous six years saw double-digit increase in domestic air passenger traffic. Over the medium term, that is expected to increase by 13-15% as the economy picks up. The proportion of people travelling by air is still relatively low in India.
The investment by global majors like ADP comes at an opportune moment for Indian operators like GMR as they look to steer past the relatively slow phase in the economy.
The government said on Friday that CCI has been notified of the acquisition of a 49% stake in GMR Airports Ltd, and 100% in GMR Infra Services Ltd by Aéroports de Paris SA under the green channel—a fast-track approval system for mergers and acquisitions.
Under this process, transactions, where parties are not business rivals, or are part of the same value chain or have operations that are complementary in nature, are deemed to have been approved upon filing the notice. However, if the regulator finds that the parties have jumped the gun, the deemed approval may be cancelled. The scheme is meant to reduce time and cost of transactions.
Groupe ADP, which can pay for first step using existing cash, will buy 24.99% of GMR in the coming days, and will acquire an additional 24.01% stake later, following approval from regulators, according to a Bloomberg report.