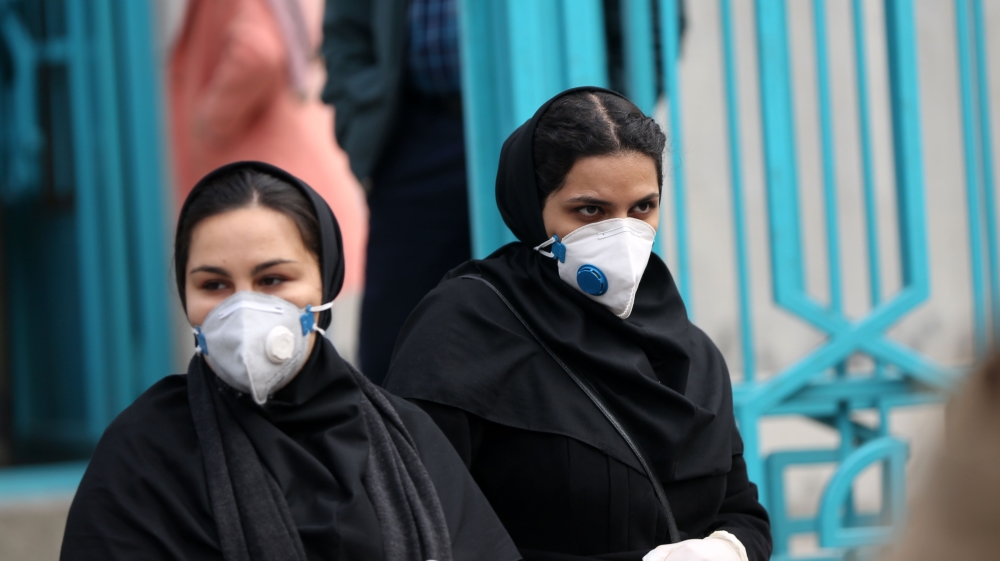 The World Health Organization (WHO) has warned the window of opportunity to stem the deadly coronavirus epidemic was "narrowing" amid concern about a surge in cases with no clear link to China, including in a range of countries in the Middle East.  Lebanon and Israel confirmed their first cases on Friday, while Iran's health ministry reported…

The World Health Organization (WHO) has warned the window of opportunity to stem the deadly coronavirus epidemic was “narrowing” amid concern about a surge in cases with no clear link to China, including in a range of countries in the Middle East.

Lebanon and Israel confirmed their first cases on Friday, while Iran’s health ministry reported two more deaths among 13 new cases of the infection, known as COVID-19. That brings the toll in Iran to four and the number of infections to 18.

Italy, meanwhile, reported its first death from the coronavirus as authorities moved to close schools, bars and other public spaces in 10 northern towns.

In mainland China, the death toll stood at 2,345 while the number of infections reached 76,288.

Mainland China had 397 new confirmed cases of coronavirus infections as of the end of February 21, the country’s National Health Commission said on Saturday, down from 889 cases a day earlier.

That brings the total accumulated number of confirmed cases in mainland China so far to 76,288.

The death toll from the outbreak in mainland China had reached 2,345 as of the end of February 21.

The central province of Hubei, the epicentre of the outbreak, reported 109 new deaths, while in the provincial capital of Wuhan, 90 people died.

Wuhan woman with no symptoms infects five relatives with coronavirus

A 20-year-old Chinese woman from Wuhan, the epicenter of the coronavirus outbreak, traveled 675 km (400 miles) north to Anyang where she infected five relatives, without ever showing signs of infection, Chinese scientists reported, offering new evidence that the virus can be spread asymptomatically.

According to the report by Dr. Meiyun Wang of the People’s Hospital of Zhengzhou University and colleagues, doctors isolated the woman and tested her for the virus after her relatives started getting sick.

Initially, the young woman tested negative for the virus, but a follow-up test was positive.

All five of her relatives developed COVID-19 pneumonia, but as of February 11, the young woman still had not developed any symptoms, her chest CT remained normal and she had no fever, stomach or respiratory symptoms, such as cough or sore throat.

The case study was published in the Journal of the American Medical Association.

British passengers from virus-hit cruise ship due to arrive home

Some 35 British passengers were due to arrive back home on Saturday after spending more than two weeks stuck on a quarantined cruise ship in a Japanese port due to the coronavirus outbreak.

They were landing at a defence ministry airfield in southwestern England on a government-chartered plane from Tokyo and being taken straight to quarantine facilities.

The Diamond Princess liner was carrying 3,700 people, including 78 Britons, when it was quarantined in Yokohama on February 5. More than 620 passengers on board have been infected with the coronavirus, the most outside mainland China.

A patient in the northern city of Padua has died after being infected with the coronavirus, becoming the first Italian victim of the disease, Ansa news agency reported. A police car is seen in the village of Codogno after officials told residents to stay home and suspend public activities as 14 cases of coronavirus are confirmed in northern Italy in the province of Lodi, Italy, February 21, 2020 [Reuters]

Kuwait stops all flights to and from Iran

Kuwait’s civil aviation authority has decided to stop all flights to and from Iran amid fears from coronavirus outbreak, the state news agency said, citing an official statement.

Kuwaiti nationals arriving from Iran will be subjected to quarantine, it said, adding that residents or those with entry permission who were in Iran during the past two weeks will be barred.

Moreover, any foreign travellers coming from Iran will also be denied entry.

Ukrainian President Volodymyr Zelenskyy had harsh words for an angry mob who smashed windows on buses carrying dozens of Ukrainians evacuated from China over the novel coronavirus outbreak.

“We keep saying that Ukraine is Europe. But yesterday it seemed like we were Europe in the Middle Ages,” Zelenskyy said in Kyiv.

Fearing the passengers would bring the first deadly case of the novel coronavirus to Ukraine, hundreds of people – some armed with metal rods and rocks – turned out to protest their return on Thursday.

Authorities in northern Italy ordered the closure of schools, bars and other public spaces in 10 towns following a flurry of new coronavirus cases.

Five doctors and nine other people tested positive for the virus in Lombardy, after apparently frequenting the same bar and group of friends, with two other cases in Veneto, authorities said at a news conference.

Over 50,000 people have been asked to stay at home in the areas concerned, while all public activities such as carnival celebrations, church masses and sporting events have been banned for up to a week.

Read the rest of the updates from Friday, February 21 here.