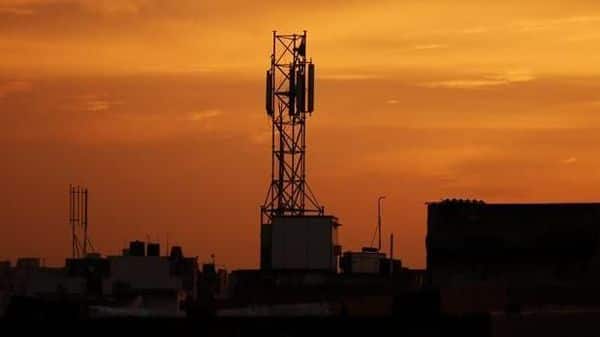 According to government calculations, Vodafone Idea needs to pay ₹50,000 crore as AGR dues, but the company believes its dues are half that amount. (Pradeep Gaur/Mint) 3 min read . Updated: 21 Feb 2020, 12:24 AM IST Navadha Pandey The exercise, if successful, may help telcos and govt reach middle groundVodafone Idea owes ₹50,000 cr,…

According to government calculations, Vodafone Idea needs to pay ₹50,000 crore as AGR dues, but the company believes its dues are half that amount. (Pradeep Gaur/Mint)

The exercise, if successful, may help telcos and govt reach middle groundVodafone Idea owes ₹50,000 cr, of which it has paid ₹2,500 cr on Monday and another ₹1,000 cr on Thursday

NEW DELHI :
The government is exploring the possibility of roping in third-party audit firms to reconcile dues payable by telecom operators after differences emerged in individual calculations made by the government and telcos, said a person aware of the development.

The exercise, if successful, could result in the two parties reaching a middle ground on payment of adjusted gross revenue (AGR) dues. A 24 October verdict of the Supreme Court upheld the department of telecommunications’ (DoT) definition of AGR and directed companies to pay licence fee and spectrum usage charge dues.
The verdict has dealt a body blow to the sector, with the companies scrambling to raise funds to pay their dues and debt-laden Vodafone Idea on the brink of collapse.
“The dues calculated by telecom companies are lower than government estimates. This is likely to lead to more disputes. The government is exploring whether it can get audit firms to settle this,” said the person cited earlier on condition of anonymity.
Graphic by Sarvesh Kumar Sharma/Mint According to government calculations, Vodafone Idea needs to pay ₹50,000 crore as AGR dues, but the company believes its dues are half that amount.
“On self-assessment basis, we have found that the dues are ₹7,000 crore on principal and there is penalty and interest and interest on penalty, which will take this up to ₹23,000- ₹25,000 crore,” Vodafone Idea’s counsel, senior advocate Mukul Rohatgi, told news channel NDTV on 18 February.
For Bharti Airtel, the AGR bill is likely to rise due to a spectrum deal with Videocon Communications nearly four years ago. In March 2016, Airtel bought spectrum from Videocon in six circles for which it is required to pay past dues.
According to government calculations, Videocon has dues of ₹1,298 crore as of July 2017. “Airtel’s calculations suggest the dues from this would be almost ₹900 crore,” said a second person, requesting anonymity.
Emailed queries sent to DoT, Vodafone Idea and Airtel were unanswered till press time.
“As per industry, with 75% of AGR dues in interest and penalties, further litigation is still likely, including for staggering of payments,” brokerage firm CLSA said in a note dated 17 February.
Telecom operators are rushing to pay dues calculated for the past 14 years, along with interest and fines, after the Supreme Court on 14 February pulled up telcos and government officials for failing to comply with its October 2019 verdict. The companies had argued that AGR should include only revenue from core telecom operations.
Vodafone Idea is the worst hit by the verdict. Its last-ditch efforts to earn a reprieve from the apex court on Monday failed after which it paid ₹2,500 crore the same day.
On Tuesday, Vodafone Idea chairman Kumar Mangalam Birla met telecom secretary Anshu Prakash followed by a meeting on Wednesday with finance minister Nirmala Sitharaman over concerns that DoT could resort to invoking bank guarantees of the telecom operator.
Vodafone Idea paid an additional ₹1,000 crore on Thursday.
Also on Monday, Bharti Airtel paid ₹10,000 crore out of its estimated liability of more than ₹35,000 crore. It plans to pay the remainder before 17 March after doing a self-assessment of the dues.
While Reliance Jio Infocomm Ltd is the only profitable large telco in India, Bharti Airtel and Vodafone Idea together serve 61% of telecom users in the country. Jio is the only firm that has paid its dues, which totalled ₹195 crore.