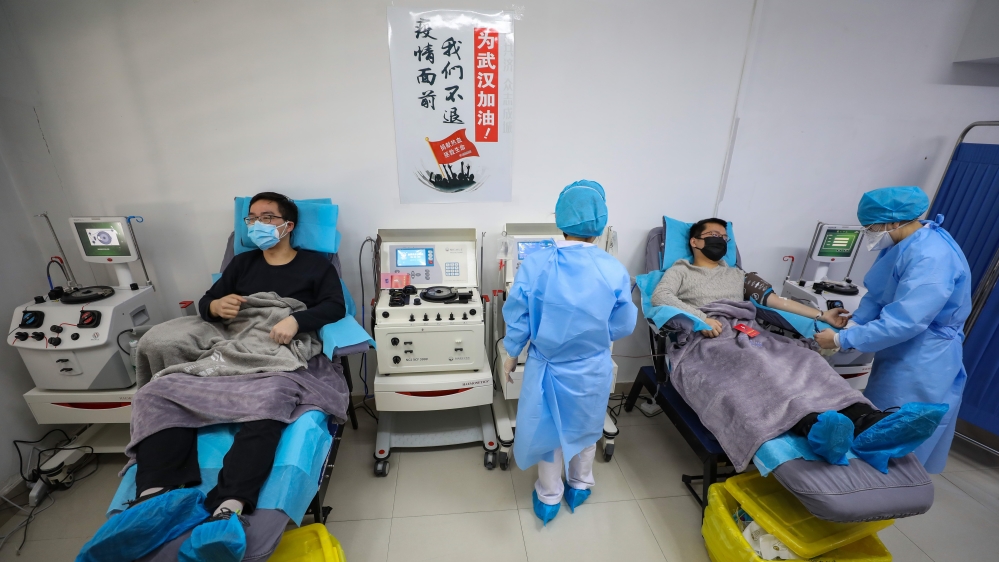 Mainland China had 118 new deaths from the coronavirus outbreak by the end of Thursday, the national health commission reported on Friday, pushing the number of deaths nationwide to at least 2,236. Beijing also reported 889 new confirmed cases of the disease during the same period, up from 349 cases the previous day, reversing three days of decline. At least…

Mainland China had 118 new deaths from the coronavirus outbreak by the end of Thursday, the national health commission reported on Friday, pushing the number of deaths nationwide to at least 2,236.

Beijing also reported 889 new confirmed cases of the disease during the same period, up from 349 cases the previous day, reversing three days of decline.

At least 411 of the new cases were from Hubei, the epicentre of the epidemic. Most of the deaths were also from the province.

The latest number of infections nationwide has now reached 75,465.

Earlier, WHO’s Director-General, Dr Tedros Adhanom Ghebreyesus told a briefing in Geneva that the recent decline in the number of new cases is encouraging, but added that it was too early to know if this trend would continue.

“We are encouraged by this trend but this is no time for complacency,” he said.

The news comes as the country reports 52 new cases of infections, raising its total to 156, after declaring the southern city of Daegu a special zone following an explosion of infections.

On Thursday, Daegu reported 23 new cases which were traced to a church that a 61-year-old coronavirus patient had attended.

South Korea currently has at least 82 cases of the infection.

Two evacuees from the Diamond Princess cruise ship docked in Yokohama, Japan have tested positive for coronavirus in Australia, according to authorities on Friday.

Australia on Thursday evacuated 170 citizens from the cruise ship owned by Carnival Corp, who had been confined to their cabins since February 3, when the vessel was quarantined at Yokohama, south of the capital, Tokyo.

After arriving in Australia’s tropical north all passengers were screened and those complaining of being unwell were tested for coronavirus. They will spend the next 14 days there in quarantine.

Virus may end ‘by end of March’: Chinese diplomat

China’s Consulate General in Karachi, Pakistan said experts in China believe the “peak of the epidemic (had) already arrived” and it could be over by the end of March.

“I have seen that according to the experts in China, they are saying the peak of the epidemic has already arrived and it will come down no matter from the epicentre and across the whole of China,” Li Bijian said.

“This will [be] coming down this week and next week and the epidemic maybe go over by the end of March,” he added.

Dozens of people clashed with police outside a hospital in central Ukraine over government plans to quarantine evacuees from coronavirus-hit China in the facility.

Six buses with the evacuees arrived at the medical centre, accompanied by law enforcement officers, a video published by Ukrainian media showed.

The policemen had to disperse the protesters to unblock a road that leads to the hospital and to create a cordon for the vehicles.

WHO says ‘no time for complacency’ as China coronavirus cases fall

A continued decline in the number of new cases of coronavirus infections in China is encouraging, the World Health Organization said but it is too early to know if this trend will continue.

“We are encouraged by this trend but this is no time for complacency,” the WHO’s Ghebreyesus told a briefing in Geneva.

He noted that the number of coronavirus cases in the rest of world was very low compared inside China, but added: “That may not stay the same for very long”.

A Chinese diplomat backed Pakistan’s decision not to evacuate Pakistani students from the province at the centre of China’s coronavirus outbreak, a day after parents confronted government ministers demanding their children be brought home.

Pakistan has ruled out bringing back more than 1,000 students in Hubei province and its capital Wuhan, where three-quarters of the more than 2,000 deaths from the outbreak have been recorded.

“If such large number of students come back, this will cost huge health operations for the Pakistani government. If the isolation facilities are not ready, this can cause another outbreak of this virus in Pakistan,” Li Bijian, Consul General of China in Karachi, told reporters.

China touted a big drop in new cases of the coronavirus as a sign it has contained the epidemic, but fears grew abroad after two former passengers of a quarantined cruise ship died in Japan and a cluster of infections increased in South Korea.

Chinese officials said this week their drastic containment efforts including quarantining tens of millions of people in Hubei and restricting movements in cities nationwide have started to pay off.

“Results show that our control efforts are working,” Foreign Minister Wang Yi said at a special meeting on the virus with Southeast Asian counterparts in Laos.