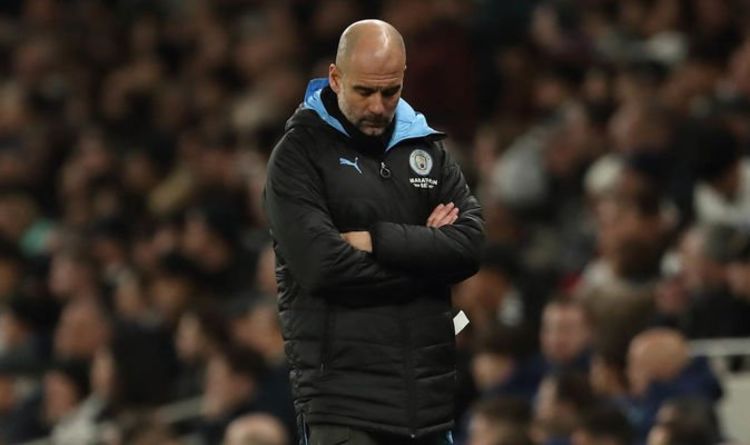 Manchester City should be relegated from the Premier League if their ban from the Champions League is upheld by UEFA according to former Crystal Palace chairman Simon Jordan. Jordan gave an explosive rant and demanded their European ban be upheld.

Jordan criticised the way City have reacted to the ban and claimed club officials need to stop feeling sorry for themselves.

“I hope the CAS [Court of Arbitration for Sport] holds up a verdict that will cement enforceability of rules in an industry where they are much needed,” Jordan told The Sun.

“Then all that’s left is for the Premier League to have the balls to sanction them too.

“Not retrospectively, as some are suggesting, but going forward by either points, or like Saracens — rugby’s equivalent of City — relegation.

“What’s not to be admired is the victim complex being perpetuated by their indignant chiefs and outraged fans, who believe that Uefa have got it in for their club.”

City were banned from European competition for the next two seasons and fined £25million after being accused of ‘serious breaches’ to UEFA’s Financial Fair Play regulation.

The Premier League champions have rejected the charges with chief executive Ferran Soriano maintaining the club are innocent.

However, Jordan hit out at City’s claims and reasserted that the ban must be upheld.

“They’re not a ‘Super Club’. They are a manufactured club,” he continued

“Not built out of great history or iconic image but one bought by Middle Eastern money seeking soft influence via sport.

“This wealth doesn’t entitle them to sign up to rules of an organisation and then pick and choose which ones they want to adhere to.

“The simple facts are City are unlikely to be innocent victims singled out by Uefa, who, despite not being a perfect entity, are the governing body for  European competition and to whose rules all clubs have signed up.

“It’s rich that this club are now suggesting they don’t recognise the authority of Uefa and are outraged that they are judge, juror and executioner.”

Jordan’s comments come ahead of City’s match against West Ham at the Etihad in their first game since UEFA’s ruling.

The original match was postponed due to Storm Ciara and is also City’s first match following their winter break.

Pep Guardiola has pledged his future to the club regardless of the outcome of UEFA’s sanctions and has urged his City squad to stick together.