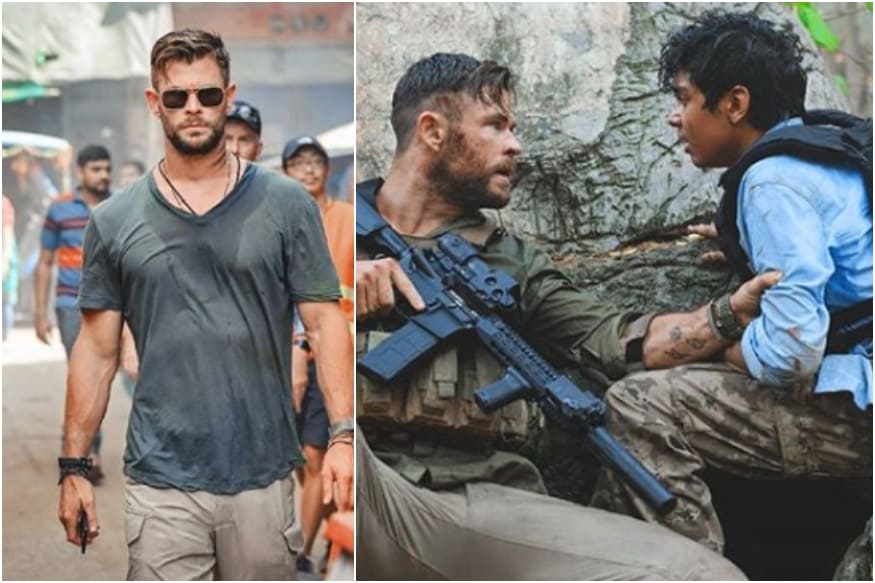 Chris Hemsworth in stills from ‘Extraction’

Chris Hemsworth is back in a whole new avatar. The Thor star will be a part of the Netflix original Extraction which will be released on April 24, 2020. Though the trailer of the film is yet to be released, some pictures have surfaced on the internet and Hemsworth’s fans can’t get enough of them. In the photos, the handsome hunk is seen wearing an army uniform and holding a gun. In another image, Hemsworth is walking on a crowded street in a casual look, wearing a T-shirt and a pair of trousers.

Previously titled Dhaka, the film marks the directorial debut of Sam Hargrave, known for serving as second unit director on movies such as Atomic Blonde and The Accountant. Joe Russo of the directing duo Russo Brothers, who previously collaborated with Hemsworth on Marvel films Avengers: Infinity War and Avengers: Endgame, has penned the story of Extraction.

Talking about Extraction, Hemsworth had said in an interview that the new role has ‘re-energized’ him. “It awakened the young teenager in me again. Not to say I’m pushing my limits or I’m over the hill in any way, but you notice through the years things like, ‘Oh, there’s a little hitch in my knee that wasn’t there before or a tweak in my shoulder I didn’t notice,” he had added.

The director of Extraction, Sam Hargrave gave his insight on Hemsworth’s character Tyler Rake. “You’ve got a guy who has a dark past and has done some very violent things as a way to make a living. The interesting thing about the character isn’t his physical bravery, but his emotional cowardice,” Hargrave was quoted as saying by an entertainment website.