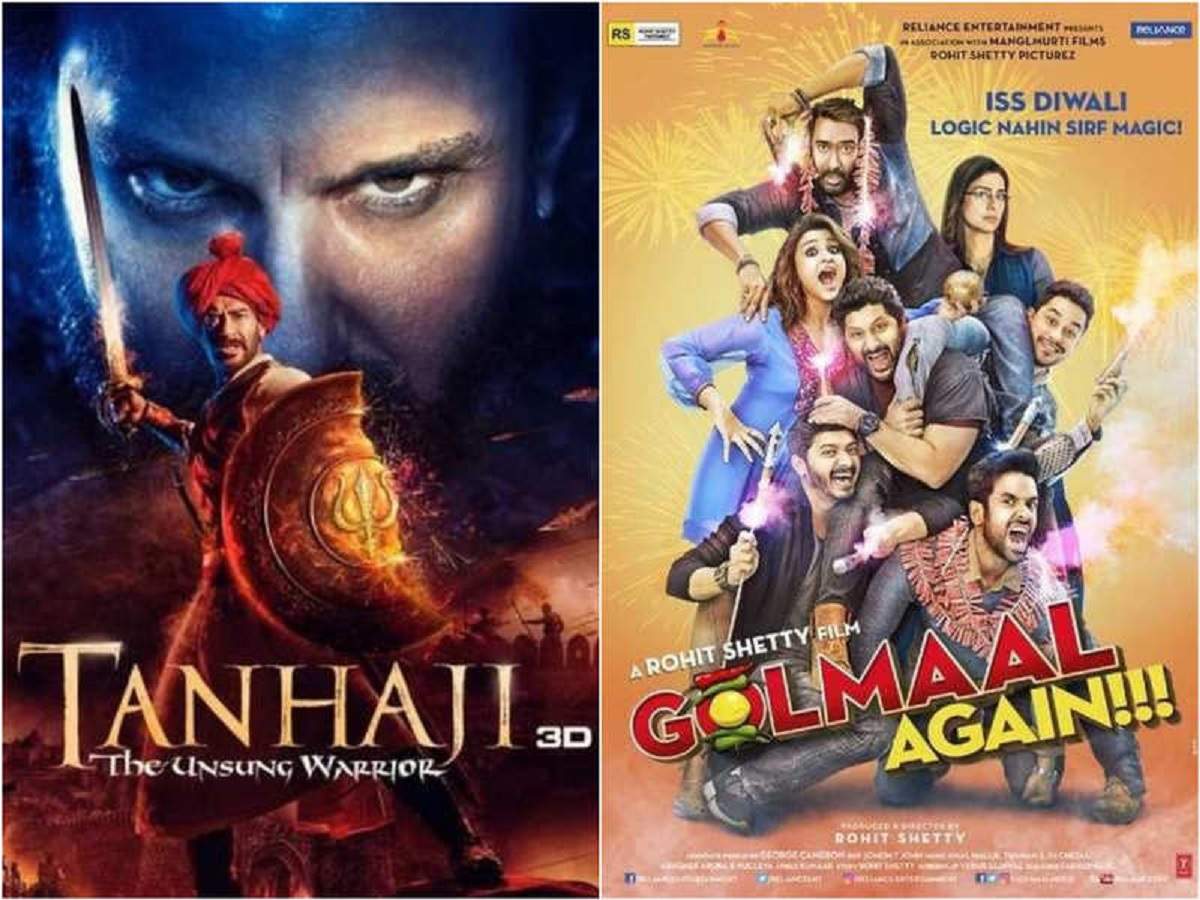 Om Raut directorial 'Tanhaji: The Unsung Warrior' which stars Ajay Devgn, Kajol and Saif Ali Khan in pivotal roles is inching closer towards the Rs 350 crore plus mark worldwide. The period drama has now become Ajay's highest-grossing film worldwide, surpassing the numbers of 'Golmaal Again' which had collected Rs 311 crore. According to the…

According to the latest Box Office India report, ‘Tanhaji: The Unsung Warrior’ ($4.6 million)might be on the lower side of the overseas collections as compared to ‘Golmaal Again’ ($7.2 million) but its phenomenal run in the domestic circuit has helped it excel overall. The report further reveals that the collections of Ajay’s period drama in US/Canada are almost half the overseas total but the numbers in the Gulf have suffered as patriotic films tend to do a little less there. The worldwide figure of ‘Tanhaji: The Unsung Warrior’ will be the 16th highest ever putting it with the likes of Salman Khan‘s ‘Kick’ and Ranveer Singh‘s ‘Bajirao Mastaani’.

Here is a break up of ‘Tanhaji: The Unsung Warrior’ collections:

Meanwhile, Ajay is currently gearing up for his upcoming sports drama ‘Maidaan’ which is a biopic on football legend Syed Abdul Rahim. Apart from that, the maverick actor also has a war drama ‘Bhuj: The Pride Of India’ in his kitty along with SS Rajamouli’s multi-starrer ‘RRR’. Ajay will also be making a special appearance in Akshay Kumar and Katrina Kaif‘s cop drama ‘Sooryavanshi’ along with Ranveer Singh.