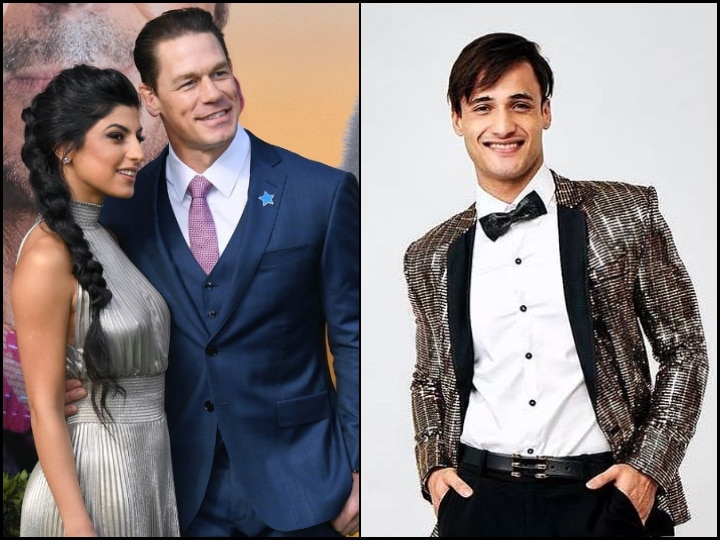 WWE superstar John Cena, who shared pictures of Asim Riaz on social media, is rumoured to be engaged to his girlfriend. By : ABP News Bureau | 18 Feb 2020 08:14 PM (IST) (Source- Instagram) New Delhi: Khan’s ‘Bigg Boss 13’ managed to keep the viewers hooked on to their television sets with its blockbuster…

WWE superstar John Cena, who shared pictures of Asim Riaz on social media, is rumoured to be engaged to his girlfriend.

New Delhi: Khan’s ‘Bigg Boss 13’ managed to keep the viewers hooked on to their television sets with its blockbuster episodes. Popular TV star Sidharth Shukla emerged as the winner and took home a cash prize of Rs 50 lakh. Asim Riaz, who finished as the first runner-up of ‘BB 13’, received a lot of support on social media. Several fans extend their support to Asim and praised him for his game in the show.

The likes of Gauahar Khan, Shilpa Shinde and Ajaz Khan supported Asim throughout the season. What came as surprise was a post from WWE superstar John Cena on social media. The 16-time WWE champion shared a picture of Asim Riaz twice on Instagram, making the fans go berserk.

Gossip mills are buzzing with the rumours that John Cena has got engaged to his girlfriend Shay Shariatzadeh. The rumours gained momentum when a picture of Shay sporting a huge diamond ring was shared by a fan on social media.

John Cena added fuel to the rumours of his engagement by sharing two pictures on Instagram, which hinted that he has popped the question to his girlfriend. He shared a random photo with had the words, “Stone Cold Sweethearts, Say Yes”.

Several Asim Riaz’s fan have flooded the post with their messages. Check out the picture!

Check out some pictures of John Cena with his girlfriend Shay Shariatzadeh!

Shah works as an electrical engineer and project manager. She was first spotted with Cena in March 2019. Since then, speculation about their relationship has been rife in the media.

John Cena was earlier in a relationship with former WWE Divas Champion Nikki Bella.  Nikki is currently dating her ‘Dancing With The Stars’ partner Artem Chigvintsev. She is pregnant with their first child.