Skip to content
Mirror Desk 9 months ago 6 min read
NEW DELHI: The Bangladesh U-19 bowlers gave Indian openers Yashasvi Jaiswal and Divyaansh Saxena a hostile welcome to the crease in the ICC Under-19 World Cup final in Potchefstroom recently. Bangladesh bowlers Shoriful Islam and Tanzim Hasan Shakib directed verbal volleys at especially Yashasvi, who was already the standout batsman of the tournament from the…

NEW DELHI: The Bangladesh U-19 bowlers gave Indian openers Yashasvi Jaiswal and Divyaansh Saxena a hostile welcome to the crease in the ICC Under-19 World Cup final in Potchefstroom recently. Bangladesh bowlers Shoriful Islam and Tanzim Hasan Shakib directed verbal volleys at especially Yashasvi, who was already the standout batsman of the tournament from the word go in the summit clash. But Yashasvi kept his cool and, with his calm and composed demeanor, went on to score 88 on a tough pitch.

“That was because of Dravid (Rahul Dravid) sir and Sachin sir (Sachin Tendulkar). They always told me one thing – ‘talk with your bat not with your mouth’. So, I always keep that advice on top of my list. And that’s why I stayed calm and didn’t respond to any of the sledge (in the final against Bangladesh). That’s I was smiling. I wanted to bat for long and put as many runs on the board. This was the only thing going in my mind at that point of time,” Yashasvi told Timesofindia.com in an exclusive interview.

Yashasvi’s 121-ball patient knock helped India post 177 on the scoreboard. But the total wasn’t enough, as India suffered a three-wicket loss (DLS) and failed to win the title. 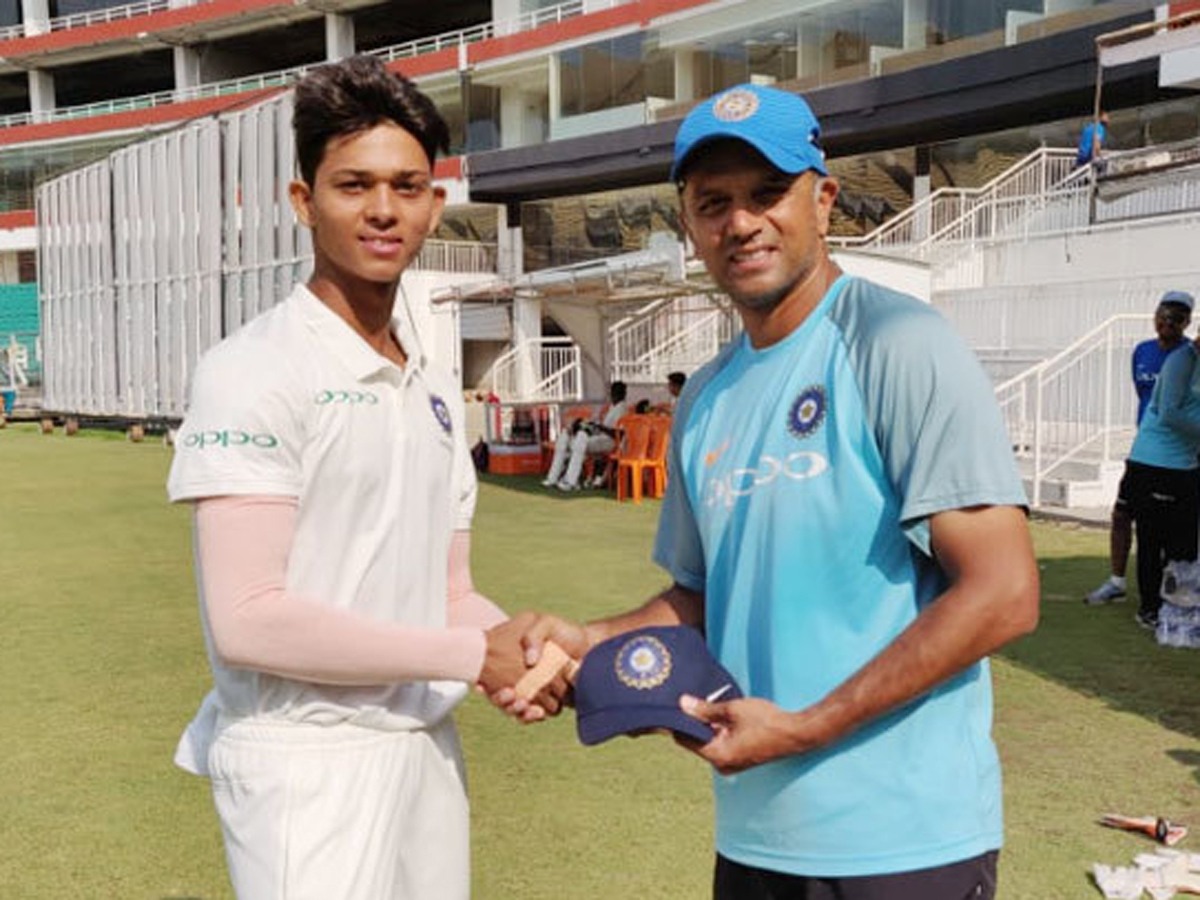 “I am really happy with my performance, but I would have been much happier if had I won the World Cup for my country. It was an amazing experience altogether. I got to play on different pitches, in different environments and conditions. The top-most thing I learnt is how to handle pressure. I enjoyed batting in New Zealand,” the youngster said.


After India were bowled out for a paltry 177, India Under-19 coach Paras Mhambrey gave a motivational pep talk to the boys and ensured they went back on the field with a winning mindset.

“Let’s fight, we all have to be on our toes – that’s what Paras (Mhambrey) sir told us when we were going onto the field. He is an amazing coach. He showed trust in us and gave us liberty (to express ourselves). Apart from him, I want to thank selectors Aashish (Kapoor) sir, Mohanty sir and Rakesh Parikh sir. I was a middle order batsman initially but these people showed faith in me and gave me the opportunity to open the innings. I am really thankful to them. I really had a good time with the Indian team and the coaching staff,” the 18-year-old told TimesofIndia.com. 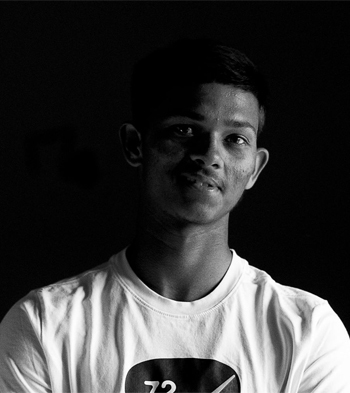 Yashasvi also heaped praise on leg-spinner Ravi Bishnoi who produced a valiant effort in the summit clash, returning figures of 4 for 30 in his allotted 10 overs. Bishnoi also finished the tournament as the highest wicket taker with 17 wickets in 6 matches at an astonishing economy of 3.48. With his googlies, Bishnoi reduced Bangladesh to 102/6 at one stage but that wasn’t enough to stop Bangladesh in a low-scoring final.

“He (Ravi Bishnoi) bowled really well. We all appreciated his efforts. I was continuously telling him – be calm and try to bowl in good areas and don’t be excited. It was a high-tension game. It was thrilling. At one point of time, we thought we were in the game but some more runs could have turned the match in our favour. Bishnoi’s performance was commendable in the tournament,” Yashasvi said.

One bad day and the road ahead


India entered the final after beating top sides like Australia, South Africa and New Zealand but faltered at the final hurdle and had to be content with the runners-up tag.

Bangladesh produced a stunning fightback against India to win the Under-19 World Cup title for the first time. After restricting India to 177 , Bangladesh were tottering at 106 for 6, before their captain Akbar Ali got them back on track.

A short rain-break meant a revised target of 170 from 46 overs, with Rakibul Hasan scoring the winning runs to secure a title win. 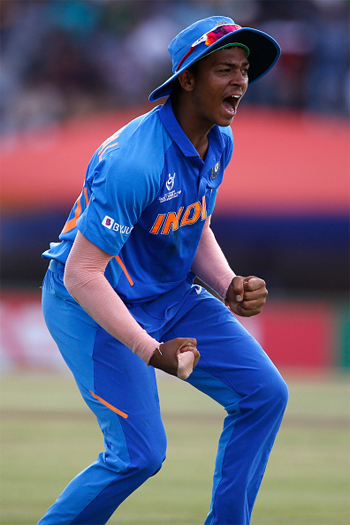 “It was just one bad day for all of us. For us though, it is now in the past . The players don’t want to discuss it. We played, we learnt and now we all have to go miles ahead in our career. We gave our best in the tournament. Every single player in the team gave their everything and that’s why we entered the final. The wicket wasn’t good. It wasn’t easy to play shots on that wicket,” Yashasvi said. India were chasing their fifth ICC U-19 World Cup title this time under the leadership of Priyam Garg. Mohammad Kaif (2010), Virat Kohli (2008), Unmukt Chand (2012) and Prithvi Shaw (2018) guided their teams to their respective title wins previously.

But Yashasvi wants to take it one step at a time.

“I am not thinking about my future right now. I want to live in the present and focus on my game. I know I have to work really hard. I have got this platform (Under-19 World Cup) and it’s a big thing for me. Very few in this world get the chance to represent their country and I did and that’s a big thing for me. I have only one aim and that is to represent India (senior team) someday. That’s the ultimate goal and I will work hard for it,” the left handed opening batsman told TimesofIndia.com.


When Yashasvi was leaving for the U-19 World Cup, he promised his childhood coach Jwala Singh that he will sign off the tournament as the highest run-getter and the 18 year old who moved to Mumbai from Bhadohi in Uttar Pradesh made sure he delivered on that promise. The 18-year-old Jaiswal was the highest run-getter in the tournament with 400 runs in 6 matches at a mind-boggling average of 133.33, including an unbeaten century against Pakistan in the semifinal.

With one century and four half-centuries under his belt, the dashing left-hander smashed 39 boundaries and 10 sixes in the tournament to bag the ‘Man of the Tournament’ award. 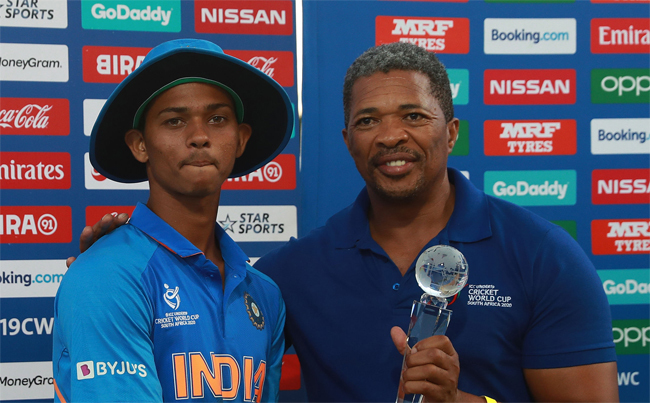 
Jwala Singh took Yashasvi under his wings when the boy from Uttar Pradesh was just 11. He is the man who is instrumental in giving Yashasvi the direction and purpose he lacked in his cricket before they met.

Yashasvi was having a tough time financially when he moved to Mumbai and was forced to live in tents for three years at Azad Maidan and sell
paani puris to make a living, all while chasing his one true dream – to play cricket for India. After Jwala Singh spotted him and decided to train him, things changed for the better for Yashasvi.

“Jwala sir has always been with me. Whatever I am today, it is because of him. You know my story – living in tents etc. I got support from Jwala sir at every step. He hardly praises me and that’s a sign of a good coach. When I met him, he pointed out the bad shot I played in the final. He said you could have scored more and got to a century too had you judged that particular delivery well. He hugged me and said now you have to practice more and more,” Yashasvi said. 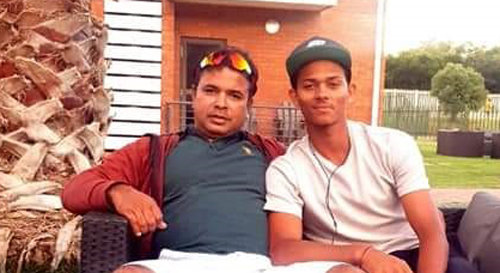 Praising his ward,
Jwala Singh said: “I am happy with Yashasvi’s performance. Ahead of the World Cup, Yashasvi called me and said, I have been selected in the Indian team. I said, Yash, you are already with the Indian team for the last few years. What’s new in that? He said, ‘coach I am going to the World Cup’. I was extremely happy with that. I said, all I want you to do is become the highest run-getter in the tournament. Yashasvi fulfilled the promise really well. But I would have been happier If India returned with the trophy. Indian team performed really well. They all put up a brave fight.”

“I know Yashasvi well. He is talented and the best part is that he is focused. That’s what keeps him grounded,” a proud coach who is a father figure for Yashasvi said.

“I am looking forward to meeting Sachin sir. I have to ask him a lot of things. I will request him to meet me whenever he has time,” Yashasvi signed off.